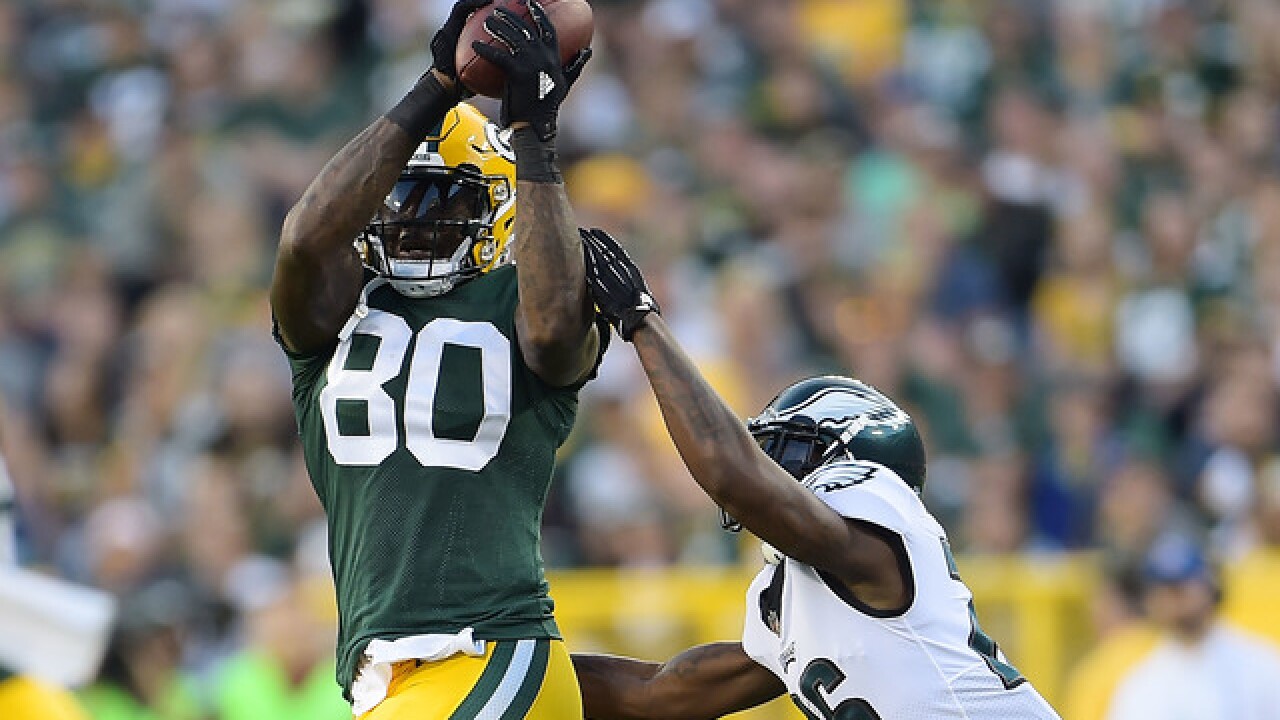 Copyright 2018 Scripps Media, Inc. All rights reserved. This material may not be published, broadcast, rewritten, or redistributed.
Stacy Revere
GREEN BAY, WI - AUGUST 10: Martellus Bennett #80 of the Green Bay Packers catches a pass in front of Jaylen Watkins #26 of the Philadelphia Eagles during the second quarter of a preseason game at Lambeau Field on August 10, 2017 in Green Bay, Wisconsin. (Photo by Stacy Revere/Getty Images)

Martellus Bennett redesigned the logos of every NFL team he played for the in the past--except the Green Bay Packers.

We asked Martellus Bennett to reimagine the logos of the teams he played for. Here’s what he came up with. pic.twitter.com/byWyKKy5cl

Bennett, who retired after 10 seasons and is now a children's book author, sat down with Sports Illustrated to re-draw the logos of the Giants, Cowboys, Bears and Patriots.

He re-drew the Giants as a big, blue monster, the Cowboys as an actual cowboy, the Bears as a bear with a frown because "bear fans are sad" and the Patriots as a big W because "all they do is win."

Bennett made no mention of the Packers, a team he signed with prior to his final NFL season and played seven games for.

But it's understandable considering Bennett didn't leave Green Bay under the best circumstances. The Packers chose to release him after they claimed he failed to disclose his physical condition.

Bennett said in a long Instagram post   that he chose to have surgery but that Packers team physician Pat McKenzie, "didn't make me feel safe and was pushing to play."

He added, "I chose my health over my 'team.' They chose money over me."

After his release from the Packers, he was signed by the New England Patriots and played in the team's next game.

Packer players were quick to defend team doctors, Aaron Rodgers, Jordy Nelson and Ha-Ha Clinton-Dix were all vocal on social media in either defending McKenzie or attacking Bennett.

"I've been working with Dr. McKenzie for 13 years, and as well as being a phenomenal doctor, he's also become a close friend," Rodgers said.

In his seven games in green and gold, Bennett caught 24 balls for 233 yards and 0 touchdowns . He brought in 63 percent of his targets.