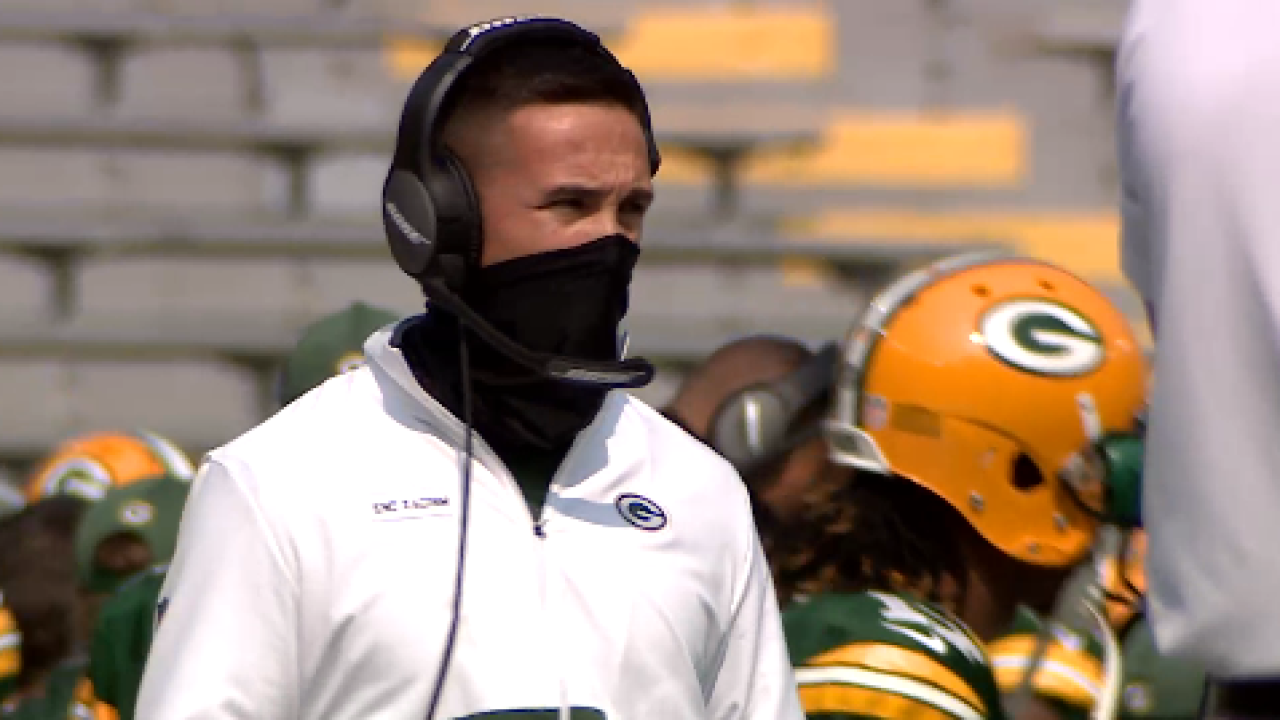 Packers coach Matt LaFleur on the sideline during the team's 42-21 win over the Detroit Lions on Sunday, September 20, 2020.

GREEN BAY — Green Bay Packers coach Matt LaFleur says his years working for Dan Quinn on the Atlanta Falcons’ staff helped him learn how to lead a team that could enjoy itself while contending for championships.

The two former colleagues face off Monday night with LaFleur leading the league's highest-scoring offense while Quinn occupies one of the hottest seats in the NFL.

LaFleur was the Falcons’ quarterbacks coach in 2015-16 during the first two seasons of Quinn's tenure in Atlanta.

The Falcons won the NFC championship in 2016 before blowing a 28-3 lead in a Super Bowl overtime loss to the New England Patriots.