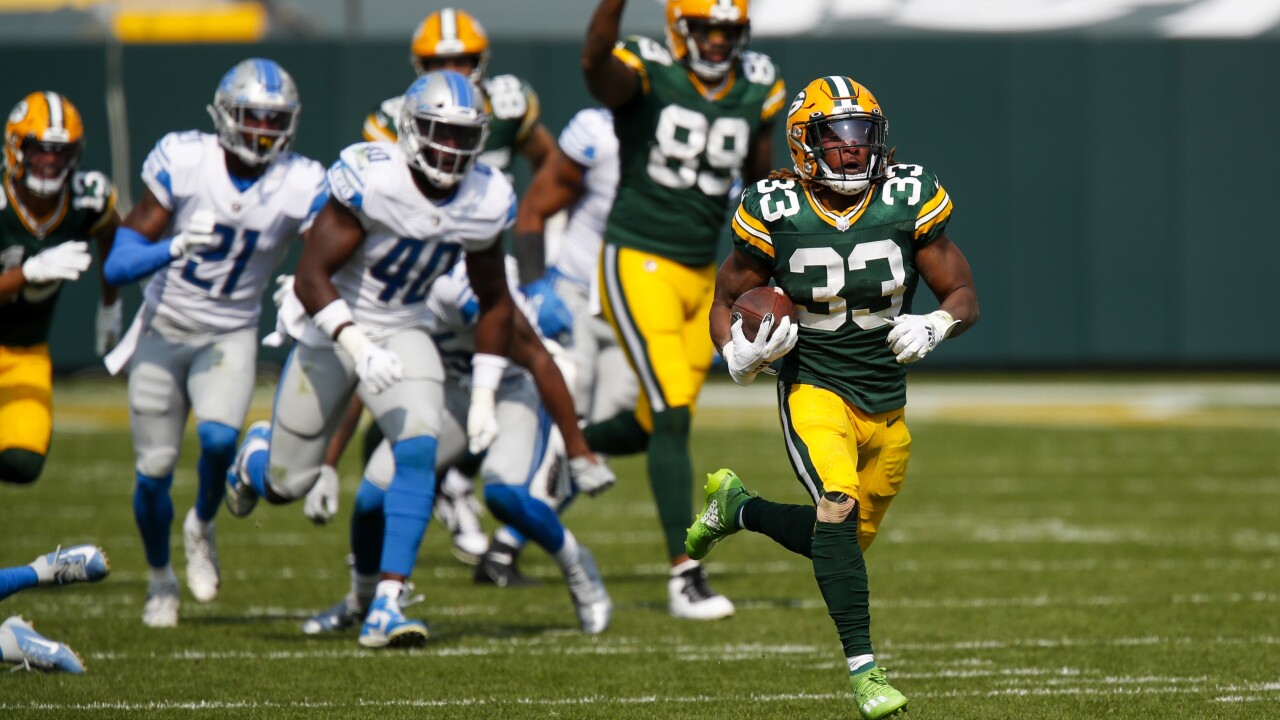 Matt Ludtke/AP
Green Bay Packers' Aaron Jones runs for a touchdown during the second half of an NFL football game against the Detroit Lions Sunday, Sept. 20, 2020, in Green Bay, Wis. (AP Photo/Matt Ludtke)

GREEN BAY, Wis. (AP) — Aaron Jones rushed for a career-high 168 yards and scored three touchdowns, including a 75-yard breakaway, as the Green Bay Packers rallied from an early 11-point deficit to beat the Detroit Lions 42-21.

Jones also had a team-high 68 yards receiving on four catches as the Packers won their home opener for an eighth consecutive year.

Aaron Rodgers was 18 of 30 for 240 yards with touchdown passes to Jones and Robert Tonyan.