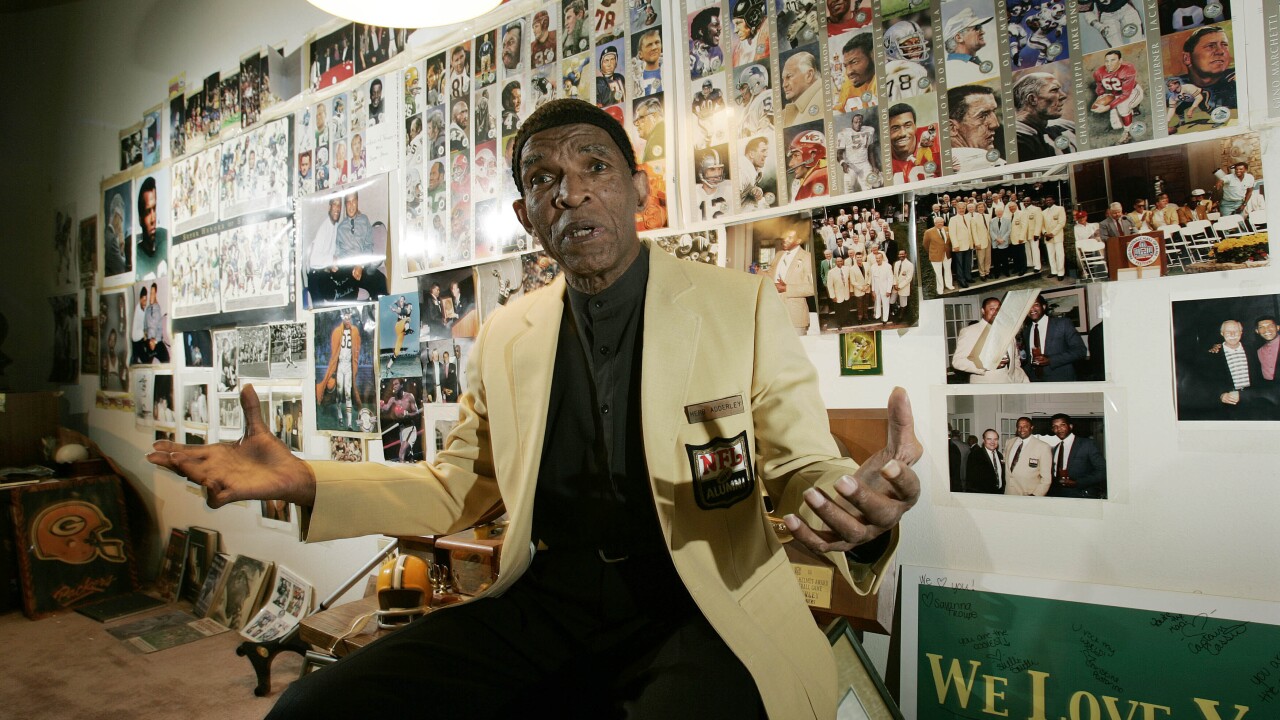 Mel Evans/AP
FILE - In this Oct. 2, 2008, file photo, former NFL player Herb Adderley speaks as he sits in a room full of memorabilia from his playing days at his home in Mantua, N.J. Hall of Fame cornerback Herb Adderley has died. He was 81. His death was confirmed Friday, Oct. 30, 2020, on Twitter by nephew Nasir Adderley, a safety for the Los Angeles Chargers. Adderley played on six NFL title teams over a 12-year career with Green Bay and Dallas. (AP Photo/Mel Evans, File)

The Hall of Fame cornerback Herb Adderley has died. His death was confirmed on Twitter by cousin Nasir Adderley, a safety for the Los Angeles Chargers.

No details were given.

Adderley played on six NFL title teams over a 12-year career with Green Bay and Dallas.

He was a star running back at Michigan State, but Packers coach Vince Lombardi switched him to defense. He played in four of the first six Super Bowls.

He won five titles with Green Bay and one with Dallas.

Along with former teammates Fuzzy Thurston and Forrest Gregg, Adderley is one of three players in pro football history to play on six championship teams. After his retirement, Adderley was a crusader for the rights of former players. Herb Adderley was 81.