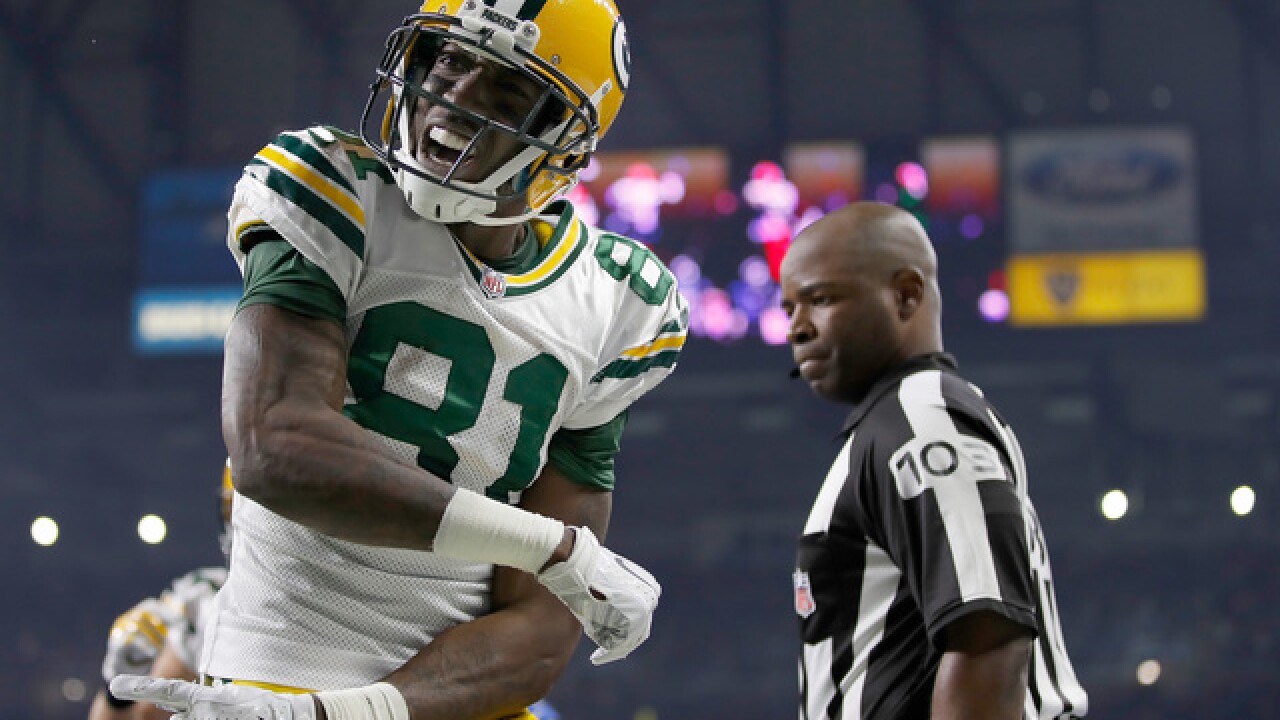 Image copyright 2017 Getty Images. All rights reserved. This material may not be published, broadcast, rewritten, or redistributed.
Gregory Shamus
<p>DETROIT, MI - JANUARY 1: Geronimo Allison #81 of the Green Bay Packers celebrates his touchdown catch against the Detroit Lions during fourth quarter at Ford Field on January 1, 2017 in Detroit, Michigan. (Photo by Gregory Shamus/Getty Images)</p>

Allison played in 10 games in 2016. He caught 12 balls for 202 yards, and is expected to take over a bigger role in the offense this season. The second-year wideout was a training camp star last summer after signing with Green Bay as an undrafted free agent out of Illinois.

Allison is missing the Packers' opener against the Seattle Seahawks on Sept. 10 at home.