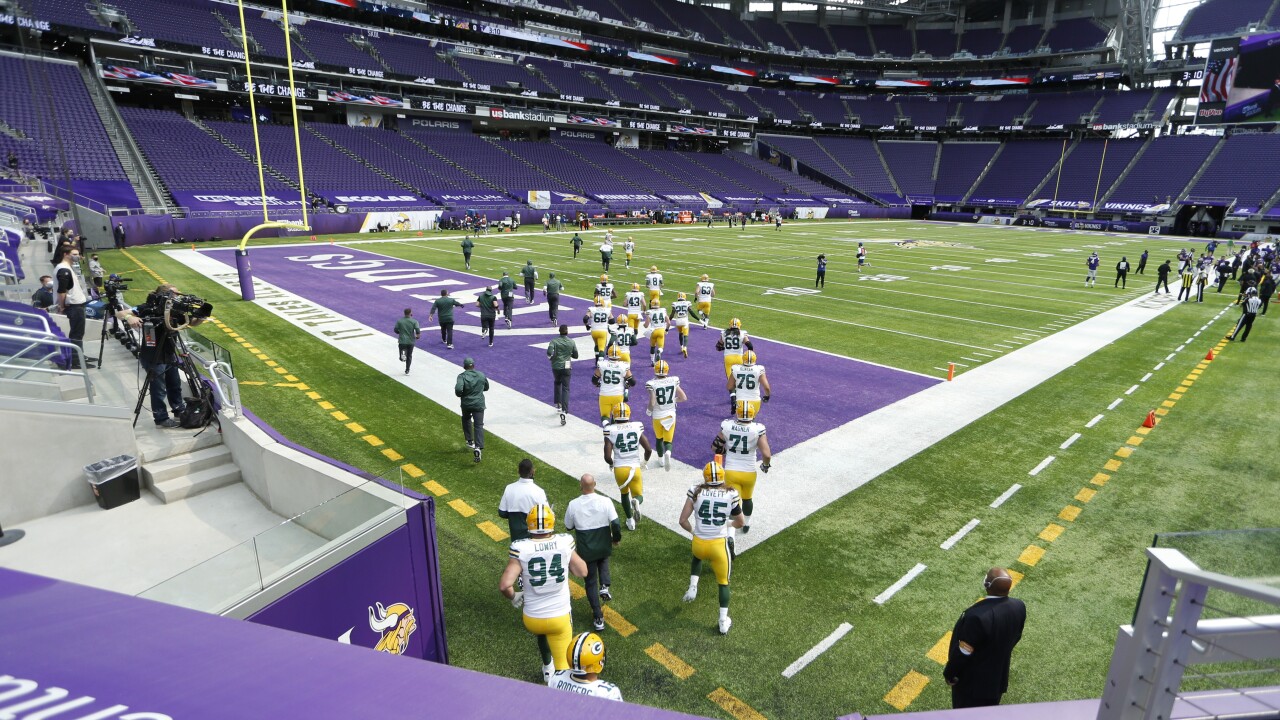 GREEN BAY — The Green Bay Packers were not on the field for the National Anthem before their game on Sunday.

As the National Anthem played before the game, the Packers were nowhere to be seen. However, their opponent, the Minnesota Vikings, were on the field.

"The Green Bay Packers respect the national anthem and United States flag and all that they represent, including the right to express ourselves. We decided as a team to remain in the locker room during the playing of the national anthem and 'Lift Every Voice and Sing' so as to not distract from our message that we stand united for social justice and racial equality. This is part of our continued call on our leaders to engage in meaningful dialogue that results in change. We feel it is important for all of us to participate in these difficult conversations with humility and be open to different perspectives."

The move comes a few days after the Houston Texans and Kansas City Chiefs stood in unity before their game on Thursday. That move, however, resulted in some booing from fans.