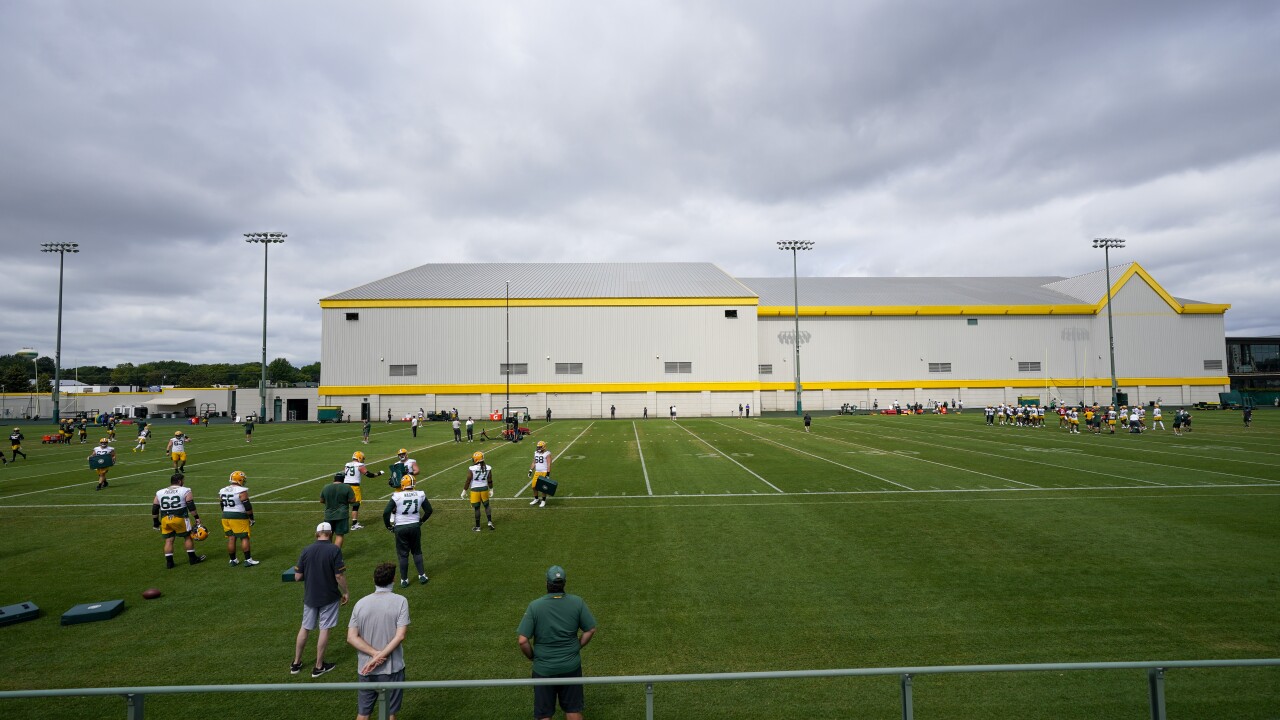 GREEN BAY — The Green Bay Packers have postponed their Thursday practice amid growing protests in the sports world regarding the police shooting of Jacob Blake.

The Packers were planning a 10:30 a.m. practice, but say they postponed the session and will update further availability later.

On Wednesday, the Milwaukee Bucks did not take the floor for Game 5 of their playoff series against the Orlando Magic and the NBA later postponed the two more scheduled game. The Milwaukee Brewers and Cincinnati Reds decided not to play their game Wednesday night "to pause and reflect" on the social unrest.

The team issued a statement on Monday in response to the Blake shooting saying "We are deeply troubled at what again has become a painful example of the significant challenges we face with respect to police brutality, systemic racism, and injustices against Black people. We continue to call for meaningful dialogue to affect the needed change we all desire."
Quarterback Aaron Rodgers, head coach Matt LaFleur, and other players spoke out about racial injustice earlier in the week, with Rodgers urging legislators to take a hard look at "the antiquated laws that still exist in this state."