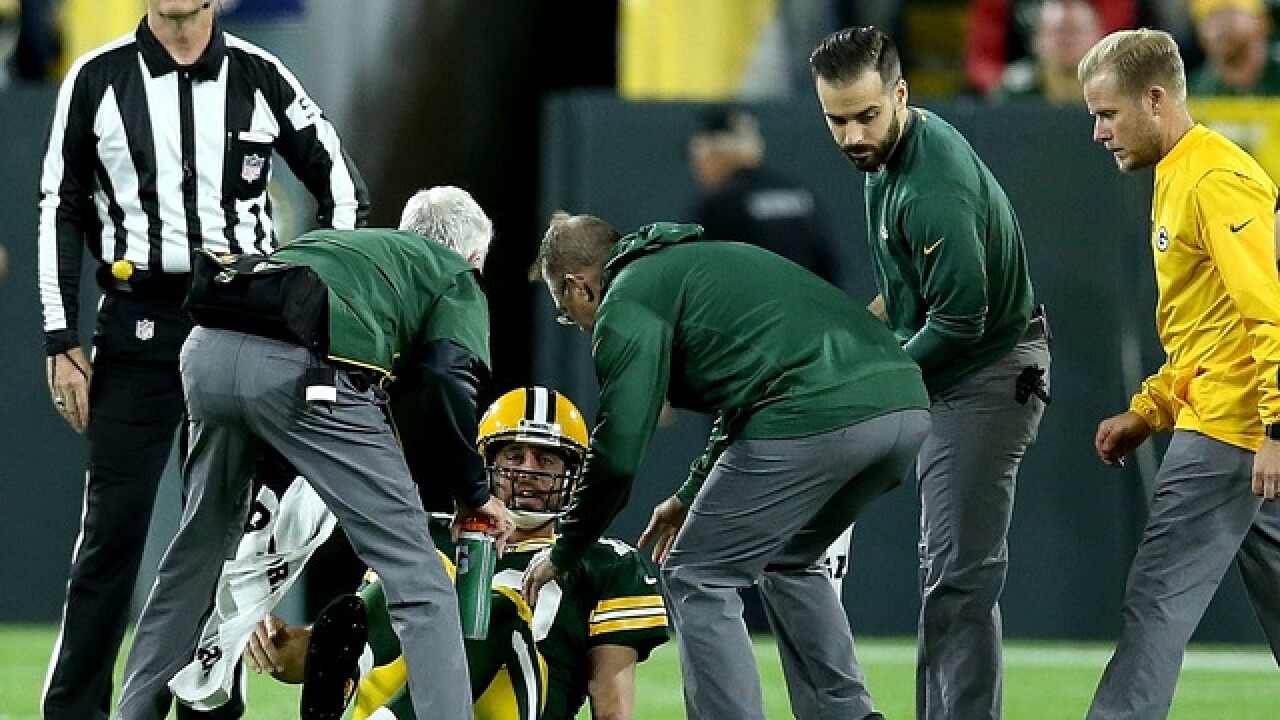 GREEN BAY -- Less than a game into the Packers 2018 campaign, fans thought they were doomed.

Quarterback Aaron Rodgers went down in the second quarter with a severe-looking knee injury. It was to the point, Rodgers didn't appear to be able to put any weight on his left leg and had to be carted to the locker room.

"I just thought, well our season is over," Rachel Carlberg said. "What are we going to do now?"

"It's the beginning of another horrible season, " Vida Langenkamp said.

"My partner was in the kitchen and I was thinking, oh my god do I tell her?" Donna Blethen said. "I said, they're carting Aaron off and she's like what?"

The nightmare was short lived. At the start of the second half, number 12 came trotting out onto the field, ready to come back in the game.

But he did more than just come back. He led an incredible 20 point comeback, beating the Bears.

"When he stood there and flung that one all the way into the end zone, I'm like this man is superhuman," Blethen said.

"He is a legend and elite for a reason," Carlberg said. "You're never out of it when you have Aaron Rodgers on the field."

Rodgers told Michele Tafoya confidently, he would play next week against the Vikings. That sound you hear is a collective sigh of relief across all of Wisconsin.