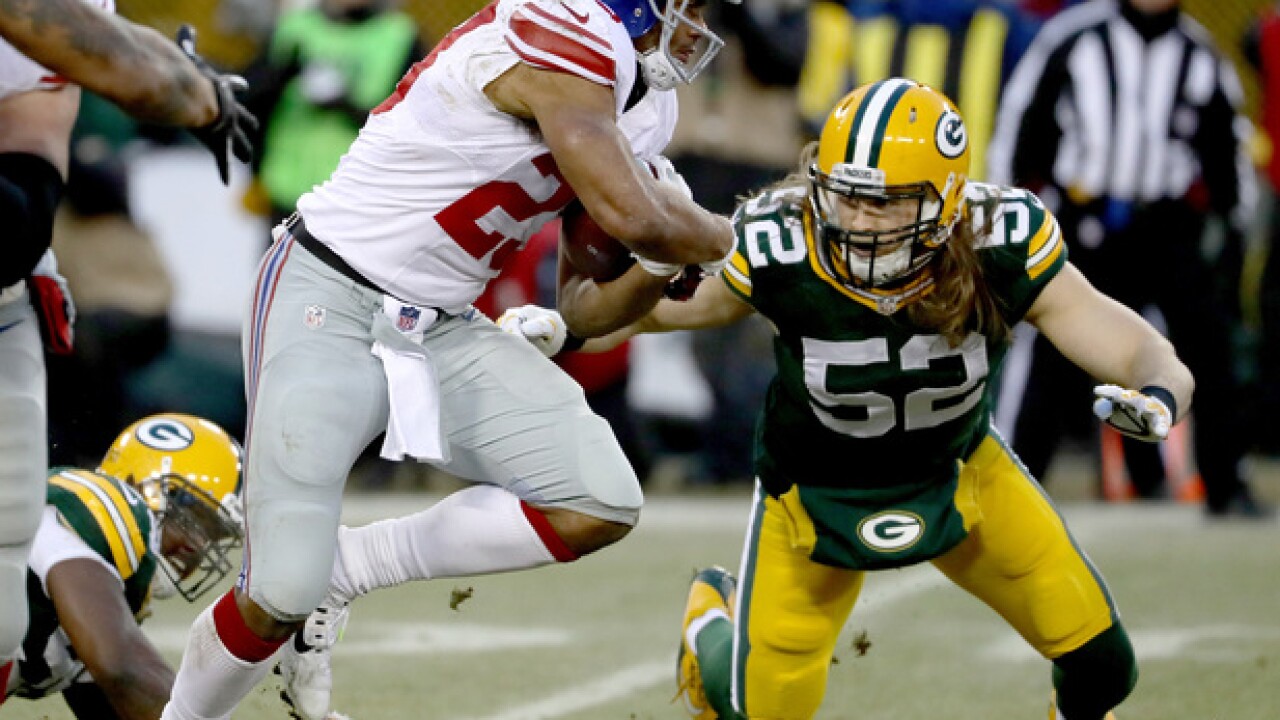 Image copyright 2017 Getty Images. All rights reserved. This material may not be published, broadcast, rewritten, or redistributed.
Jonathan Daniel
<p>GREEN BAY, WI - JANUARY 8: Rashad Jennings #23 of the New York Giants runs with the ball past Clay Matthews #52 of the Green Bay Packers in the first quarter during the NFC Wild Card game at Lambeau Field on January 8, 2017 in Green Bay, Wisconsin. (Photo by Jonathan Daniel/Getty Images)</p>

The Green Bay Packers drafted three running backs in April to back up Ty Montgomery, but the team still may not be done addressing backfield needs.

Free agent running back Rashad Jennings was on SiriusXM Radio on Thursday, and said he has spoken with five teams so far, including the Packers.

FA RB @RashadJennings : It is a wait and process for me right now. Simple conversations with #Lions , #Packers , #Ravens , #Rams , & #Dolphins .

Jennings, 32, spent the last three seasons with the New York Giants. He averaged 3.3 yards per carry over 181 attempts in 2016 before he was released in February.

Green Bay moved Montgomery to the running back position last season after Eddie Lacy injured his ankle. Over the final 10 games, the dual-threat back totaled 701 yards on 106 touches on the ground and through the air. He figures to be the starting running back this season no matter what happens with Jennings.

If the Packers do bring in Jennings, he will compete for time with rookies Jamaal Williams and Aaron Jones, fourth and fifth-rounders respectively this past April. Green Bay also selected Utah State running back Devante Mays in the seventh round.