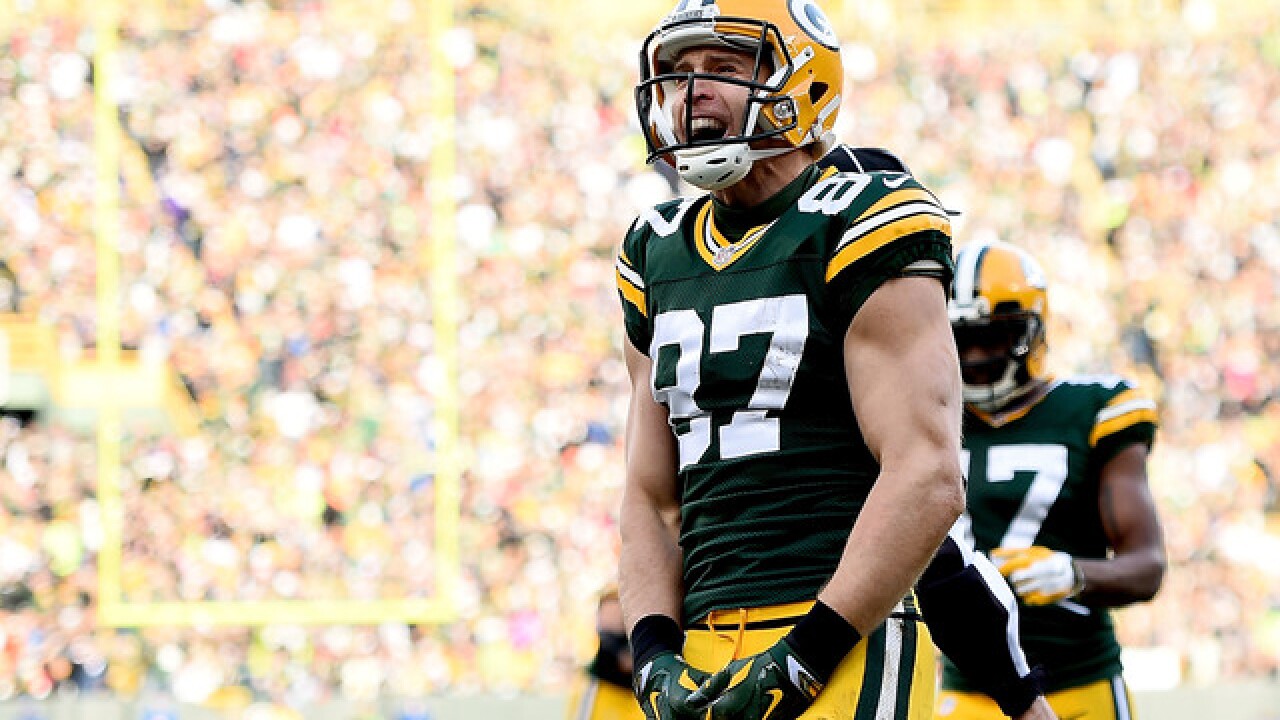 Image copyright 2017 Getty Images. All rights reserved. This material may not be published, broadcast, rewritten, or redistributed.
Stacy Revere
<strong>10. Jordy Nelson wins Comeback Player of the Year</strong><br /> Nelson missed the entire 2015 season with an ACL injury, and got off to a slow start during his 2016 campaign. But just as the Packers heated up, so did Jordy - he finished with a league-high 14 touchdown receptions.

GREEN BAY, Wis. -- Former Green Bay Packers wide receiver Jordy Nelson will be inducted into the Kansas Sports Hall of Fame in October, according to a report on Packers.com.

Nelson will be enshrined in the hall on October 4, the report says. He is also set to be inducted into the Wisconsin Athletic Hall of Fame.

Long a fan favorite in Green Bay, Nelson played 10 of his 11 NFL seasons with the Packers before spending one year with the Oakland Raiders. Nelson was a Super Bowl XLV champion in 2010 and was a Pro Bowler in 2014.

Before this time with the Packers, Nelson was a star for Kansas State, where he was a consensus All-American and holds multiple school records, according to Packers.com.

Get more information on the Kansas Sports Hall of Fame's website here.