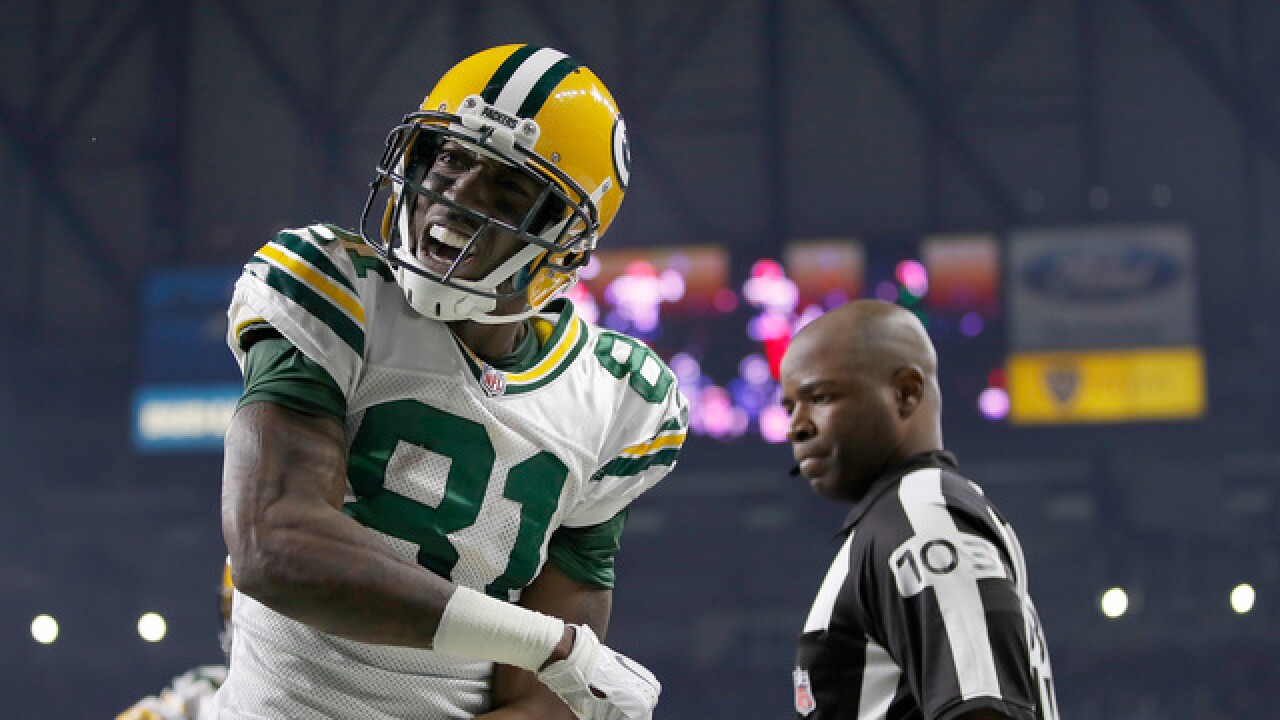 Image copyright 2017 Getty Images. All rights reserved. This material may not be published, broadcast, rewritten, or redistributed.
Gregory Shamus
<p>DETROIT, MI - JANUARY 1: Geronimo Allison #81 of the Green Bay Packers celebrates his touchdown catch against the Detroit Lions during fourth quarter at Ford Field on January 1, 2017 in Detroit, Michigan. (Photo by Gregory Shamus/Getty Images)</p>

GREEN BAY — The Detroit Lions have come to an agreement with former Packers wide receiver Geronimo Allison, according to ESPN.

Allison spent four seasons with Green Bay, filling in an empty spot left by Randall Cobb during the 2019 season. The Packers had hoped Allison would fill their No. 2 wide receiver spot, but Allison never seemed to step up.

According to ESPN, Allison finished the 2019 season sixth on the team with 34 receptions, and four drops.

In 2018, Allison was placed on injury reserve due to a groin injury that required surgery. He also missed two games due to a concussion.

Allison will now likely be taking up the No. 4 spot with the Lions beginning this season.

With Geronimo Allison heading to the Lions, the Packers are now left with wide receivers Davante Adams, Allen Lazard, and Jake Kumerow.