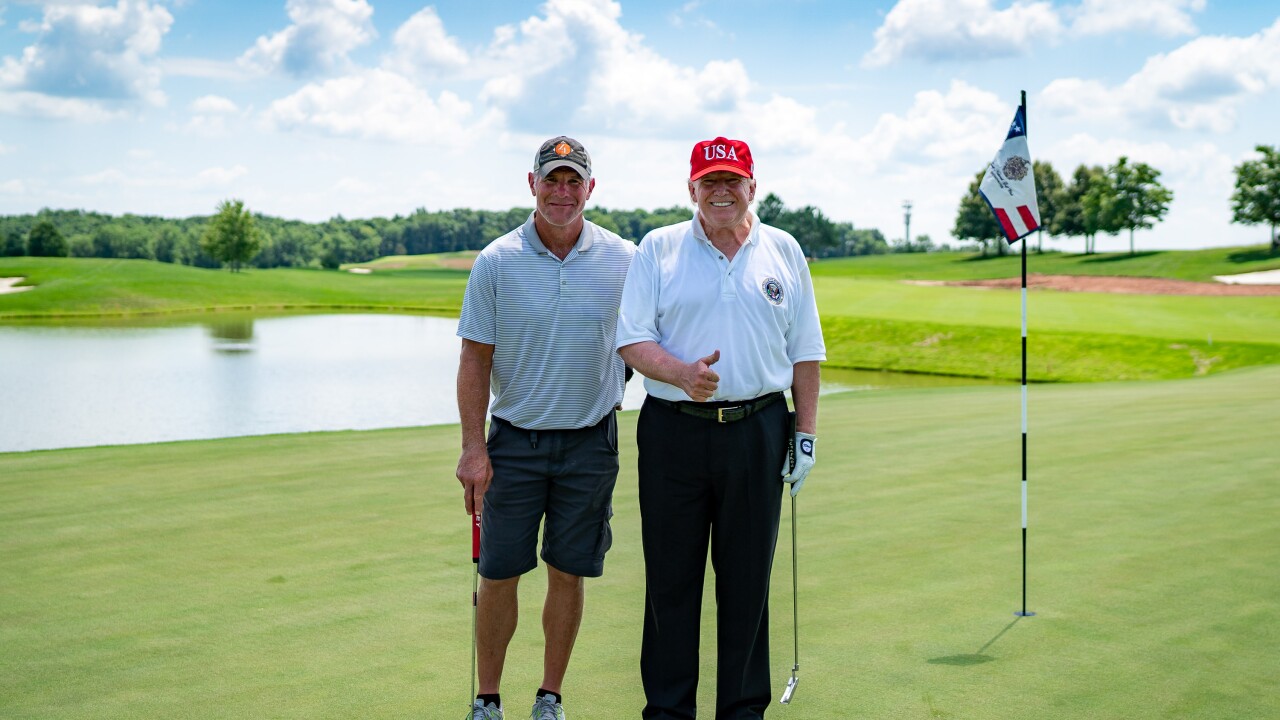 According to the White House, Favre and Trump spoke about the role sports should play in reopening the country amid the coronavirus pandemic.

Favre and the president played at the Trump National Golf Club in Bedminster, New Jersey.

On Friday, the NFL Players Association (NFLPA) announced that it had reached an agreement with players on moving forward with the 2020 season.

The NFLPA said that its board approved the deal by a 29-3 margin.