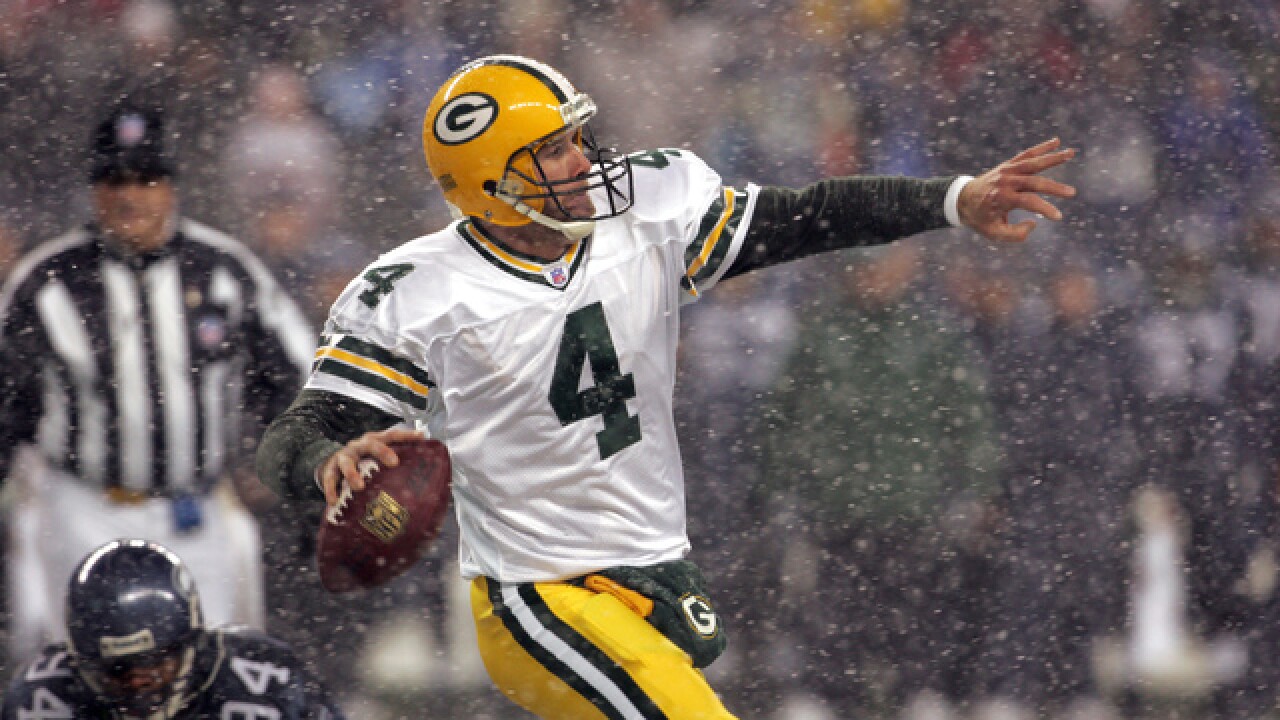 The Pro Football Hall of Fame unveiled its list of 25 semifinalists for selection to be inducted in 2016.

It seems as if it's just a formality for Brett Favre to be among them, but the Hall formalized the next step by naming him a semifinalist for the honor on Tuesday.

He joins Kevin Greene, a linebacker in his playing days who was an assistant coach with the Packers in their 2010 Super Bowl championship season.

Favre will have his number retired by the Green Bay Packers on Thanksgiving night during halftime of their game against the Chicago Bears (5 p.m. on 620WTMJ, 7 p.m. on TODAY'S TMJ4 and NBC26).

You can watch or listen to the number retirement ceremony on all those stations.