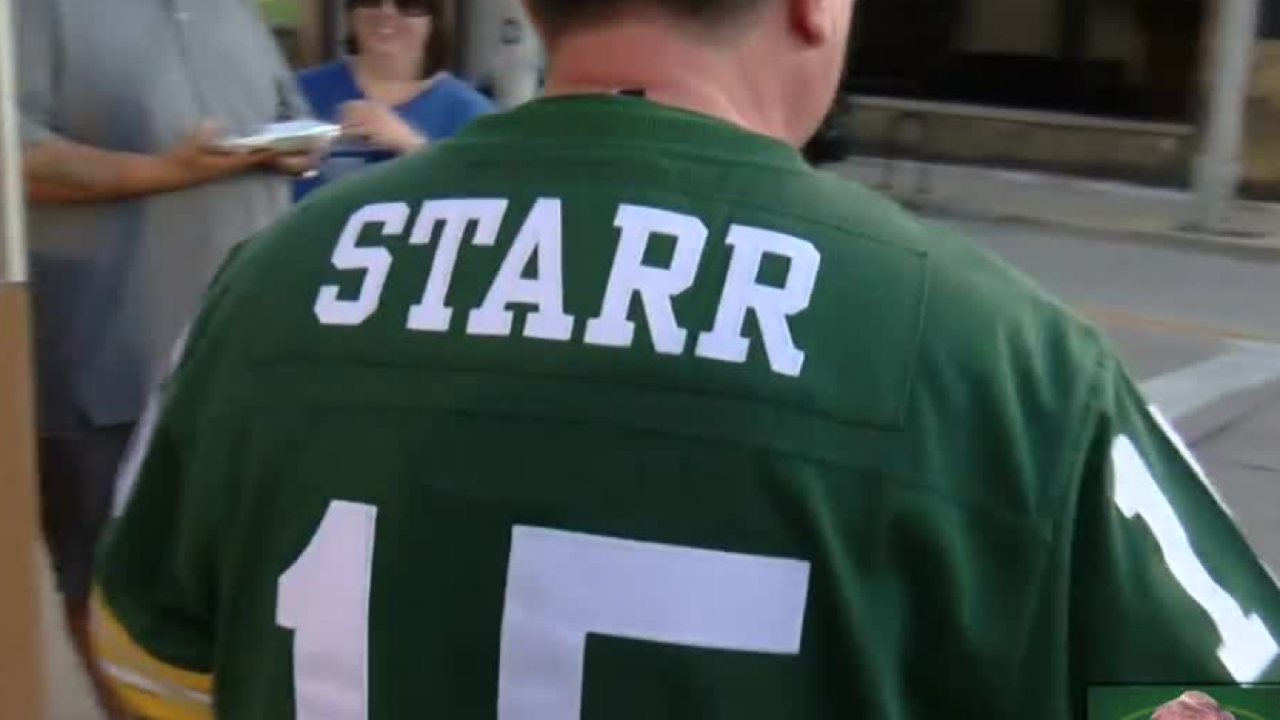 Green Bay Packers fans are mourning the loss of one of the team's all time greats. Five-time NFL champion Bart Starr has died at age 85.

On the streets of Milwaukee, it isn’t hard to find tributes to Packers legend Bart Starr as fans begin to hear of his passing. Ken Wischer wore Starr’s number 15 jersey on Sunday to say thanks for the memories.

"He was my favorite player as I was growing up," said Wischler. "I mean, back in the ‘60s and the ‘70s I was only 10 or 11-years-old when he won the Super Bowls and things like that. He was a really great guy and a true leader of the team."

While Wischer was enamored by simply watching Starr lead the Packers to championships in the first two Super Bowls followed by three more rings later on, Bob Long of Brookfield was right there on the field with him as Starr’s wide receiver.

"He was a great, great player," Long said. "I told my kids, I caught a touchdown pass from Bart Starr. I’ll always be able to say that."

To this day, Long remembers Starr as one of the most accurate passers to ever play the game.

"He once throw 280 passes without an interception, that’s pretty good," he said.

While most know Starr for his playing and coaching days, Long said his true legacy is what he did with his generous spirit.

"As good as he was on the field, he was better off the field," Long said.

Starr and his wife co-founded the Rawhide Boys Ranch near Appleton which still helps troubled youth across the state.

"He always had time for people, whatever, they’d ask him for autographs, wherever we went," Long said.

Starr's spirit will always be felt by those who step foot inside Lambeau Field where his jersey will forever hang in the rafters.