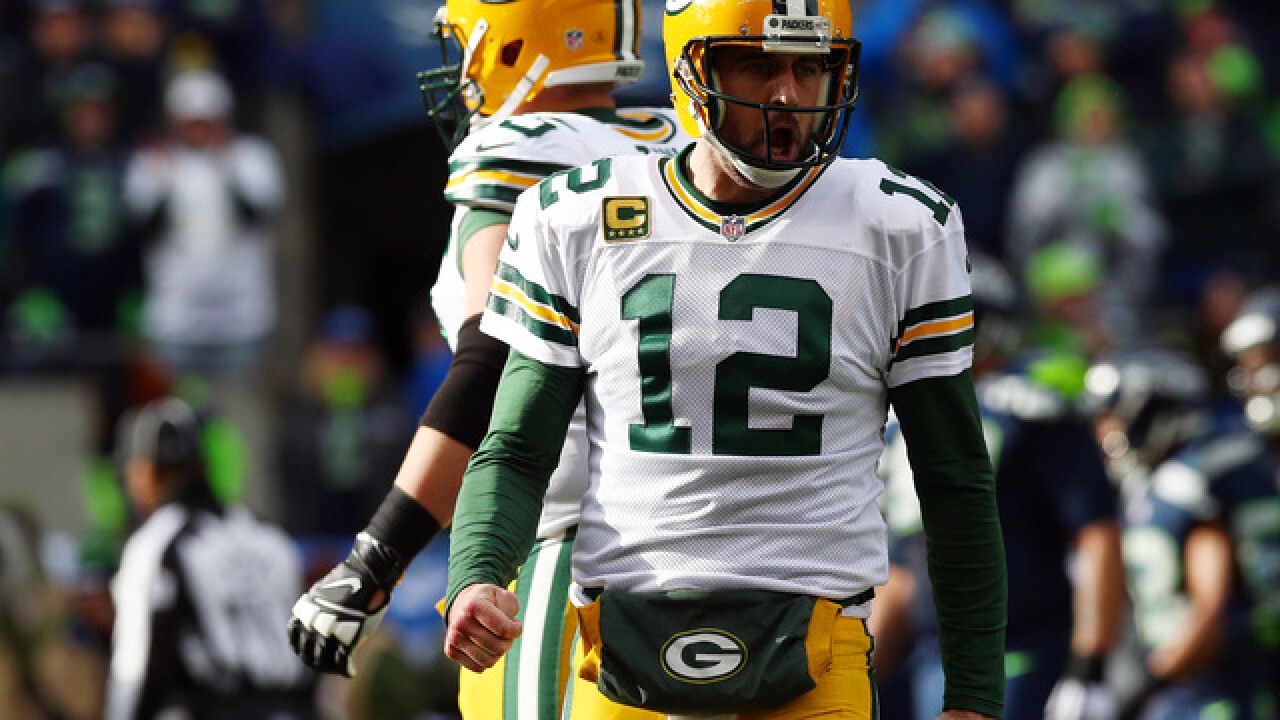 Image copyright 2017 Getty Images. All rights reserved. This material may not be published, broadcast, rewritten, or redistributed.
Ronald Martinez
<p>SEATTLE, WA - JANUARY 18: Aaron Rodgers #12 of the Green Bay Packers reacts during the first half of the 2015 NFC Championship game against the Seattle Seahawks at CenturyLink Field on January 18, 2015 in Seattle, Washington. (Photo by Ronald Martinez/Getty Images)</p>

Rodgers earned $8 million in endorsements, but is docked heavily in the social media category; Rodgers does not have a Facebook or Instagram, two of the three social media sites that are used for ESPN's evaluation.

The Packers' star finished fifth among NFL players on the list. Tom Brady, Cam Newton, Drew Brees, and Russell Wilson all preceded him.

There are several other Wisconsin connections on the list, as well. Former Marquette guard and current NBA star Dwyane Wade finished 24th, up from 33rd in 2016.

Wisconsin native and former Badger J.J. Watt tumbled from 56th last year to 74th in this edition after missing 13 games this past season.