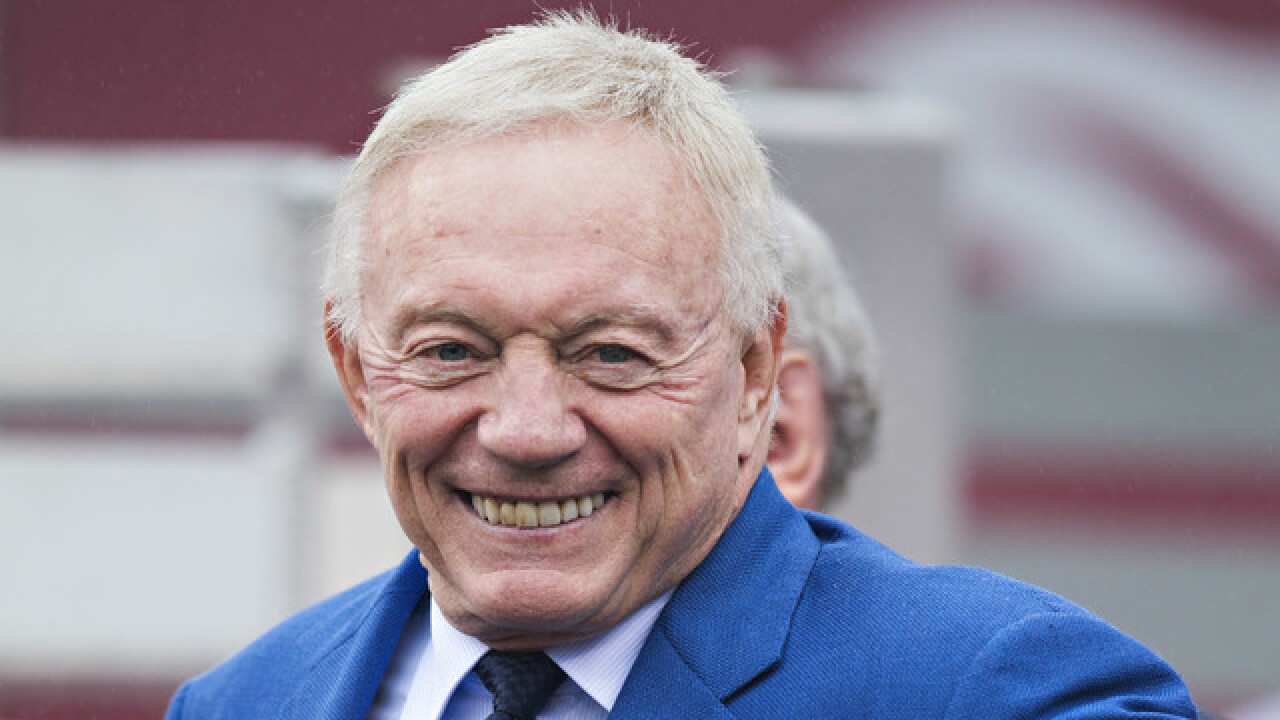 Copyright 2018 Scripps Media, Inc. All rights reserved. This material may not be published, broadcast, rewritten, or redistributed.
Wesley Hitt
FAYETTEVILLE, AR - OCTOBER 11: Dallas Cowboys owner Jerry Jones on the sidelines before a game between the Arkansas Razorbacks and the Alabama Crimson Tide to celebrate the 1964 Championship team at Razorback Stadium on October 11, 2014 in Fayetteville, Arkansas. The Crimson Tide defeated the Razorbacks 14-13. (Photo by Wesley Hitt/Getty Images)

Boise State linebacker Leighton Vander Esch got an interesting call from the green room during the first round of the NFL draft.

"This is the Green Bay Packers," the mysterious voice said.

Vander Esch was confused because he expected it to be the Cowboys, the team currently on the clock and the team whose GM he just got off the phone with. He could only muster an "Uhhhhh" on the other end of the line.

That's when the voice changed its tune.

"No, this is Jerry Jones," said the prankster owner of the Dallas Cowboys. Vander Etsch was relieved.

I was like, "Ahh, OK, good, you almost made me have a heart attack."

The first round draft pick described the awkward conversation in full in an interview with Sirius XM NFL radio, but said, at the end of the day, he's thrilled to be apart of the Cowboys.

Another perk, the Cowboys flew him to their practice facility via helicopter.

#Cowboys first-round draft pick Leighton Vander Esch is in the house! What an awesome entrance!

(Look in the far background to the right. Ezekiel Elliott claps and gives a little cheer for LVE.)#LVEtoNFL pic.twitter.com/dgNDrhWPht

Now all Vander Esch has to do know is live up to the hype of being a first-round pick of the Cowboys. Should be easy, right?