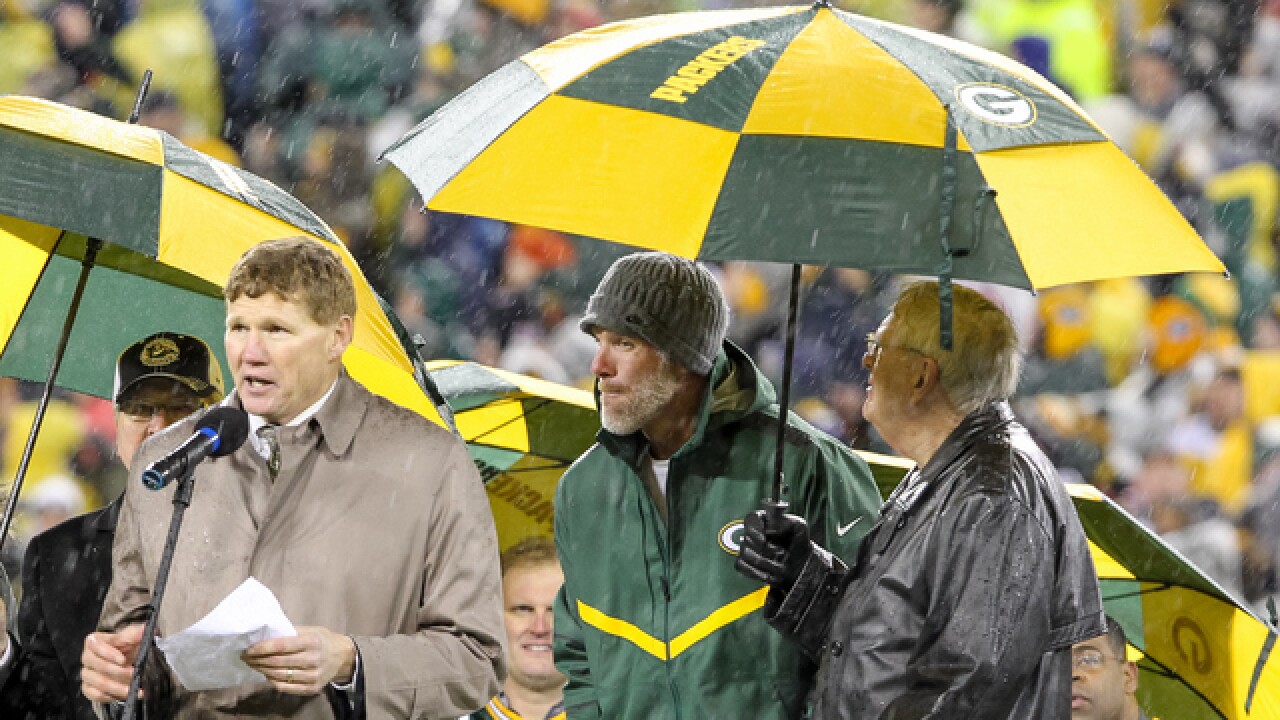 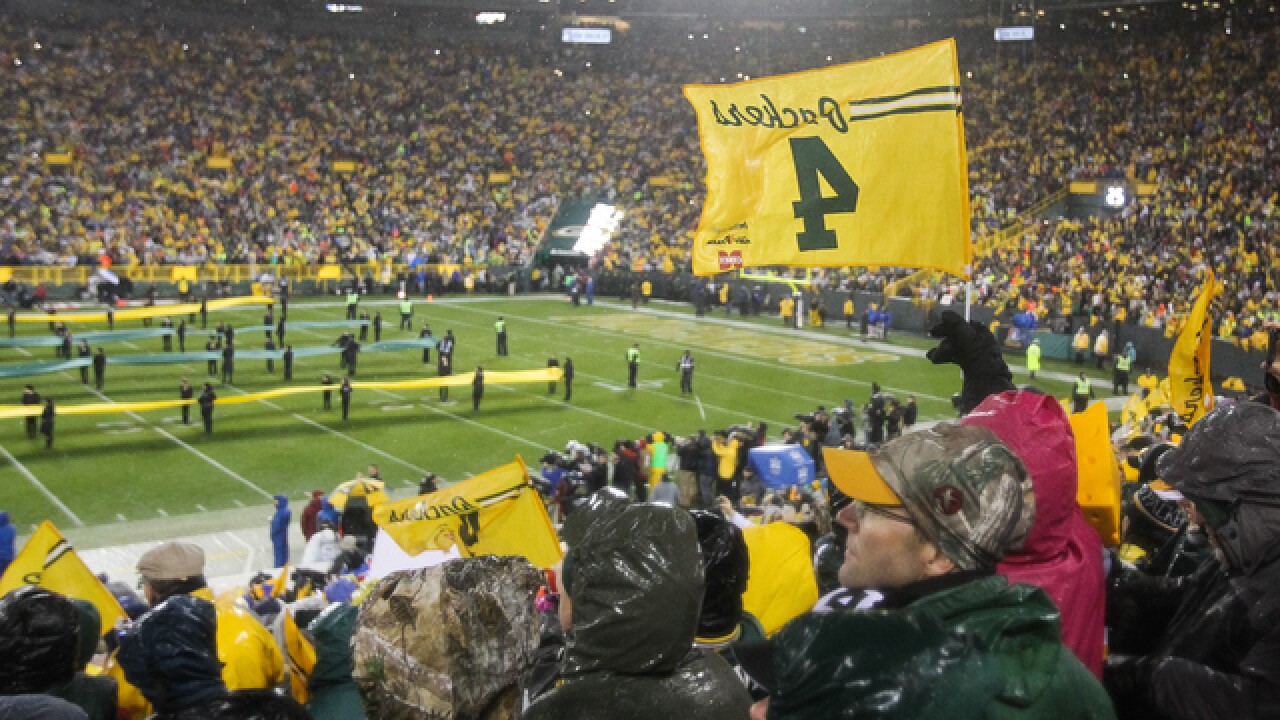 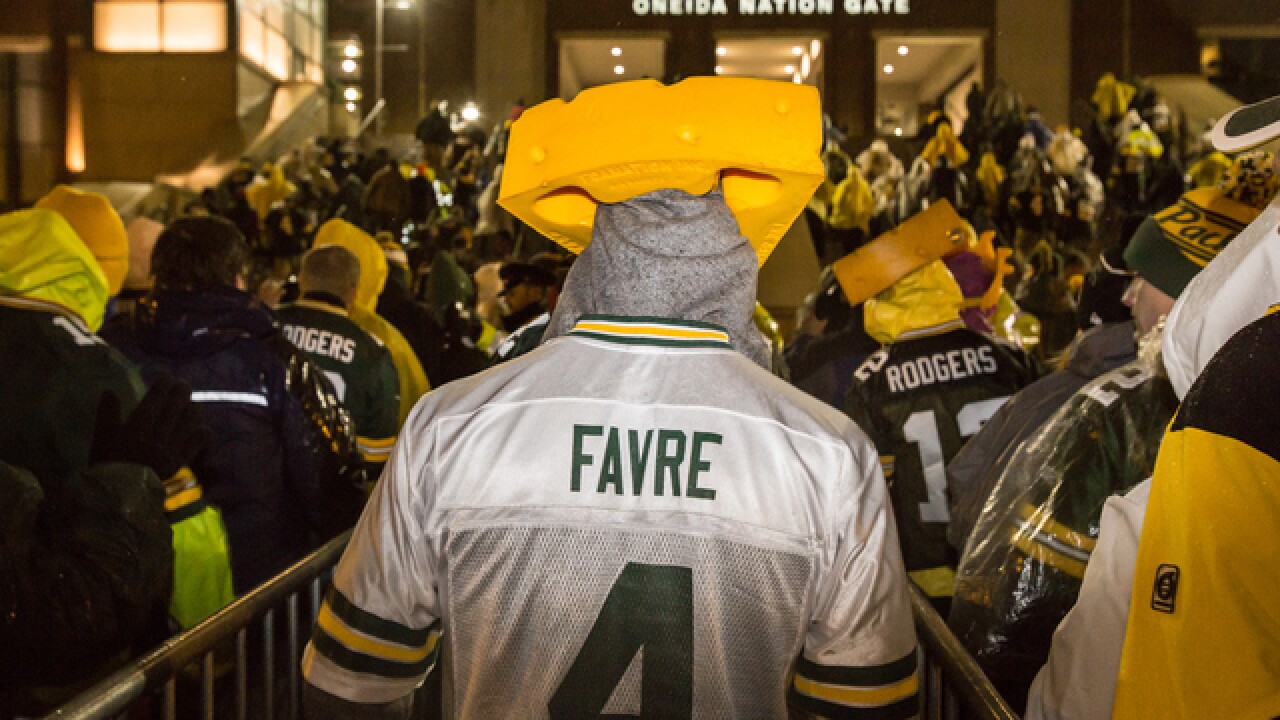 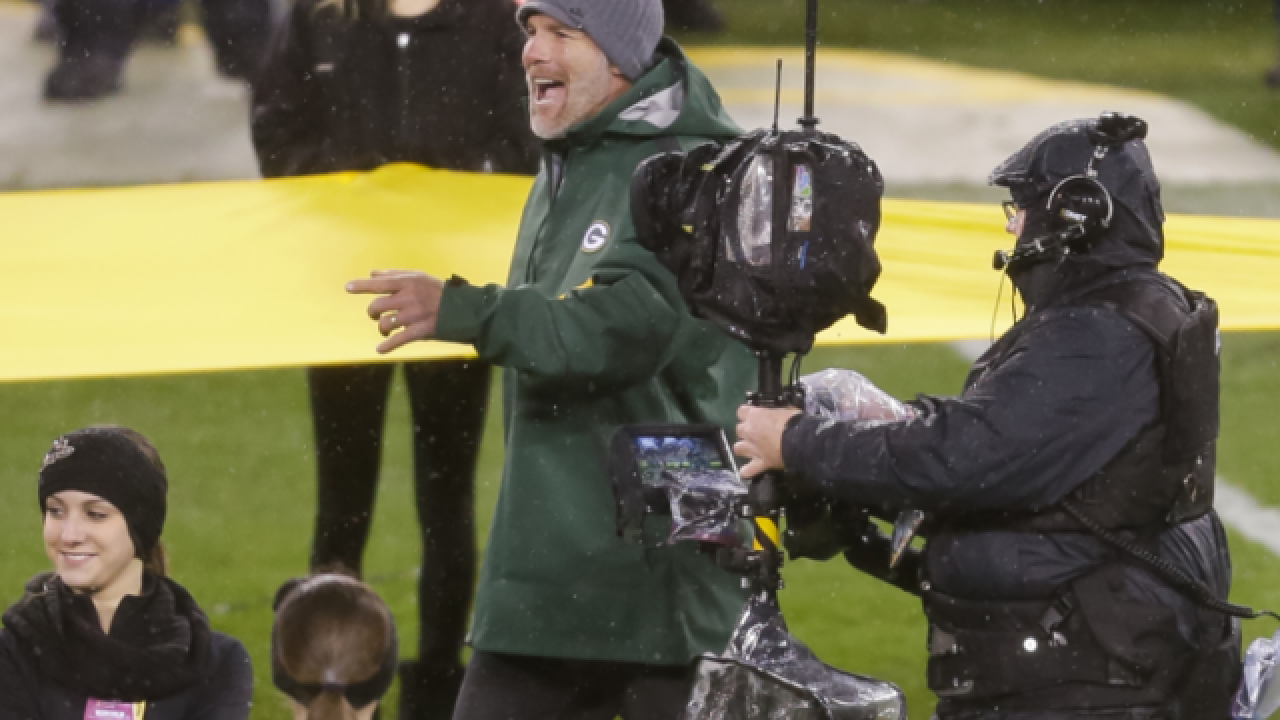 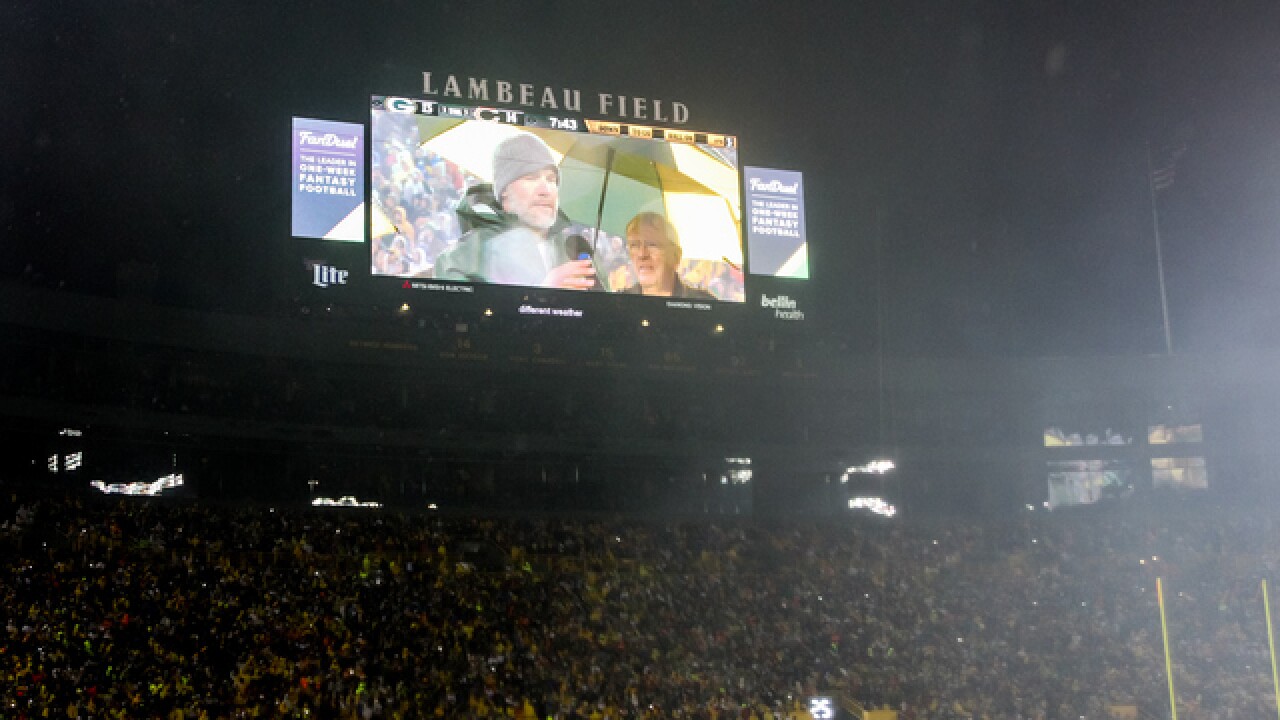 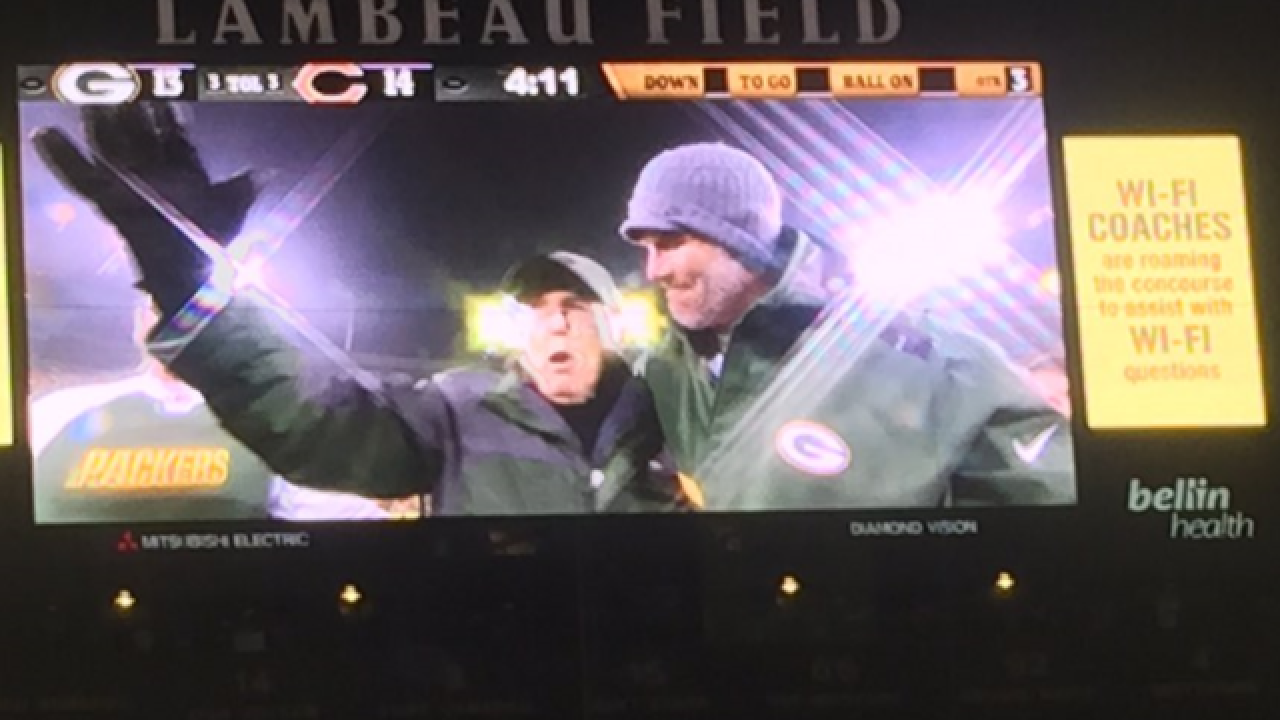 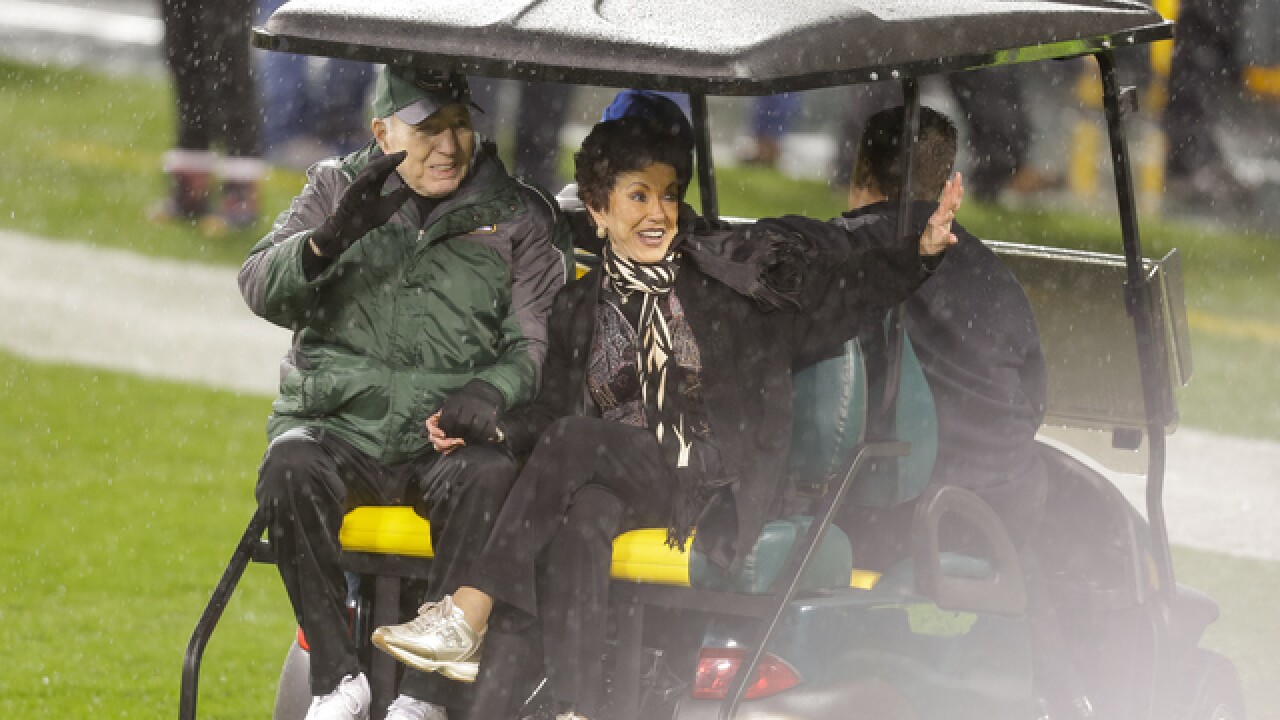 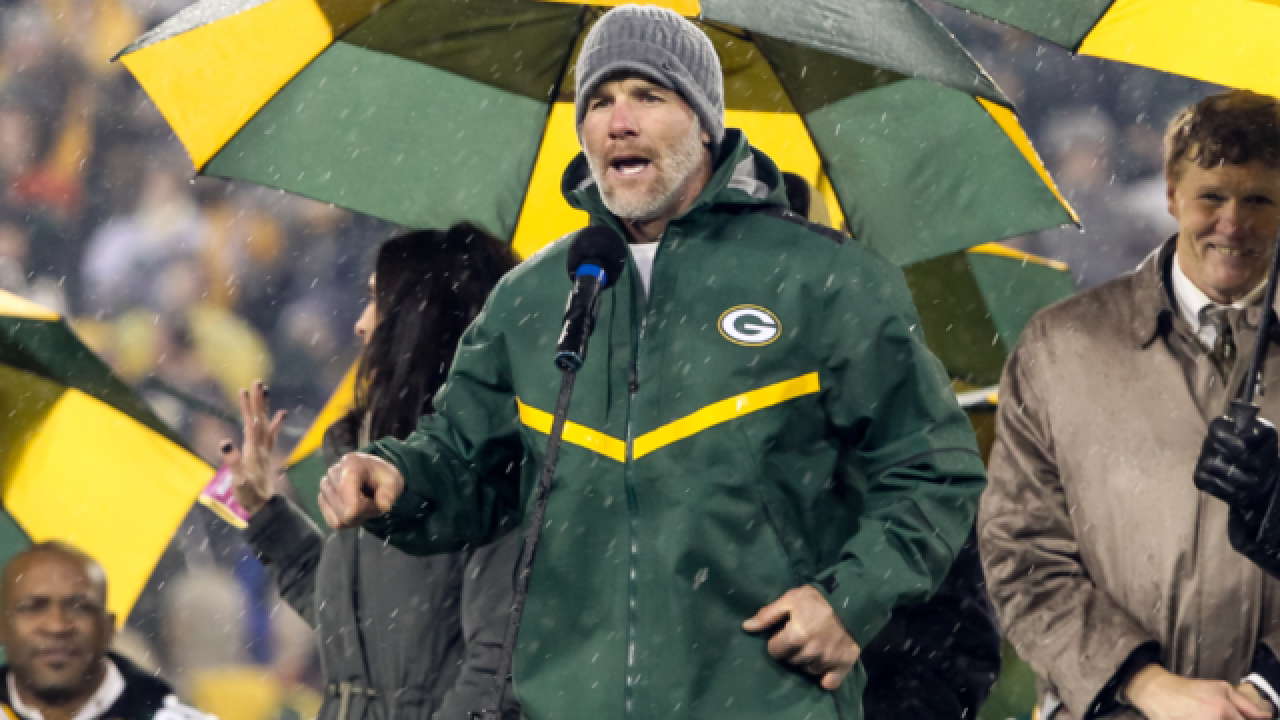 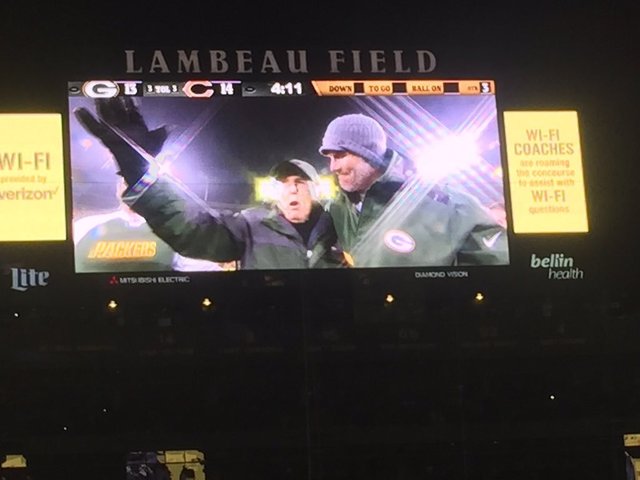 There wasn't a dry eye in Lambeau Field Thursday night at halftime of the Packers game, and it had nothing to do with the constant rain.

Legendary Packers quarterback Brett Favre's No. 4 was unveiled on the north facade of the stadium next to alongside the Packers' five other retired numbers.

Favre, who played 16 seasons for the Packers, entered the field through the tunnel to the roars of the cheering crowd.

He was greeted on the field by several of his former teammates, including Mark Chmura, Antonio Freeman, Marco Rivera and George Koonce.

Packers president Mark Murphy introduced Favre to the crowd, who was fairly brief in his remarks.

"This is Green Bay weather. I love it," Favre said.

Favre thanked his teammates -- who he shared the jersey retirement with -- and of course, his family for their support.

Favre save his final thanks for the fans, who roared their approval.

The ceremony climaxed with Bart Starr and his wife Cherry entering the field on a golf cart and a hug between the two legendary Packers quarterbacks.

"I got more of a thrill out of that than what I was here for," Favre said. To see him that excited at 81 years old was pretty awesome."

Starr, a Hall of Fame quarterback, is recovering from two strokes and a heart attack, but made it a point to make it to Green Bay for what his wife acknowledged may be his last visit.

"It was a once-in-a-lifetime experience. I'll remember it forever," said a fan leaving the stadium.