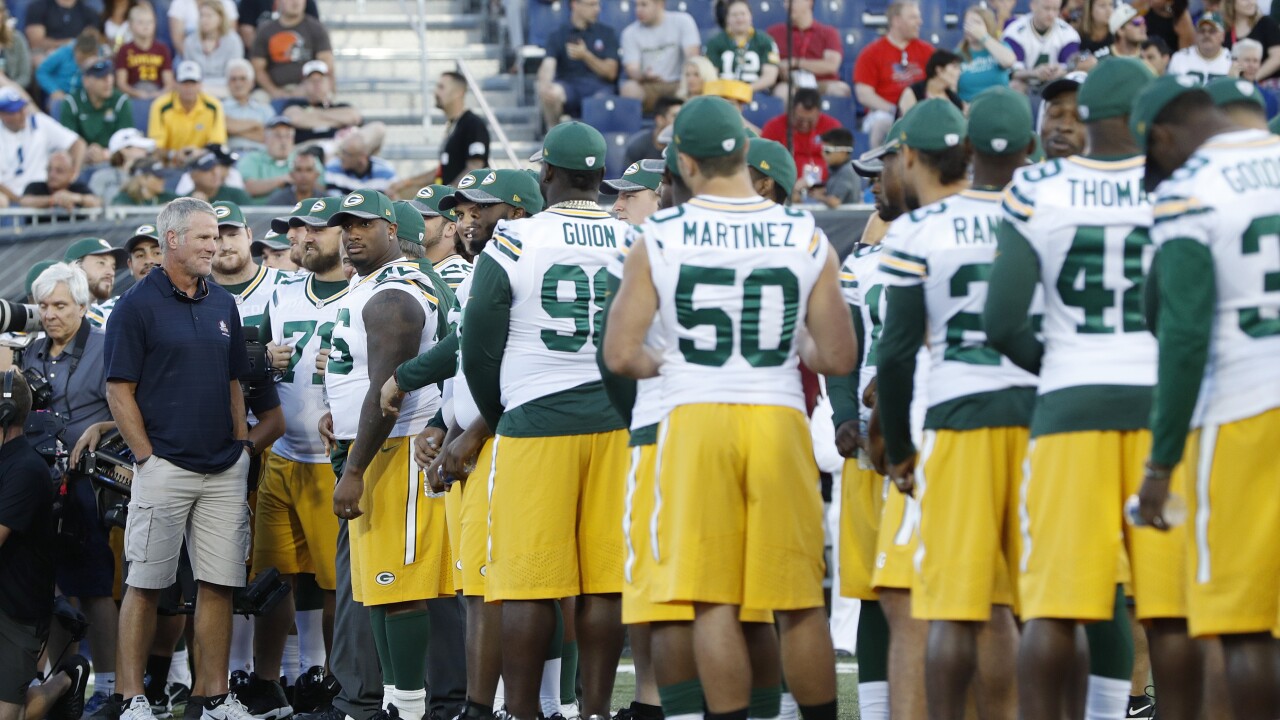 Former quarterback Brett Favre is still a cheesehead at heart, or head...you get the point. In an interview with TMZ Sports, Favre said he believes the Packers will "surprise a lot of people" and win the NFC North Division this year.

Favre's faith in the green and gold lies with quarterback Aaron Rodgers.

"I don't know much about LaFleur, he may be a great coach, might be a great guy, I don't know," said Favre. "I don't know him. It's not my place to say anything in regards to that, but I do know Aaron and the reason they've been in contention year in and year out is because of him."

"We'll see how much freedom is granted towards Aaron," said Favre. "He deserves to play and just do what he does best."

We hope Favre's predictions ring true, so let's start with a victory against the Chicago Bears. Catch the game on TODAY'S TMJ4 at 7:20 p.m.