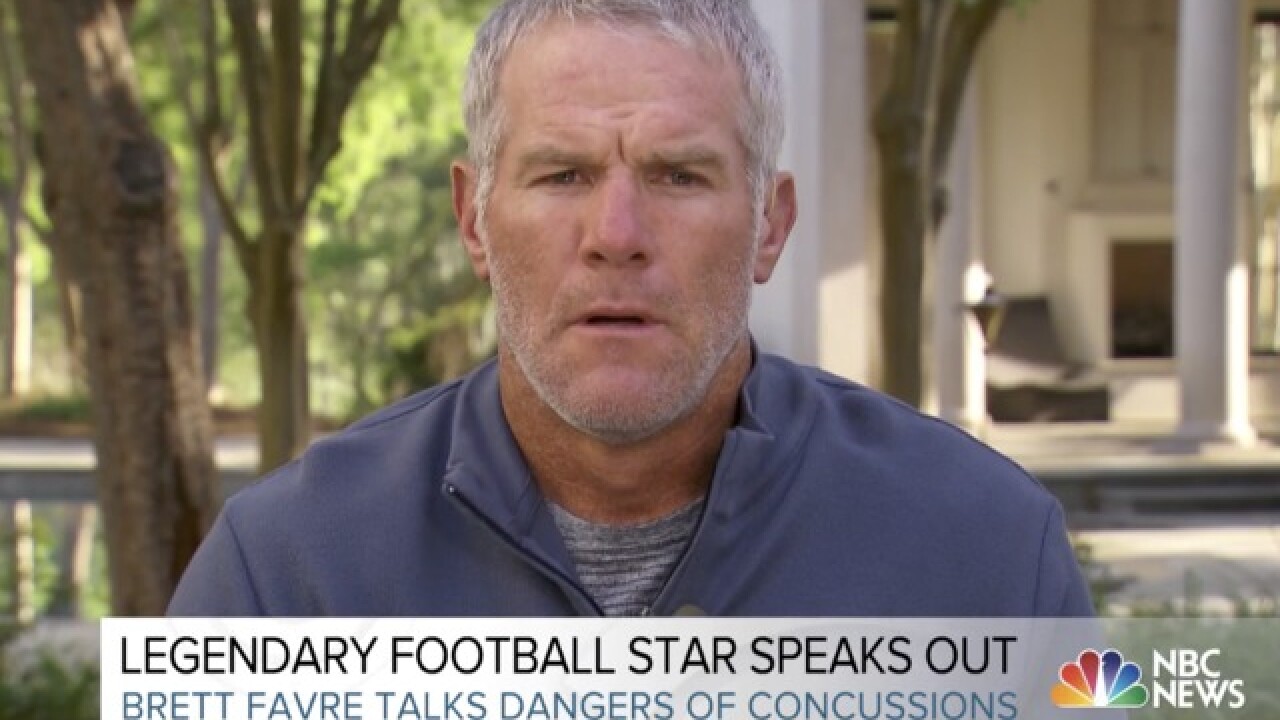 Former Green Bay Packers quarterback Brett Favre has a different view of his successful football career these days, especially when it's viewed through the lens of how he feels physically and the toll concussions may have on his future health.

Favre appeared on Megyn Kelly TODAY Thursday on a special program dedicated to concussions in sports. He said he’s only had a handful of officially diagnosed concussions his career, but he believes the number is significantly higher.

“As we’re learning about concussions, there’s a term that’s often used in football and other sports, that I got dinged. And as Dr. Omalu, who was portrayed by Will Smith in the movie has said, dinged is a concussion,” Favre said. “When you have ringing of the ears, seeing stars, that is a concussion. And if that is a concussion, I’ve had hundreds, probably thousands throughout my career … which is frightening.”

Favre is worried about the toll the injuries will have on his brain as he gets older. He says he already suffers from some short-term memory loss, but isn’t completely sure if that’s just a function of being 48 years old, or something more serious.

“It has gotten a lot worse in terms of short term … simple words that would normally come out easy in a conversation I’ll stammer,“ Favre said. “I wonder if that’s what it is or do I have the early stages of CTE. I don’t know, I wonder.”

Unfortunately for Favre, the NFL didn’t mandate concussion protocol tests until late in his career.

“My baseline test which they did maybe in year 18, which kinda gives you a kind of a where you are at that point in my career … there had been an enormous amount of injury that had taken place in those 17-18 years,  so my test was skewed somewhat,” Favre said.

Favre said he doesn’t regret playing football, although he’s on the record as stating that he wouldn’t be in favor of his kids or grandkids playing the game.

“I look at it [career] as being something wonderful. I didn’t know, but had I known in year 5, I probably would have looked at my future a little closer as my career unfolded,” Favre said.