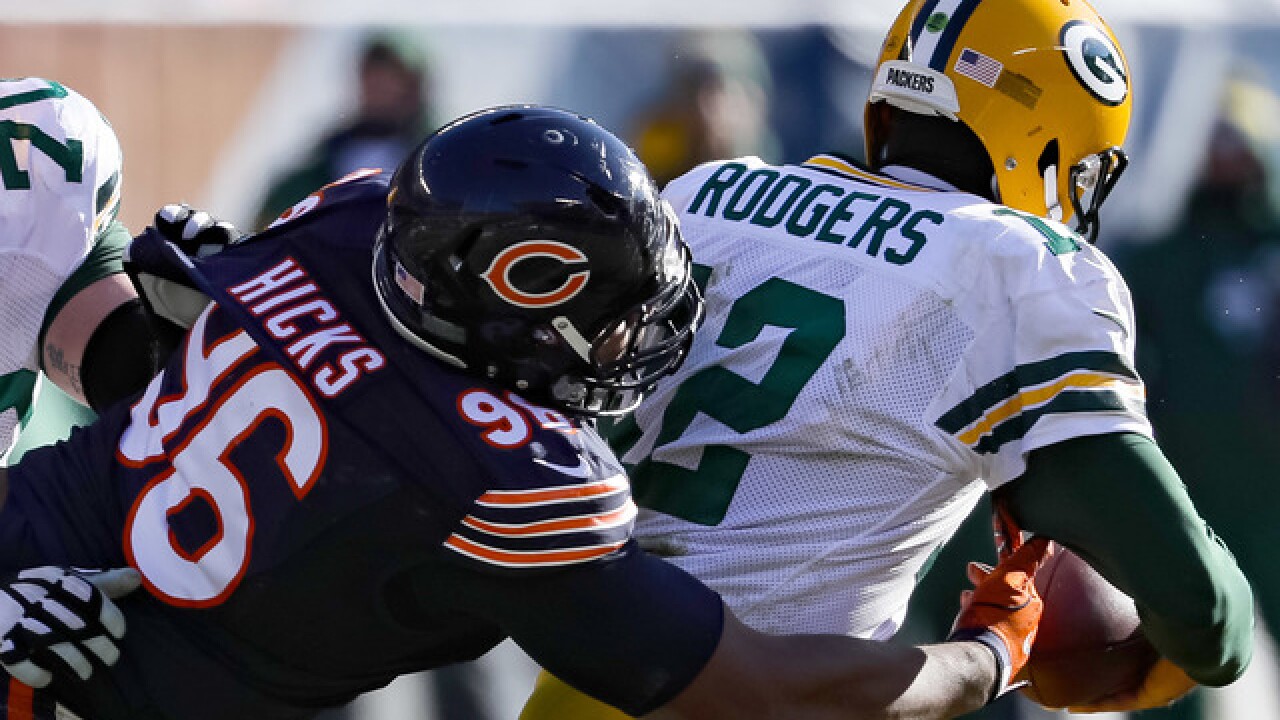 CHICAGO -- It has been eight years since the Chicago Bears have been to the playoffs. The same year Green Bay defeated them in the NFC title game and went onto win the Super Bowl.

It has been five years since Aaron Rodgers threw famous, game-winning 48-yard touchdown pass to Randall Cobb in Week 17 to take the NFC North crown from their arch-rivals.

Neither organization has forgotten the past, especially the current members of the Chicago Bears, who are trying to reverse the fortune.

Earlier in the season, when talking about the team's tough road ahead to the postseason Rodgers said that they would come to Chicago and "...win there, like we've done many times."

Defense Lineman Akiem Hicks responded Tuesday morning on a local Chicago sports radio station saying that he and his teammates have not forgotten about Rodgers' comments and added, "I'm real excited for Aaron to come here and play this game."

#Bears ’ Akiem Hicks says he and his teammates didn’t forget Aaron Rodgers mentioning weeks back the Packers having confidence to win out in part because of their past success at Soldier Field: “I’m real excited for Aaron to come here and play this game.”

The Bears are currently one win, or one Minnesota Vikings loss away from an NFC North title, their first since 2010.

The Packers play in Chicago this Sunday.