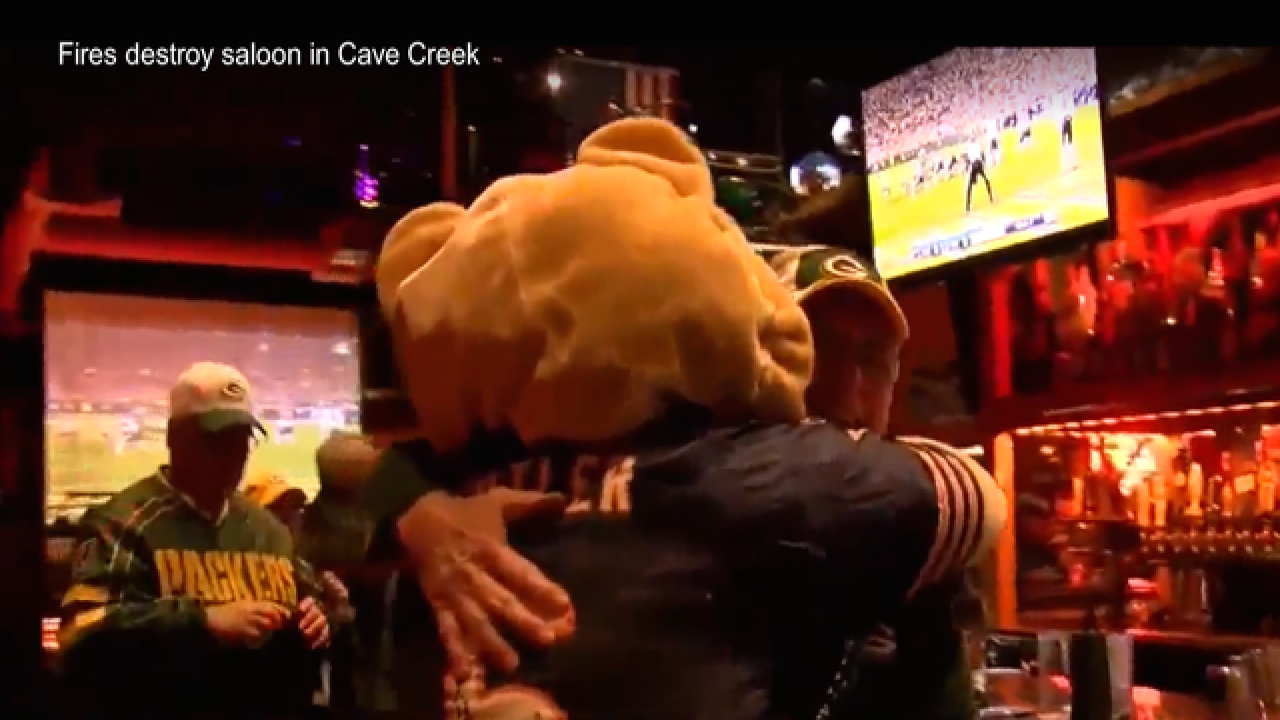 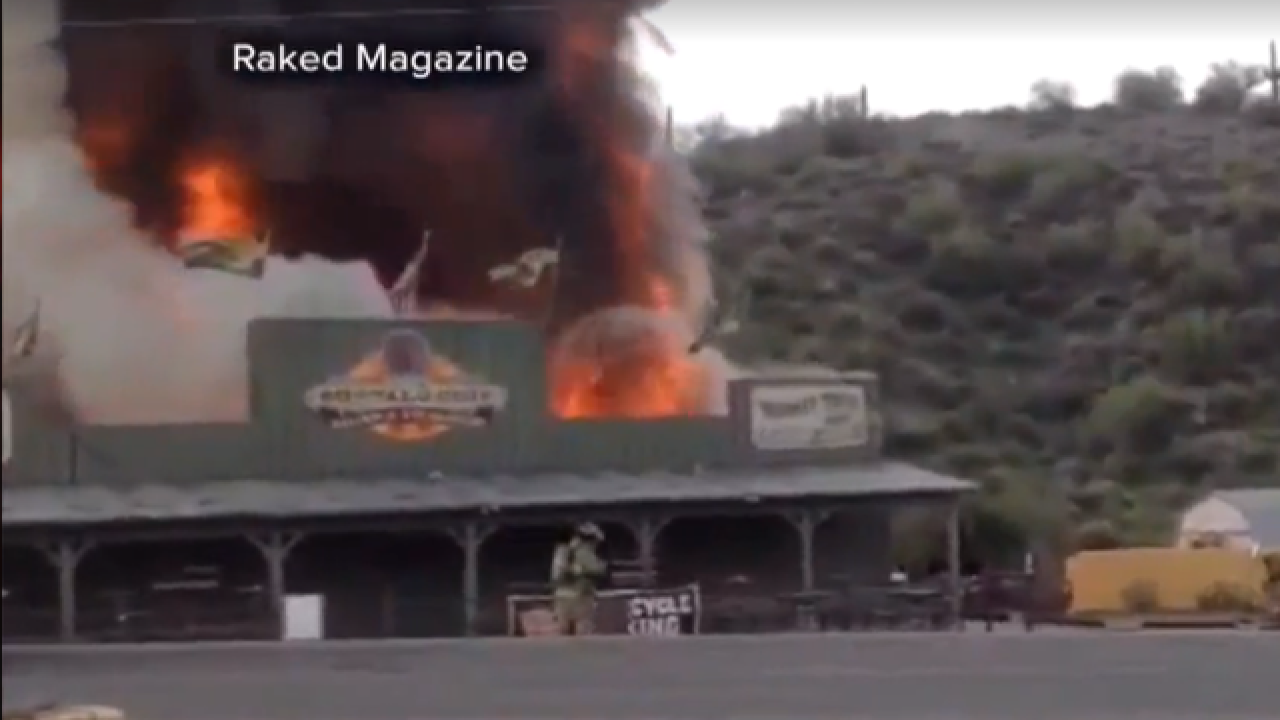 CAVE CREEK, AZ - A well-known Packers bar in Arizona caught fire and burned to the ground on Thanksgiving Day, but it had the unintended affect of bringing rivals together.

Over 100 firefighters from various agencies responded to the Buffalo Chip Saloon located in Cave Creek, around 30 miles north of Phoenix.

According to Scripps affiliate ABC15 , two fires were reported at the building Thursday, the second completely destroying the establishment.

Packers fans who were planning to visit the saloon to watch the Thanksgiving night game, ended up across the street at The Roadhouse — a popular spot for Bears fans.

“I just said, ‘What a class act, so that’s why where we’re here,’” Packers fan Bob Hahn said while watching the game. “We’ve been going there for four or five years and it’s a very sad thing.”

And unfortunately for those Arizona Packers fans, they had two losses to struggle with on Thanksgiving after their team lost 17-13.

Officials say the fire is considered to be "suspicious."