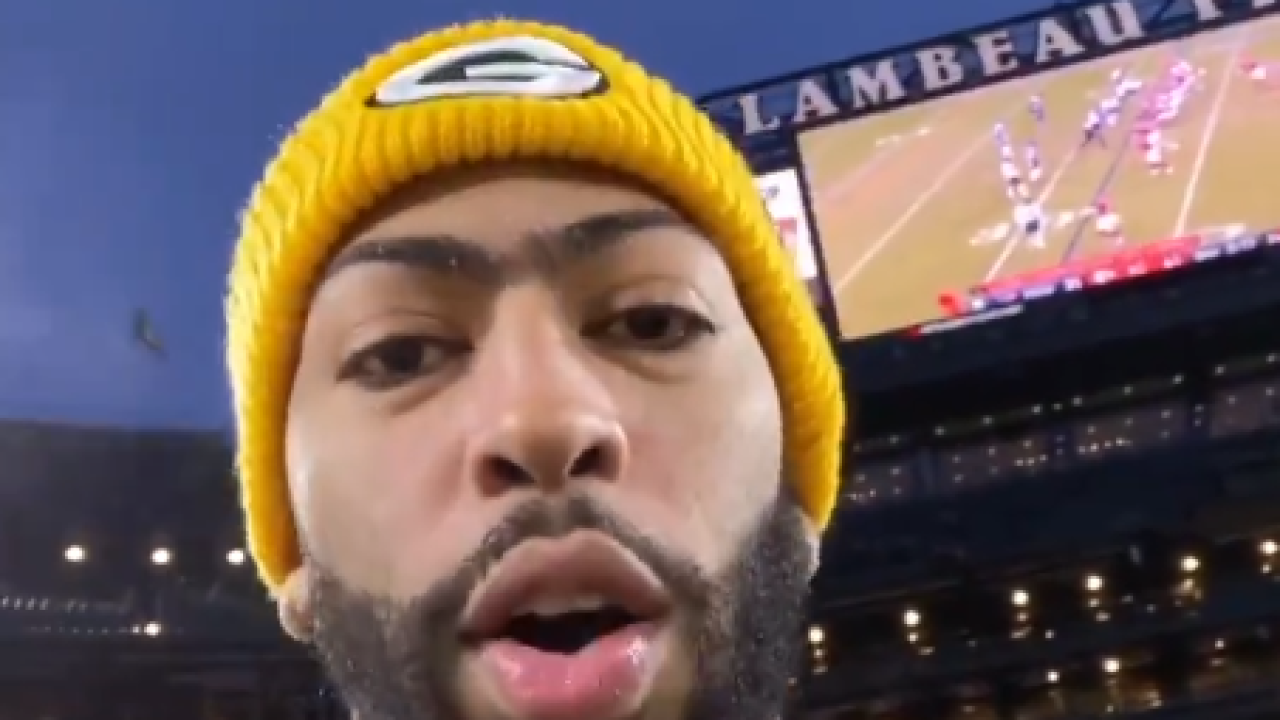 Davis was first spotted in a video posted to the Packers' official Twitter account, supporting the Green and Gold from the sidelines.

“Let’s get this win.”@AntDavis23 is ready for playoff football at Lambeau Field! #SEAvsGB | #GoPackGo pic.twitter.com/HeQ3HcxoU5

While the cheeseheads were pumped to see a celebrity Packers fan at the game, our neighbors to the south saw the Chicago-native's appearance as a kind of betrayal.

AD from the Chi but reppin’ Green Bay? pic.twitter.com/1Emq7RuJCf

Really???? You're a Chicagoan, purchased Green Bay Packers gear AND put it next to your skin? pic.twitter.com/9gRKuYG6qI

Others think the appearance may allude to a future in Wisconsin, more specifically with the Milwaukee Bucks.

According to Forbes, Davis said he plans to enter free agency this summer so who knows!