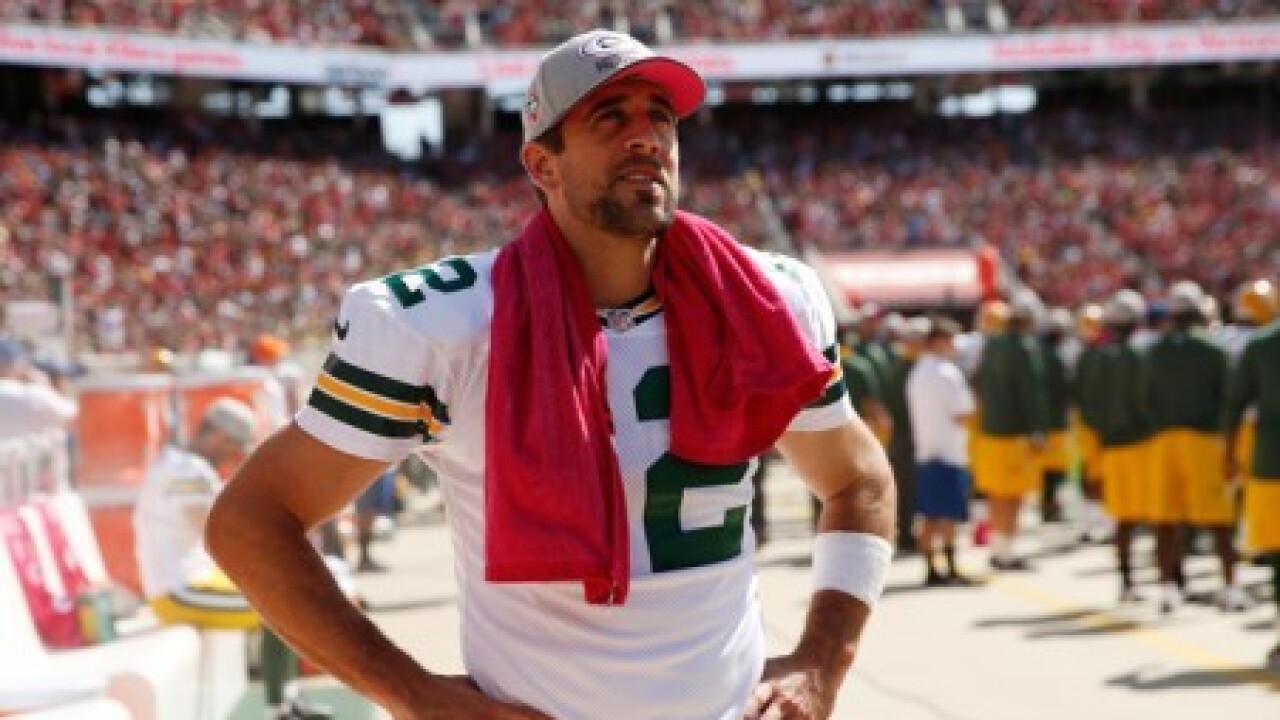 GREEN BAY — Since March of 2019, Aaron Rodgers has had the sixth-best selling merchandise in the NFL, according to new data.

According to the Player's Association, Patrick Mahomes was the player with the highest sales, probably thanks to his Super Bowl victory. However, Rodgers isn't far behind.

Of the top 50 players listed, our very own Rodgers comes in sixth. Meaning, between March of 2019 and February 29, 2020, Rodgers has the sixth highest number of merchandise items sold.

The only items counted are ones sold from NFL sites, Nike, Fanatics , and other NFLPA licensees.

Ahead of Rodgers on the list is Mahomes, Tom Brady, Lamar Jackson, Ezekiel Elliot, and Baker Mayfield.

Also on the list is Packers wide receiver Davante Adams. He sits a bit further down the list at No. 45.