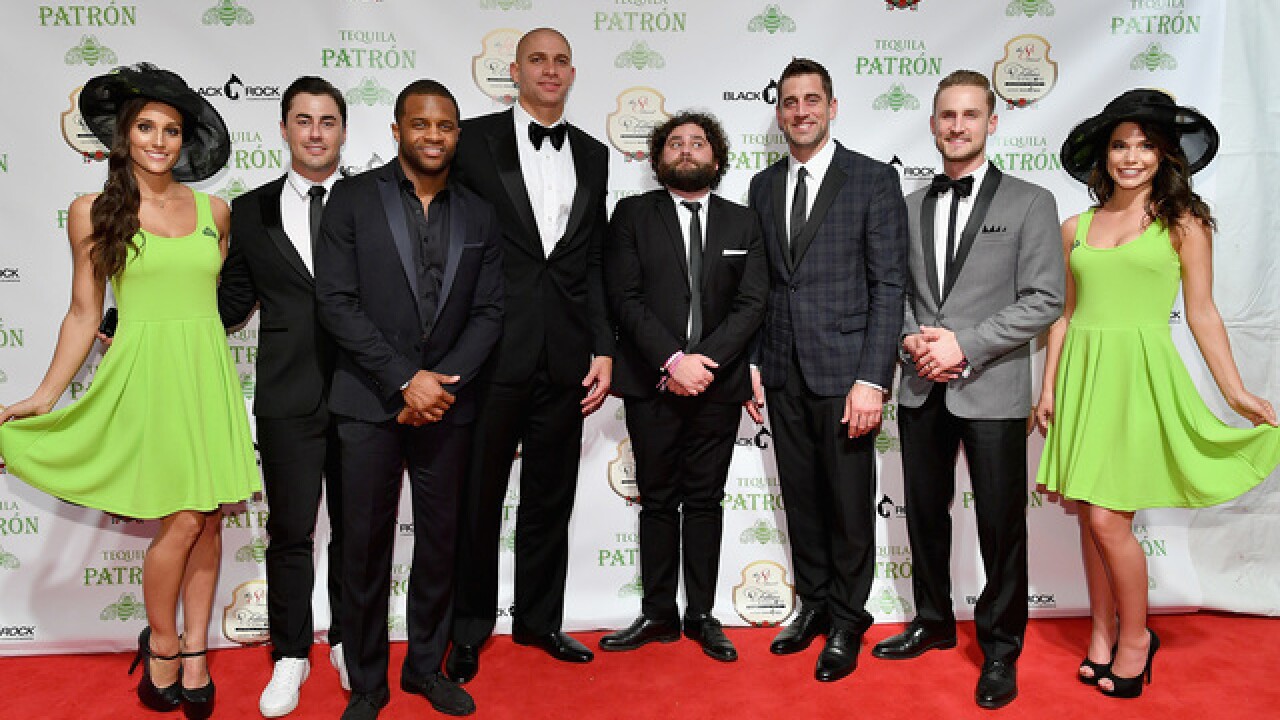 Aaron Rodgers, quarterback for the Green Bay Packers has arrived at the Kentucky Derby! pic.twitter.com/01K7XEKEev

Rodgers was interviewed prior to the derby by NBC Sports and said he was betting on Audible to win it all--since it's his favorite thing to do at the line of scrimmage. Well, that and drawing opponents offside and chucking Hail Mary's

when the horse you're picking for the #KyDerby is your favorite thing to do at the line of scrimmage. pic.twitter.com/DmGGCMYcgN

But the name let him down, Audible came in third, but he's probably not worried considered a brand new $30 million a year or more contract is in his near future.

Despite the horse disappointment, everyone agree Rodgers looked pretty sharp in his derby day get-up. He rocked a bright blue suit with an open collared with shirt, aviator sunglasses and white sneakers with yellow laces and blue stripes down the side.

It’s Derby day and @packers QB @AaronRodgers12 is breaking the huddle on the red carpet to get the party started! #KyDerby144 pic.twitter.com/jNZyXCdrts