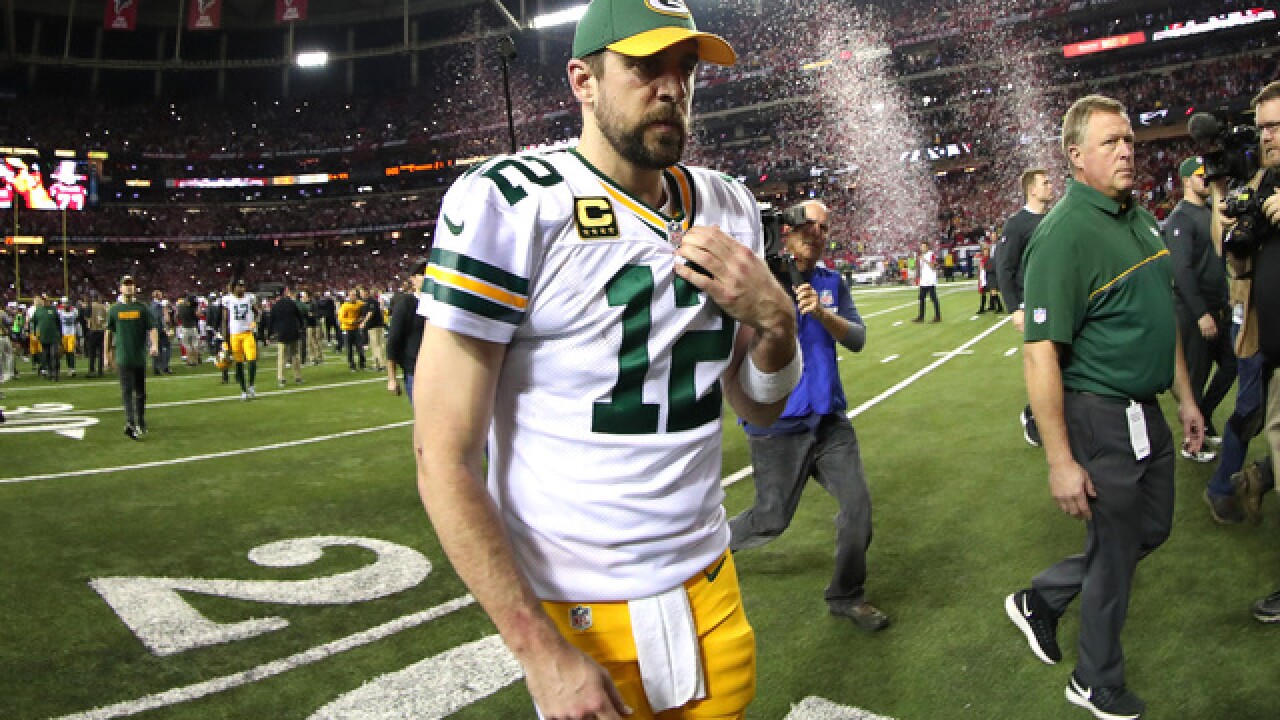 Image copyright 2017 Getty Images. All rights reserved. This material may not be published, broadcast, rewritten, or redistributed.
Tom Pennington
<p>ATLANTA, GA - JANUARY 22: Aaron Rodgers #12 of the Green Bay Packers walks off the field after being defeated by the Atlanta Falcons in the NFC Championship Game at the Georgia Dome on January 22, 2017 in Atlanta, Georgia. The Falcons defeated the Packers 44-21. (Photo by Tom Pennington/Getty Images)</p>

In a conversation on “ In Depth with Graham Bensinger ,” Rodgers looked back on the past year.

“For us, to get all the way where we got after being 4-6 was spectacular, but it’s all about championships when you play in Titletown and the expectations are high and we’re disappointed we didn’t finish it off,” Rodgers said.

After falling to 4-6 following a loss to Washington, Green Bay rattled off six straight wins to claim the NFC North title. Rodgers tossed 18 touchdowns with zero interceptions during that run, while also completing nearly 70 percent of his passes.

The Packers won two more games in the postseason to reach the NFC Championship, before ultimately losing to the Atlanta Falcons.

Rodgers threw a league-high 40 touchdowns during the 2016 regular season.