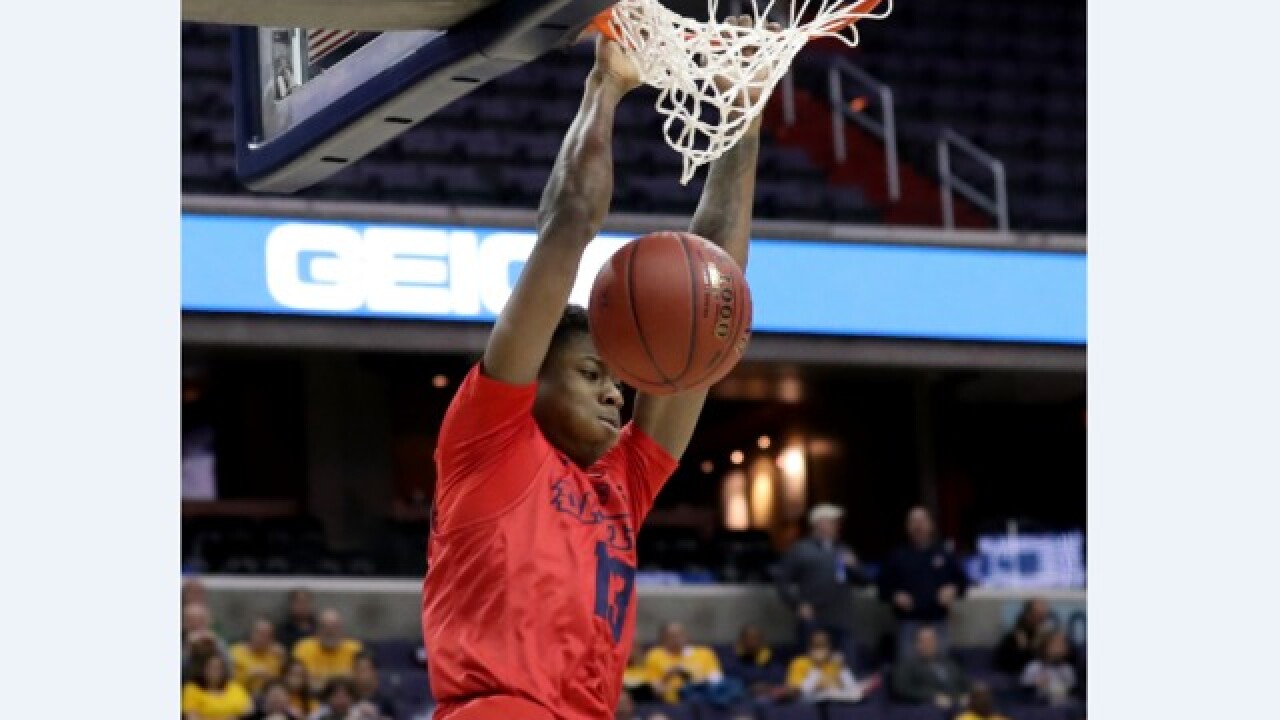 Giannis Antetokounmpo's brother Kostas is leaving the University of Dayton to pursue a professional career, says a news release from the team.

A redshirt freshman, Kostas Antetokounmpo played in 29 games, starting six, while averaging 5 points, 3 rebounds and 1 block per game over 15 minutes in his only season with the Flyers.

"Antetokounmpo has informed [Flyer's head coach Anthony] Grant that he desires to pursue a professional basketball career, and will not return to school," said a statement from the University.

Before the start of the season, six-year head coach Archie Miller left to coach the Indiana Hoosiers.

Currently, Antetokounmpo isn't featured on any prominent NBA draft boards, something that could change in the coming days given he wasn't expected to leave until next year at the earliest.

NBA teams could find intrigue in the 6'10, 190-pound forward who turned 20-years-old in December, but another option for the third of the five Antetokounmpo sibling would be to play overseas like his oldest brother, Thanasis. Thanasis currently plays in Greece for Panathinaikos after he spent some time with the New York Knicks during the 2015-2016 season.