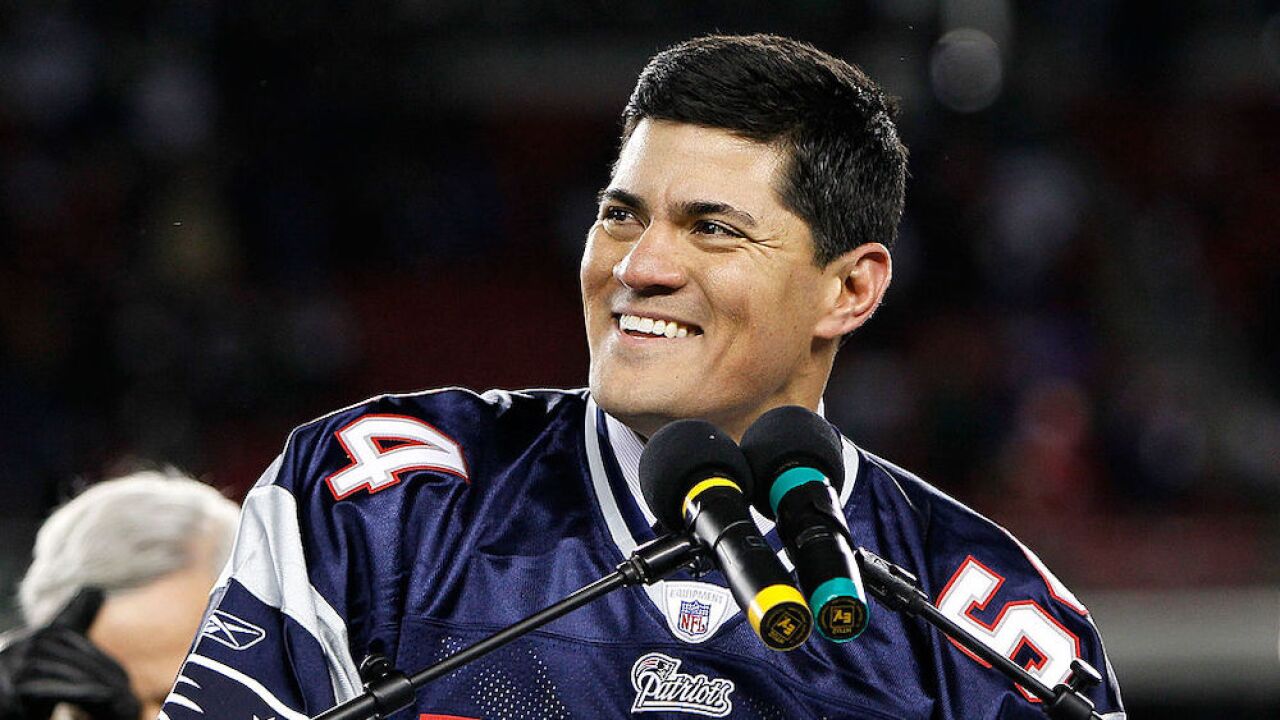 "Yesterday afternoon, Tedy has a stroke, known as a TIA," a statement from Bruschi's foundation, Tedy's Team, reads. "He recognized his warning signs immediately: arm weakness, face drooping and speech difficulties. Tedy is recovering well, and would like to thank the nurses, doctors and staff and Sturdy Memorial Hospital for all they have done. Tedy and his family thank you for the ongoing encouragement, and kindly ask for privacy at this time."

Bruschi played 13 seasons in the NFL, all of them with the New England Patriots. He won three Super Bowls with the team.

Bruschi suffered a stroke in the days following a win in Super Bowl XXIX in 2005. He was later diagnosed with a congenital heart defect — a small hole in a wall separating the atria of his heart.

Bruschi has worked for ESPN as an analyst since his retirement in 2009.

Tedy's Team has issued the following statement on behalf of the Bruschi family. pic.twitter.com/CuwmHobvl3