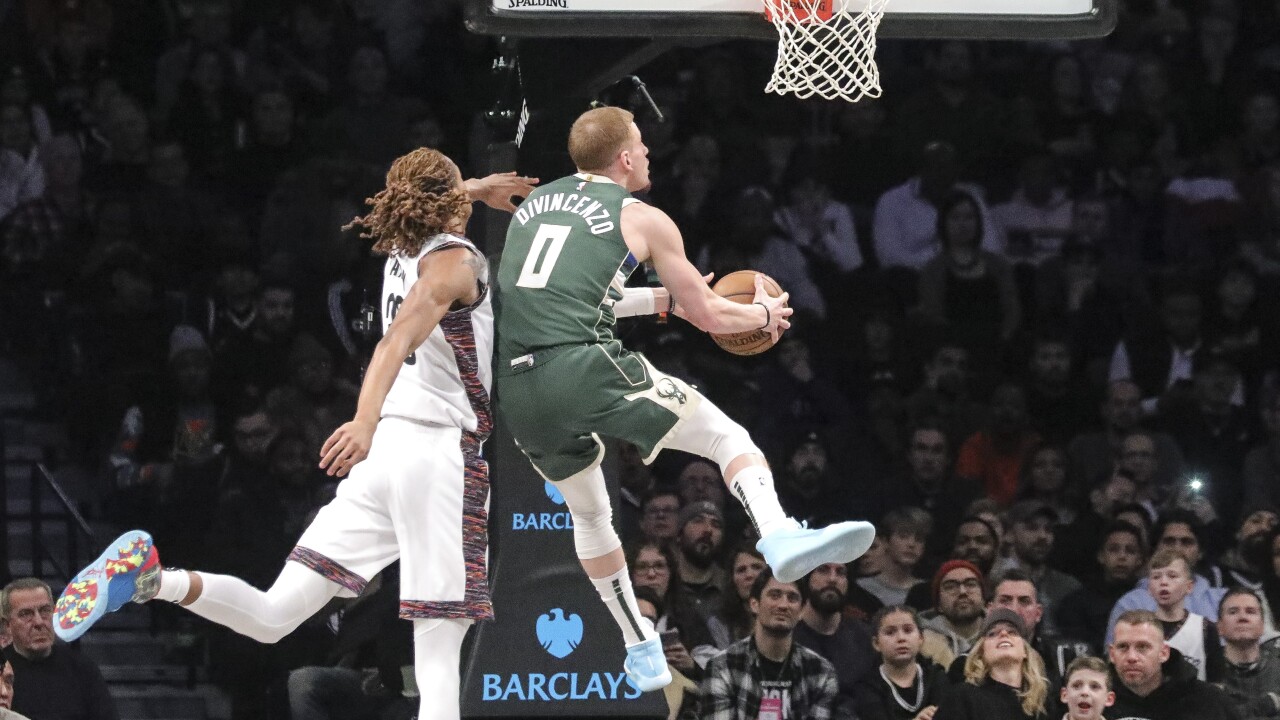 The Bucks ran the NBA's best record to 38-6 with another romp. They came in beating opponents by 12.4 points per game, which would be a league record if it holds up all season, and their lead was never below that after Middleton hit consecutive 3-pointers in the final minute of the second quarter when Brooklyn was within nine.

Milwaukee coasted from there and fell just short of a fifth consecutive game with 120 points, which would have tied a franchise record set last season. The Bucks shot 50% from the field, made 17 3-pointers and held the short-handed Nets to 33% shooting.

The Bucks, who didn't trail in either of their previous two games, fell behind by four early in this one. They quickly erased that and closed the first quarter with a 7-0 run for a 30-22 lead, then got 10 points apiece from Antetokounmpo and Middleton in the second quarter to extend the lead to 57-42.

Milwaukee has won 16 of the last 19 meetings.

Kenny Atkinson can see the progress, but he still doesn't expect to see Kevin Durant on the floor this season.

“No, I think we’re all on the same page. That’s not going to happen,” the Nets coach said.

That's the same thing Durant and the Nets said before the season, with the All-Star forward recovering from surgery for a ruptured Achilles tendon. Atkinson said he can tell that Durant is getting better, and even if he isn't on the court, he can still lend his knowledge on the bench and in the locker room.

“He’s a quiet personality, but when he needs to say something he says it," Atkinson said. “And usually what he says is spot on."

Milwaukee has won eight straight games in Brooklyn, the Nets' longest current home losing streak against an opponent. The Bucks' last loss at Barclays Center was a triple-overtime defeat on March 20, 2015, when Antetokounmpo was in his second season.

Bucks: Host Chicago on Monday before traveling to Paris to face Charlotte.