Brewers' Braun acknowledges this could be his final season 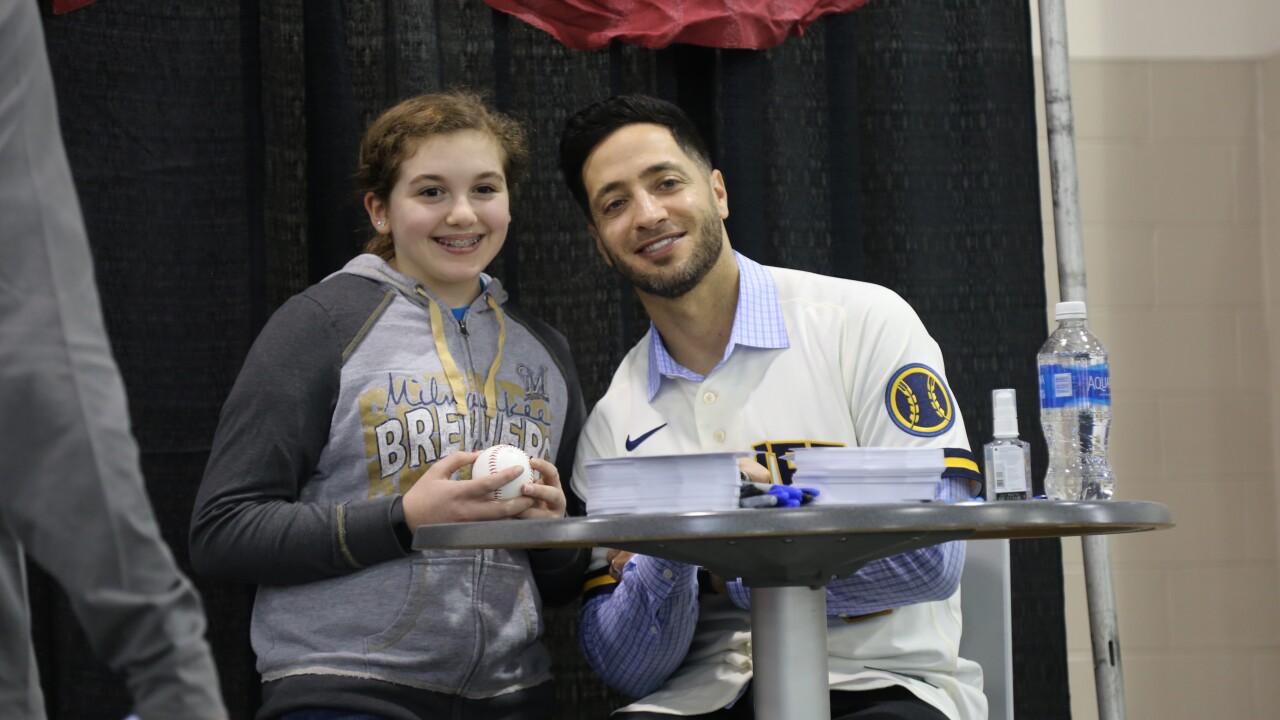 MILWAUKEE (AP) — Milwaukee Brewers outfielder Ryan Braun acknowledges the possibility this might be his final season.

"There’s at least a chance this is my last fan fest as a player," the 36-year-old said Sunday during the Brewers’ annual winter fan festival and convention. "You definitely get a little nostalgic and think about how quickly it goes by. I’ve thought about it a little bit, but for me, the goal is always to stay fully present and try to be the best version of myself as a player this year, and then figure out the future when I get through the season."

Braun is entering the final year of a five-year, $105 million contract. His 13-year career thus far has has included the highs of winning the National League Most Valuable Player award in 2011 and the lows of serving a 65-game suspension in 2013 when an investigation linked him to the Biogenesis scandal.

When Braun returned from that suspension in 2014, a series of issues with his back and thumb plagued Braun of the power he'd flashed earlier in the career. But he’s enjoyed a resurgence over the last few seasons and quietly put together one of the Brewers' most consistent performances in 2019, when he batted .285 with a .343 on-base percentage and .505 slugging percentage.

Braun has played on four of the six teams in franchise history to qualify for the playoffs, including a National League championship series appearance in 2018 and a wild-card game loss to the Washington Nationals last season.

Even after a significant amount of roster turnover that saw Milwaukee part with 14 players from its 25-man wild-card game roster, Braun remains confident that the Brewers are again in a position to make the postseason -- and reach the World Series for the first time in his career.

Braun's contract does include a mutual option for 2021. Brewers owner Mark Attanasio said he hoped Braun would be open to exercising.

"We'll try to convince him to play another year but he does have a third child coming and he's one of those exceptional athletes who wants to go out on top so this could be his last season," Attanasio said. "It's been rare for someone to spend their whole career with one organization, especially when they perform at the absolute highest level, as he has."

Braun said retirement is at least a possibility and noted that he and his wife are expecting their third child in May.

“I don’t anticipate being able to make a decision until I get through the season and see how it goes, see where I’m at physically, see how this team looks for next year, and see how the family dynamic changes with this third kid," Braun said.

Braun also was asked about the Astros' sign-stealing scandal and made it clear that the Brewers haven’t been among the teams engaging in the high-tech shenanigans that led to a wave of firings earlier this month.

The Brewers have found themselves mentioned at times during the winter as a team that might also have been stealing signs. Those accusations usually point to what are perceived as highly inflated home/road statistics.

Braun pointed to Miller Park's reputation as a hitters' paradise as reason for those numbers.

"I think that’s a big part of it," Braun said. “Teams have always been paranoid coming into our ballpark, but I also think most teams are paranoid about going to every ballpark.”