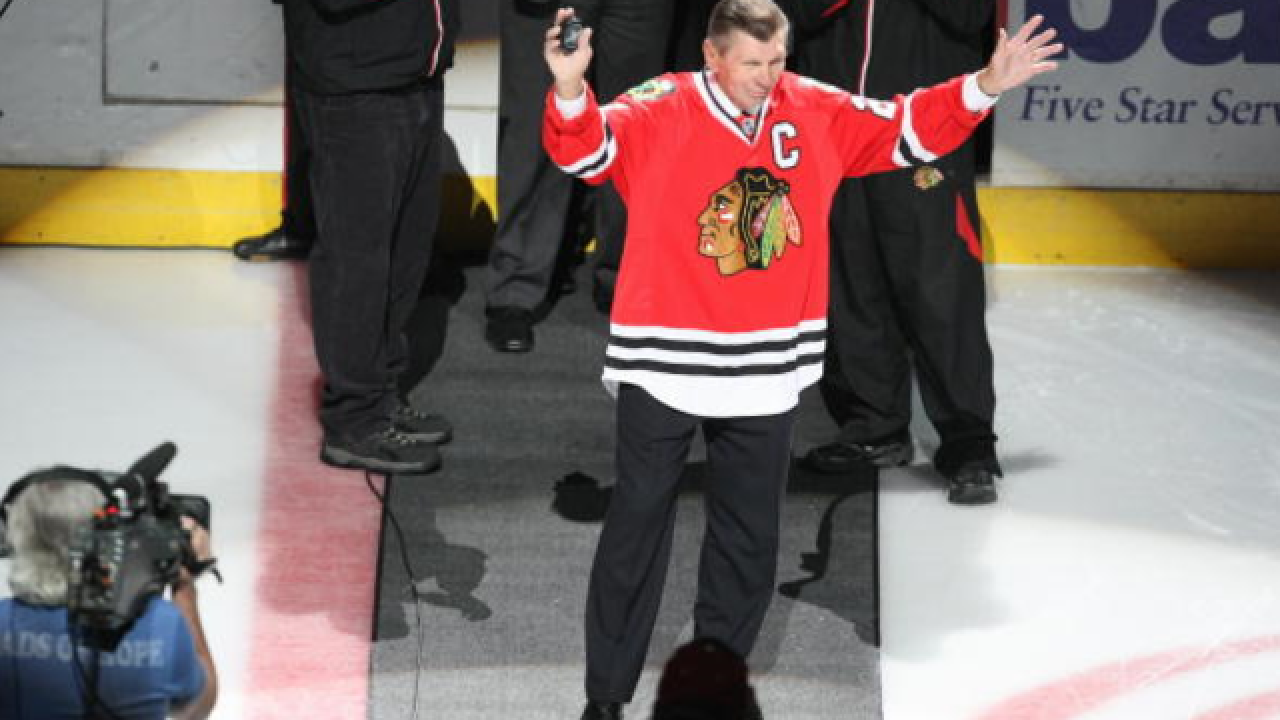 CHICAGO -- Blackhawks legend and hockey Hall of Famer Stan Mikita has passed away at age 78, according to his family.

#Blackhawks lose a legend today in Stan Mikita, who passed away at age 78: pic.twitter.com/rAPBoHSvRT

Mikita played his entire professional career with the Chicago Blackhawks, from the 1959-60 season through 1979-80 and is currently the team's all-time leading scorer.

In 1961, Mikita lead the Hawks to their third-ever Stanley Cup Championship. During that decade, Mikita also earned four Art Ross Trophies, leading the league in scoring each of those seasons.

Before Patrick Kane's 106-point season in 2015-16, the nine-time All-Star was the only Blackhawk to win the MVP's Hart Memorial Trophy in franchise history.

Aside from his incredible statistics and awards won throughout his career, Mikita changed the way hockey was played forever. Along with teammate Bobby Hull, the two were known for using curved sticks.

The bend on the sticks gives an advantage to shooters on goaltenders. Now every player in today's hockey world, including the NHL, uses curved sticks.

Mikita was also one of the first players to wear a helmet full-time during games, after he lost part of his ear when a puck struck him in a game in 1967.

Stan Mikita's memory will live on in the United Center. His number 21 is retired and hanging in the rafters. He will forever be one of the best players in NHL and Blackhawks history.

One of the greatest Blackhawks of all time, Stan Mikita. #ForeverABlackhawk pic.twitter.com/jOdghQic7g