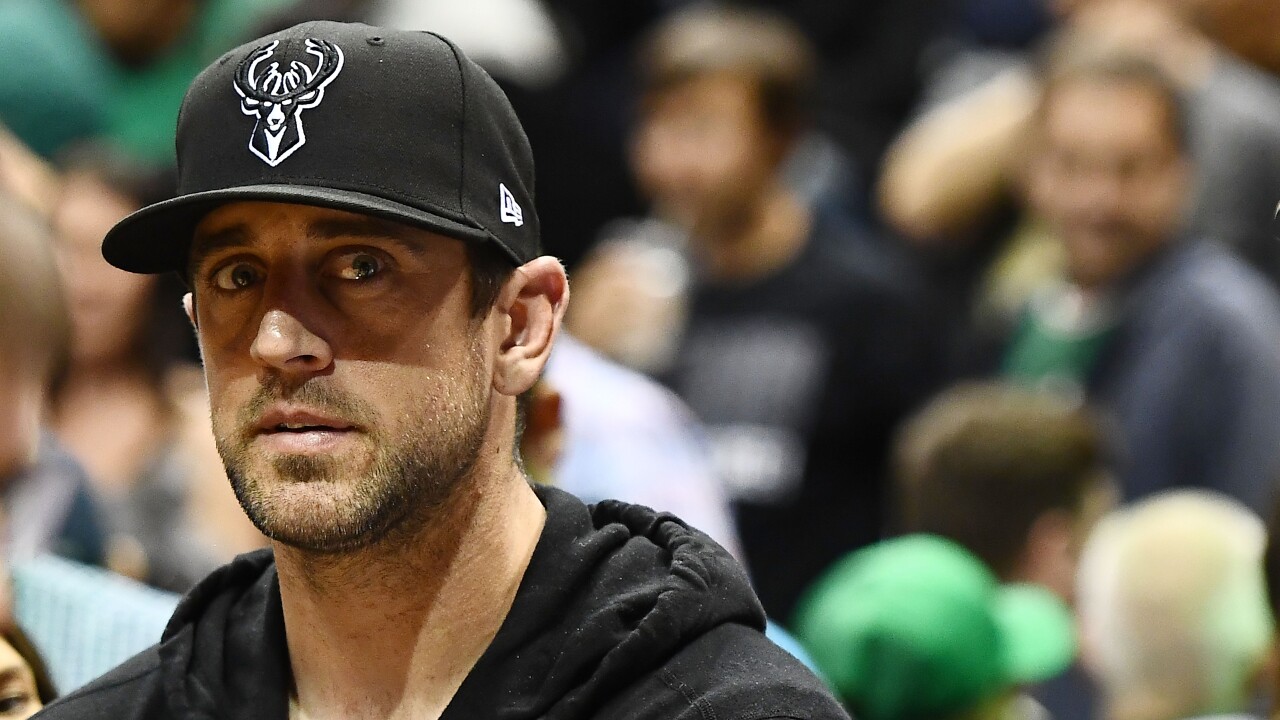 Getty Images 2018
Stacy Revere/Getty Images
MILWAUKEE, WI - APRIL 20: Quarterback Aaron Rodgers of the Green Bay Packers watches action during game three of round one of the Eastern Conference playoffs between the Milwaukee Bucks and the Boston Celtics at the Bradley Center on April 20, 2018 in Milwaukee, Wisconsin. NOTE TO USER: User expressly acknowledges and agrees that, by downloading and or using this photograph, User is consenting to the terms and conditions of the Getty Images License Agreement. (Photo by Stacy Revere/Getty Images)

As the Milwaukee Bucks take on the Boston Celtics in Game 5 of the NBA Playoffs, the real story took place in the stands.

In attendance for the pivotal game in the series, Green Bay Packers Quarterback Aaron Rodgers sat courtside with his girlfriend and former NASCAR driver Danica Patrick.

But that wasn't all. Rodgers teammate David Bakhtiari was there and he did not disappoint when he was on the jumbotron as he downed two beers as fast as he could.

Former Wisconsin Badgers standout running back Ron Dayne was also in the stands and a handful of Brewers stars were in a suite including Christian Yelich and Ryan Braun.

Thanks to the @Brewers for coming out to cheer the deer!!#ThisIsMyCrew | #FearTheDeer pic.twitter.com/Z29JJ7tKwC

Clemson football coach Dabo Swinney also made a surprise entrance. He was in attendance at the Raptors and 76ers game last night.