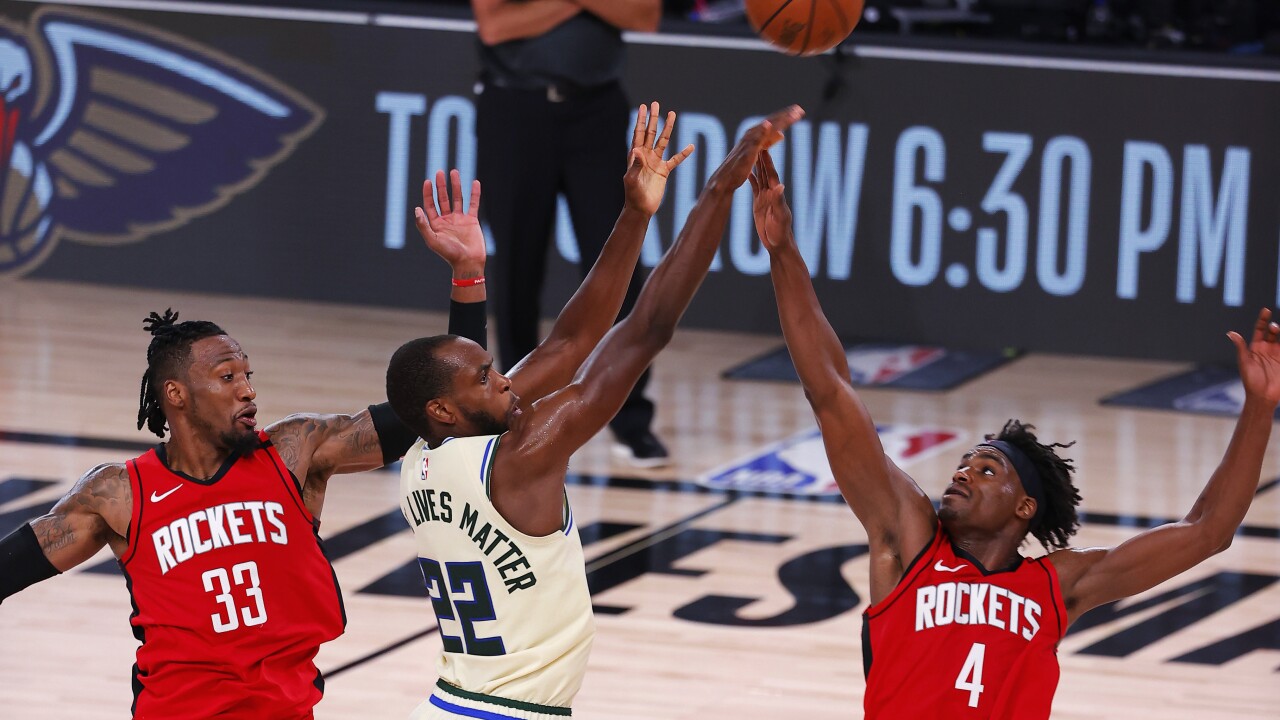 LAKE BUENA VISTA, Fla. (AP) — Russell Westbrook scored 31 points and the Houston Rockets used strong defense down the stretch for a 120-116 win over the Milwaukee Bucks.

Houston tied an NBA record for most 3-point attempts in a regulation game with 61, making 21 of them, and forced 22 turnovers.

He joined Kareem Abdul-Jabbar as the only players to have 15 games with at least 30 points, 15 rebounds and five assists in a season in the last 50 years.