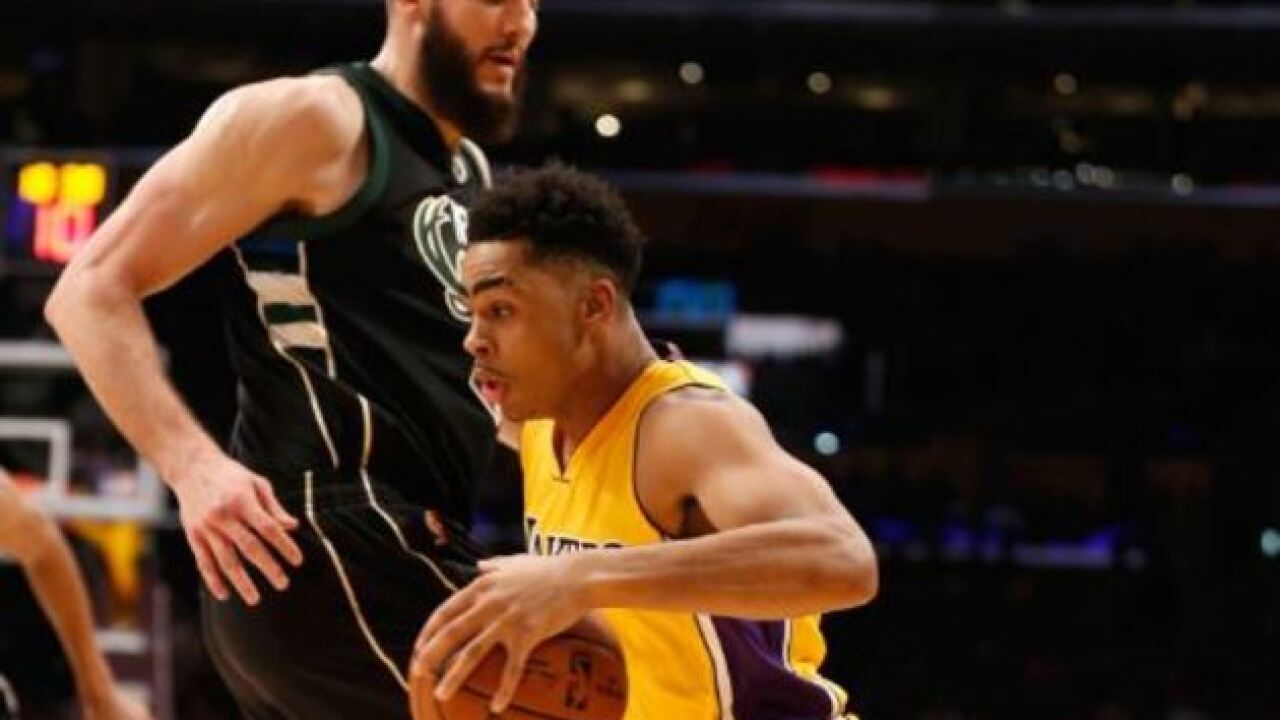 Riley, Marcus
<p><span style="color: rgb(102, 102, 102); font-family: 'Helvetica Neue', Helvetica, Arial, sans-serif; font-size: 10.8px; line-height: 16.2px;">LOS ANGELES, CA - DECEMBER 15: D'Angelo Russell #1 of the Los Angeles Lakers dribbles past Miles Plumlee #18 of the Milwaukee Bucks during the first half of a game at Staples Center on December 15, 2015 in Los Angeles, California. NOTE TO USER: User expressly acknowledges and agrees that, by downloading and or using this photograph, User is consenting to the terms and conditions of the Getty Images License Agreement. (Photo by Sean M. Haffey/Getty Images)</span></p>

Posted at 4:15 PM, Dec 16, 2015
Milwaukee Bucks fans perplexed about the team's lackluster performance against the Los Angeles Lakers Tuesday night might be interested to see what some of their key players were up to only hours earlier.
TMZ Sports posted a video Wednesday showing four players -- O.J. Mayo, Greg Monroe, Khris Middleton and Miles Plumlee -- partying inside the Ace of Diamonds strip club Monday night. The publication reports the players were at the popular club until after 2 a.m.
Hours later, the Bucks lost 113-95 to the Lakers -- one of the worst teams in the league. The outcome was even more surprising given the Bucks win over the Golden State Warriors Saturday night, the best team in the league in the midst of a record-setting streak.
Monroe was a big factor in the Warriors game, but didn't play against the Lakers. According to the Journal-Sentinal, he injured his knee at Tuesday morning's shootaround.
TODAY's TMJ4 has reached out to the Milwaukee Bucks for a comment but did not immediately receive an official response.
Scripps Only Content 2015