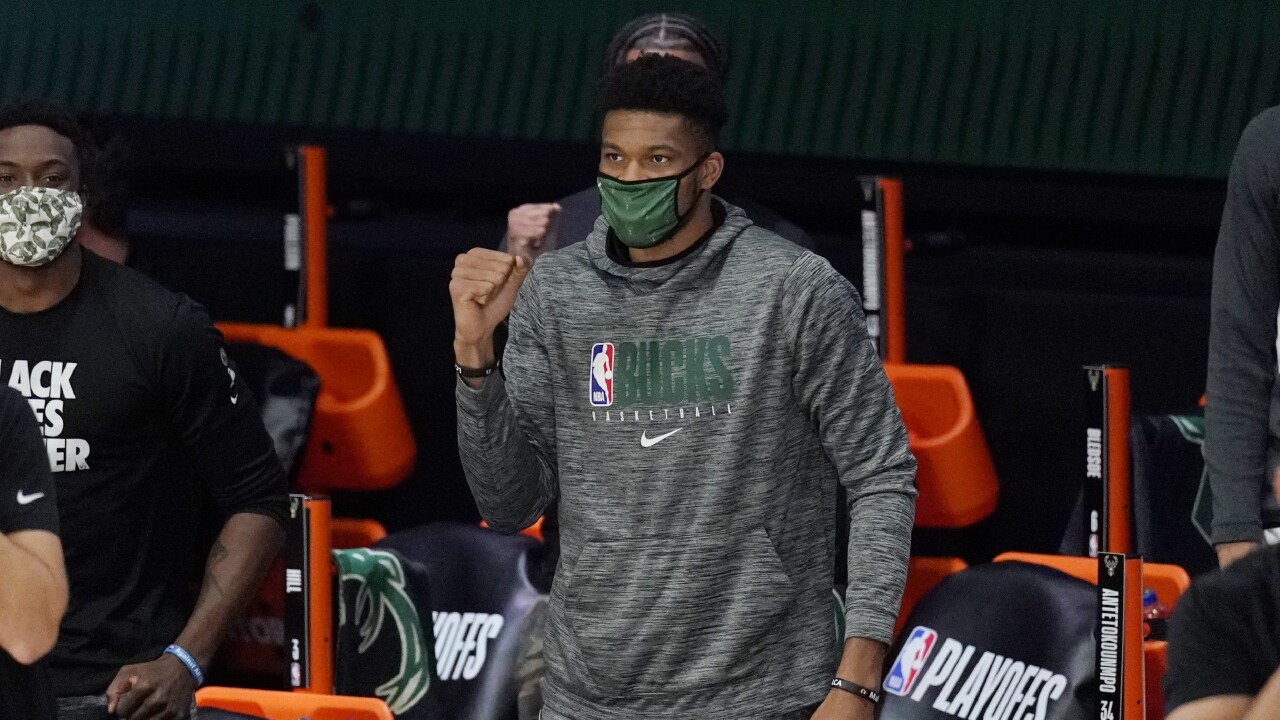 MILWAUKEE — Even after the Milwaukee Bucks lost to the Miami Heat in the playoffs Tuesday, Giannis Antetokounmpo said he's not leaving Milwaukee.

The Bucks lost to the Heat in a 4-1 series on Tuesday, and yet, Giannis isn't planning on going anywhere.

According to Yahoo Sports, Giannis said, "it’s not happening. That’s not happening. Some see a wall and go in [another direction]. I plow through it. We just have to get better as a team, individually, and get right back at it next season.”

This season was the second season in a row that the Bucks entered the NBA playoffs with the best record in the NBA but failed to make it to the finals. Even with that, though, Giannis has not lost faith.

He told Yahoo Sports, “If winning a championship was easy, everyone would have one,” Antetokounmpo told Yahoo Sports. “We lost. Everyone saw that we lost. It’s disappointing, but what are we going to do? We’re going to keep working. I’ve got confidence in my teammates.”

Prior to the game Tuesday, Giannis was named to the NBA All-Defensive first team for the second season in a row. He is also up for a back-to-back MVP award. That announcement is expected any day now.

Giannis has been with the Bucks since 2013 and is eligible for a super-max extension during the offseason. That extension could be worth more than $250 million for five years, according to Yahoo Sports.

The Bucks MVP has become a favorite in Milwaukee and the state of Wisconsin so we're pretty sure fans would be alright with Giannis sticking around.