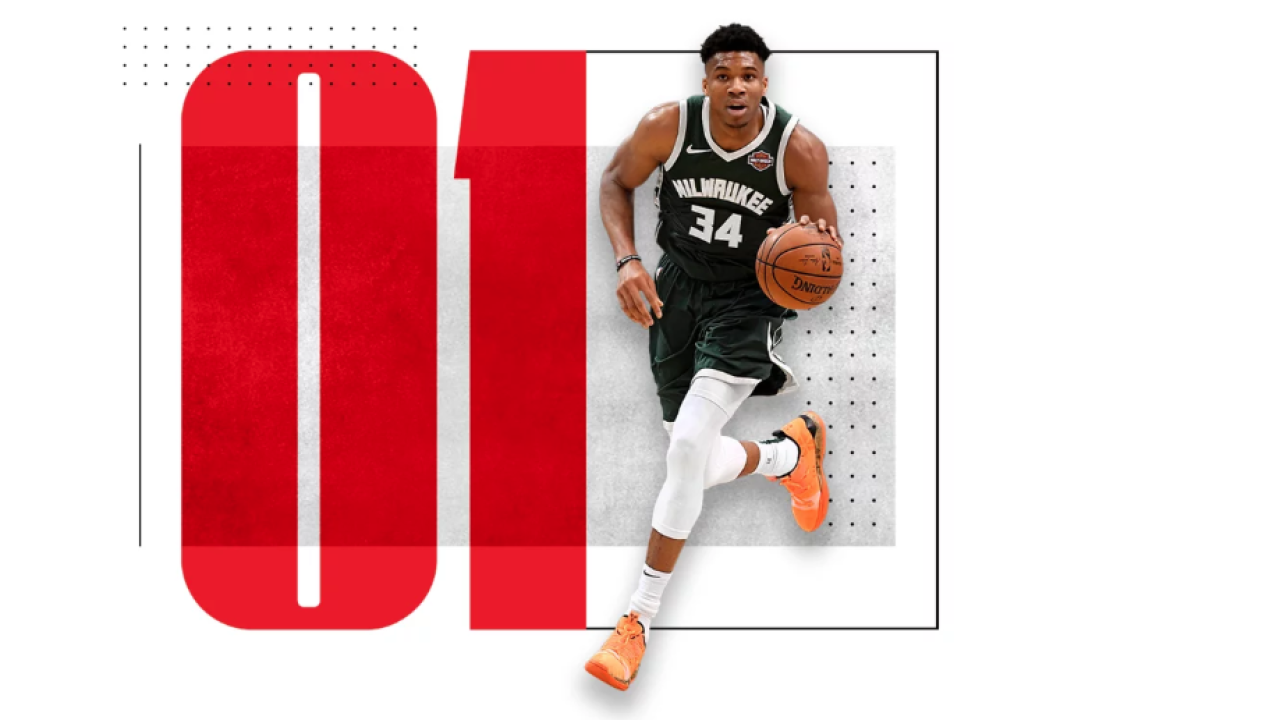 Reigning NBA MVP Giannis Antetokounmpo goes into the 2020 season as Sports Illustrated's #1 player in the league.

The Bucks' leading player averaged 27.7 points per game in the regular season and 25.5 in the playoffs. The 24-year-old made 567 shots at the rim last season. That's over 100 more than the next closest player, Andre Drummond.

The extensive list of the league's top 100 players covers seasoned vets like LeBron James, perennial stand outs like Steph Curry and James Harden, and 2019 Rookie of the Year, Luka Dončić.

The leagues second-best player is newly-traded Kawhi Leonard of the Los Angeles Clippers. He had a stand out season with the 2019 NBA Champions Toronto Raptors. LeBron James of the Los Angeles Lakers comes in third, with Steph Curry of the Golden State Warriors in the four spot. James Harden of the Houston Rockets closes out the Top five.

The 2019-20 Milwaukee Bucks will have four of the league's top players on its roster this season. Khris Middleton comes in as the 27th best player, Eric Bledsoe at 46 and Brook Lopez is 66th, according to SI.

The Bucks tip off the season in Chicago against the Bulls on October 7.