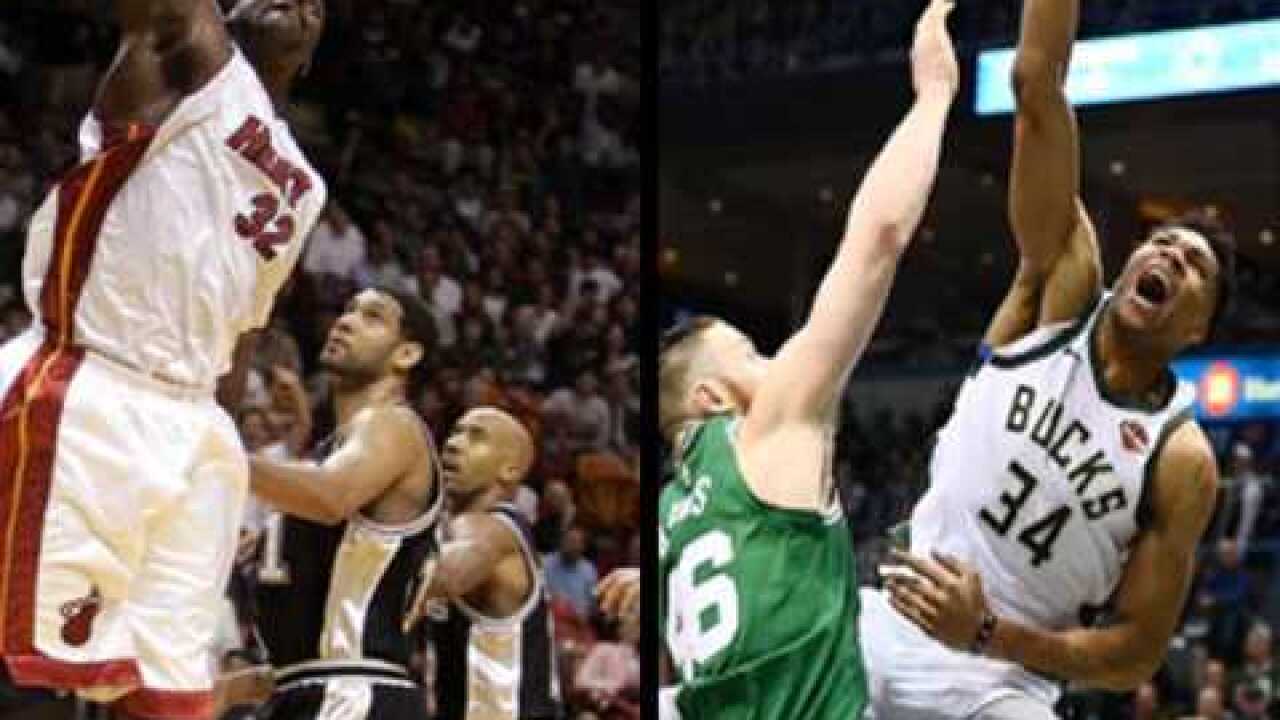 MILWAUKEE -- Widely regarded as one of the greatest and most dominant players of all-time, Shaquille O'Neal, has given Giannis Antetokonmpo an honor that no one else has ever received.

The honor is one of his old NBA nicknames.

Along with his famous nickname "Shaq," O'Neal was also referred to as "Superman" because of his 7'1 size and crazy dunking ability.

According to four-time NBA champion, there's a new NBA Superman.

Giannis Antetokounmpo is "the new Superman."

Antetokounmpo currently leads the NBA in dunks with 97. The next closest player is Rudy Gobert with 87.

Destined for his third straight NBA All-Star Game, Antetokounmpo still has some big shoes to fill, size 22 to be exact, to be mentioned in the same category as the 15-time All-Star, Shaquille O'Neal.