Report: Antetokounmpo says LeBron would be "a great fit" in Milwaukee 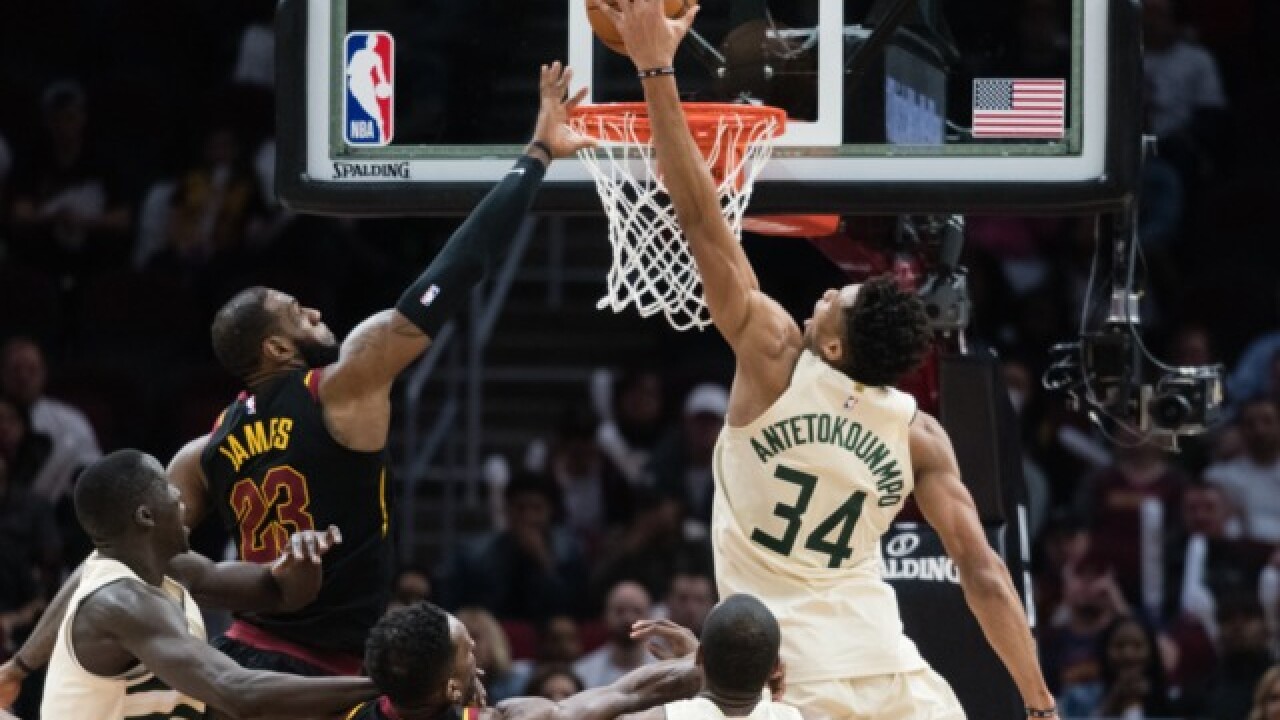 One way to immediately put the Bucks in contention for an NBA Championship would be to add LeBron James, and the Greek Freak knows it.

In fact, the Bucks’ star Giannis Antetokounmpo said if LeBron comes to Milwaukee, he’ll be in the Finals next year.

In an interview with Eurohoops.net, Giannis said about James coming to Milwaukee, “Why not? He will be a great fit, he went eight times to the Finals and that means that if LeBron James signs with us, we are going to the Finals”.

Giannis said he’s jealous of the Golden State Warriors, who have won four of the last five NBA Finals.

“When you see this and it hurts your heart, that’s when you know that you are going to get it. Because  I am not going to stop until I get it,” he told Eurohops.net.

Bringing LeBron to Milwaukee could make that dream a reality overnight.

However, after losing three of four Finals to the Warriors, James is rumored to be going to a slew of other places. The conversation has been dominated by teams like Houston, San Antonio, Los Angeles and Cleveland, not so much for Milwaukee.