Antetokounmpo pours in 34 points in loss 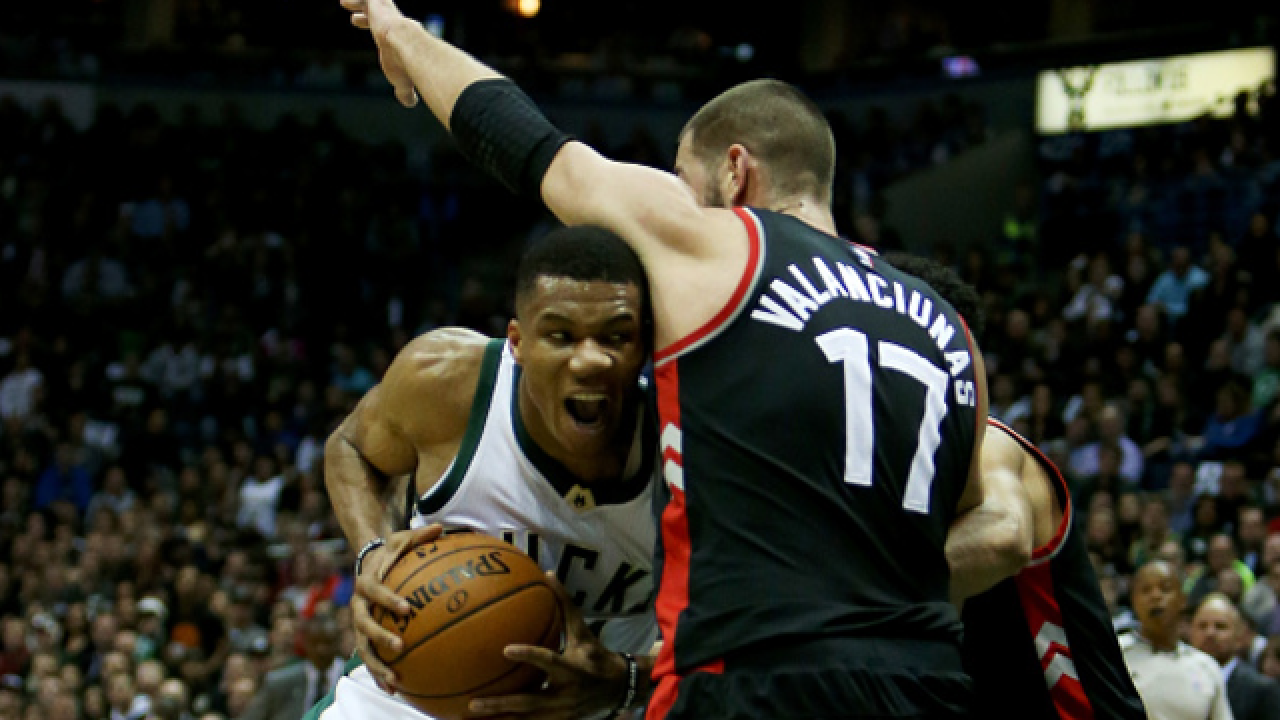 The Toronto Raptors defeated the Bucks 92-89 Thursday night, eliminating Milwaukee from the playoffs.

The Raptors will move on to second round and face the defending champion Cleveland Cavaliers.

Game 6 looked like a blowout early, with Toronto leading Milwaukee 71-46 midway through the third quarter. But the Bucks refused to go away on their home floor, and managed to cut the deficit to 13 points by the end of the period.

The run continued throughout the fourth quarter, and a Khris Middleton and-one three-pointer brought the Bucks within one with four minutes left (Middleton missed the tying free throw).

39-year-old shooting guard Jason Terry was a critical part of the second half surge. Terry knocked down a 27-foot three-pointer to give Milwaukee an 80-78 lead.

However, after sleepwalking through the entire fourth quarter, Toronto woke up and got back to work. Milwaukee managed one last run in the final minute, but a Tony Snell turnover on the inbounds play down three with 3.1 seconds remaining sealed the deal.

Antetokounmpo finished with a game-high 34 points on 13-23 shooting from the field, but just 7-13 from the free throw line.