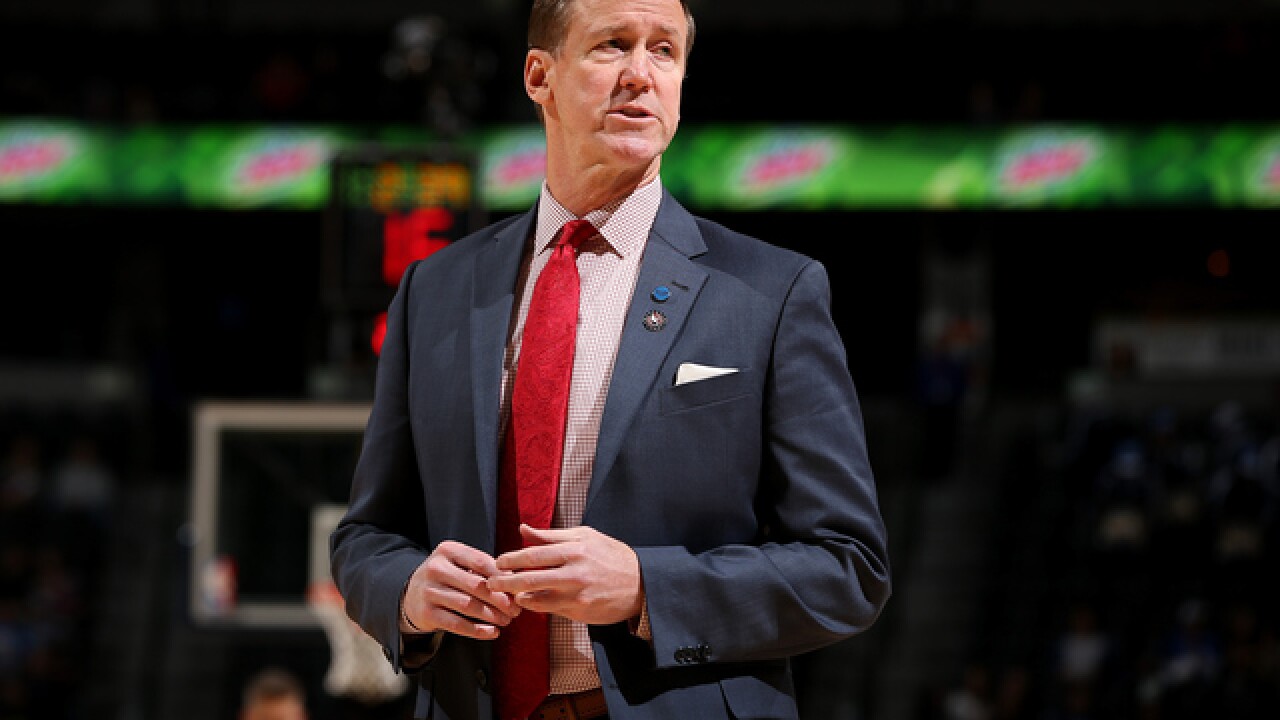 Doug Pensinger
<p>DENVER, CO - NOVEMBER 09: Head coach Terry Stotts of the Portland Trail Blazers leads his team against the Denver Nuggets at Pepsi Center on November 9, 2015 in Denver, Colorado. The Nuggets defeated the Blazers 108-104. NOTE TO USER: User expressly acknowledges and agrees that, by downloading and or using this photograph, User is consenting to the terms and conditions of the Getty Images License Agreement. (Photo by Doug Pensinger/Getty Images)</p>

MILWAUKEE -- We often call this time of year the season of giving, and one NBA coach is providing a shining example of what exactly that means.

During Monday night's victory against the Portland Trail Blazers at the BMO Harris Bradley Center, Portland Head Coach Terry Stotts did something unusual - he walked up to the Bucks announcing crew and handed announcer Jon McGlocklin a check.

That check was for the MACC Fund, a local organization McGlocklin co-founded that fights childhood cancer. Though Stotts' act of kindness could have easily gone unnoticed, McGlocklin and his partner Jim Paschke were so impressed they talked about it on the game broadcast (click or tap here to watch).

“Terry Stotts and his wife Jan have been great friends of the MACC Fund for years.  His understated manner of giving me the check in the game is typical of his wonderful style," MACC Fund President and Co-Founder Jon McGlocklin told TODAY'S TMJ4.

"He never wants attention and frankly he would not have wanted Jim Paschke and I to talk about it, but how could we not?  It was so special that it deserved our commentary.  There is a lot of good in athletics and Terry personifies it.”

That's something we can all remember during this holiday season.