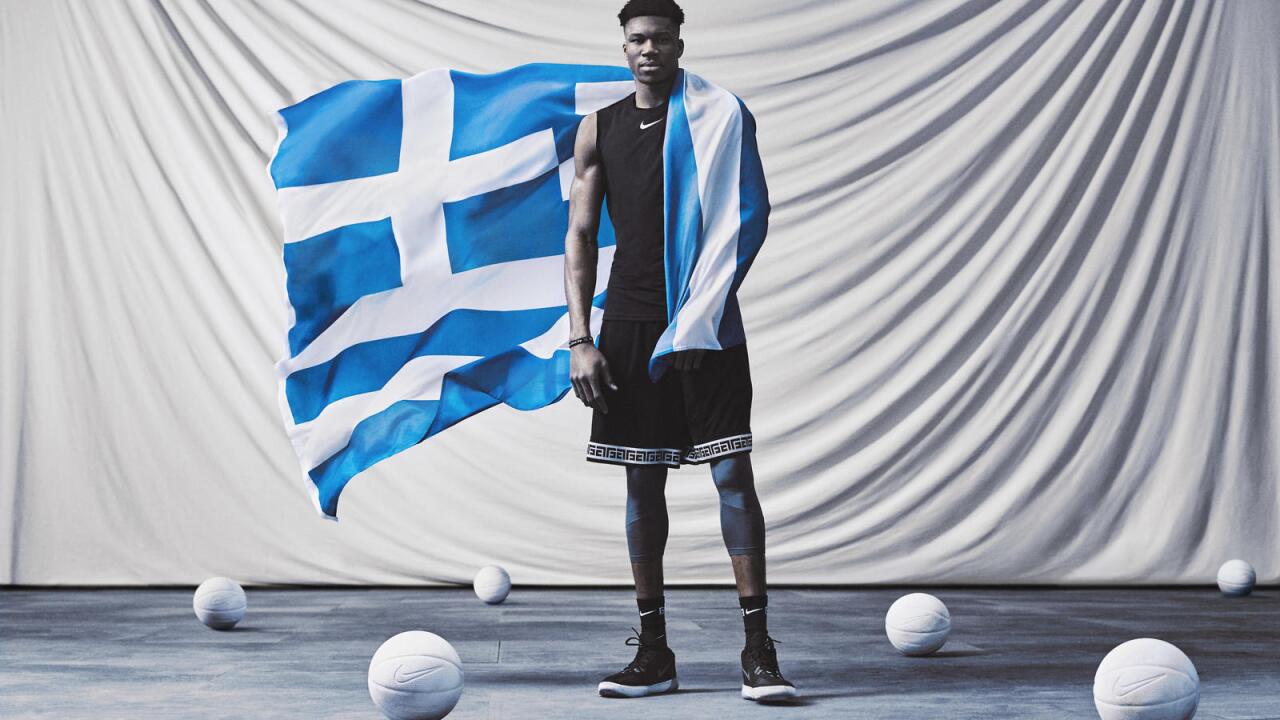 The Greek Freak met with Nike execs to devise the Antetokounmpo brand long before the title of MVP was awarded to the Milwaukee Bucks forward last Monday. Antetokounmpo's Nike debut will be released June 29.

Like most big names in the game, Giannis joins the ranks of Michael Jordan, Kobe Bryant, LeBron James and Kyrie Irving in working with the athletic apparel giant in creating a signature footwear brand. The Antetokounmpo brand will also include apparel including shorts, track suits, tank tops, socks and T-shirts.

Designers looked to Ancient Greece for inspiration, with the Greek Flag "34" as the logo seen on most apparel.

The NBA's MVP noted he will play for Greece at this year's basketball World Cup in China starting Aug. 31.