'My heart kind of stopped for a second': We talked to the girl who got Giannis' game shoes 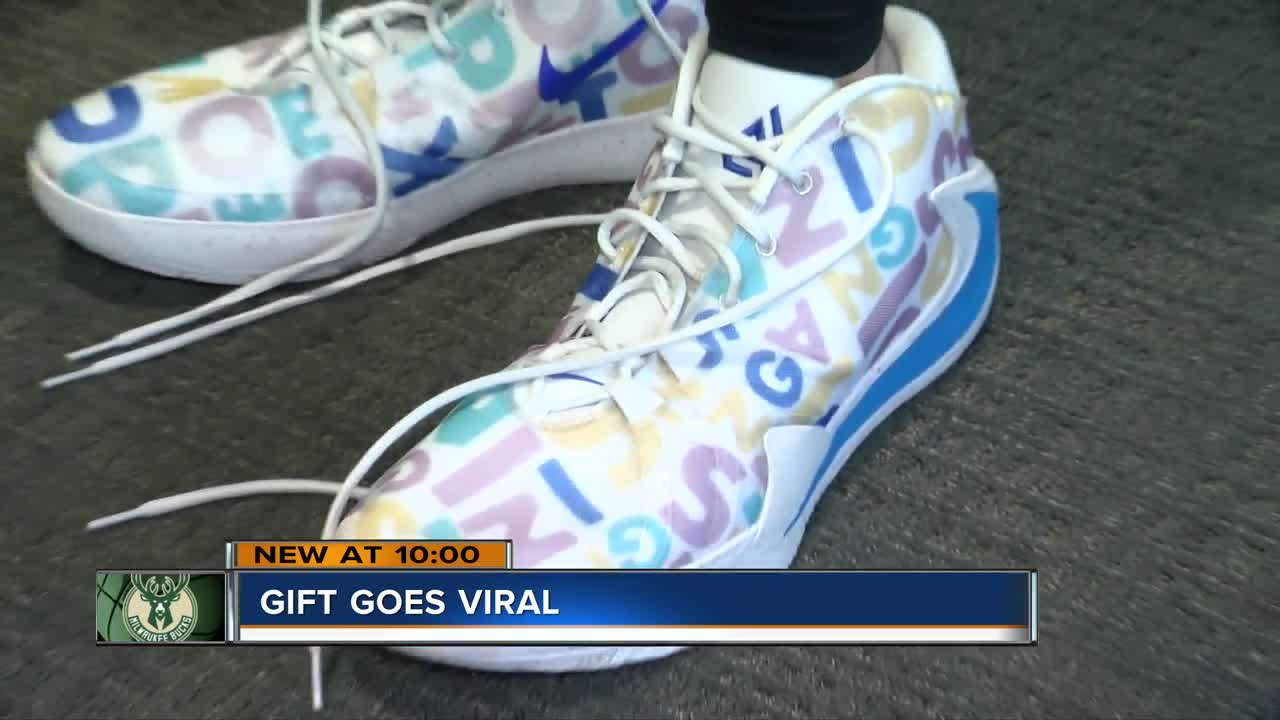 Giannis gives an early Christmas present to a lucky fan.

The little girl at the center of a viral video featuring Bucks superstar Giannis Antetokounmpo is talking about the experience. The Bucks player handed 9-year-old Tess Lueck his game worn shoes after Sunday night's game where the Bucks beat the Indiana Pacers. Lueck was holding a sign that read "Bucks you are my Inspiration."

Lueck says after the game she was taken by surprise when the Greek Freak came over to her.

"Grandpa pointed at me and said I think Giannis is looking for you... I turned around and I just see him holding out the shoes. My heart kind of stopped for a second" said Lueck.

She went to take a picture with Giannis and she said he talked with her a bit. "He said he early Christmas present, then he picked me up which I thought was kind of cool" she says.

She's also caught on camera crying tears of joy. "I was crying, I was bawling my eyes out."

After she got home, Tess' mom Laura Lueck says she wouldn't part with the shoes.

"She was walking around the house with them on and going to bed they were placed right next to her head. She just had them attached to her," Laura Lueck said. The family says they will get a protective case for the shoes to protect them.

This is not the first time Antetokuonmpo has given away a pair of shoes to a young fan. He's been caught on camera doing the gesture several times.