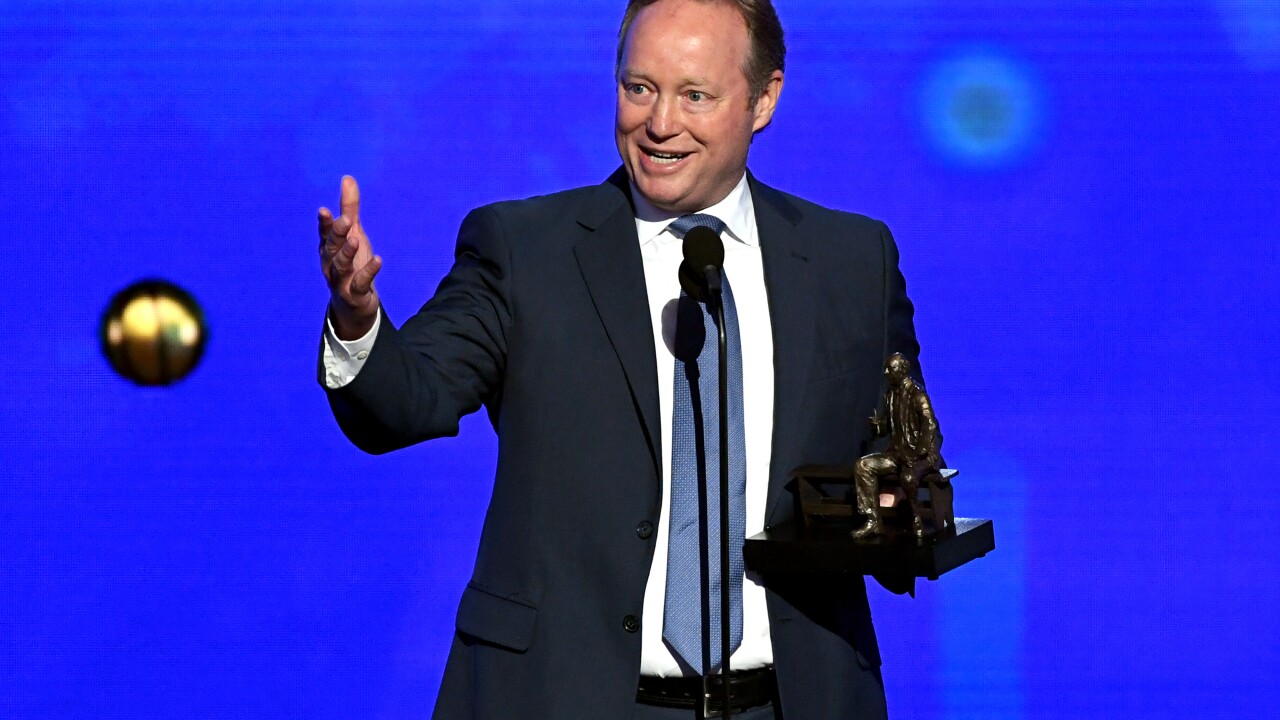 Milwaukee Bucks coach Mike Budenholzer has been named NBA's Coach of the Year, making him the second coach in Bucks history to hold the title.

Budenholzer is now a two-time winner of the award after winning for the 2018-2019 season. He joins Don Nelson as the only coaches in Bucks history to be named NBA Coach of the Year.

“We are thrilled for Coach Bud in winning NBA Coach of the Year,” said Bucks General Manager Jon Horst. “In his first season, Bud instilled a new culture and dynamic style of play that led us to 60 wins and the best record in the league. As a great communicator, he quickly earned the confidence of his players, who played hard for him night in and night out. On behalf of ownership and the entire Bucks organization, we congratulate Coach Bud for this well-deserved honor.”

Coach Bud led the Bucks to a 16-win improvement in his first season in Milwaukee. The team owned the best record in the NBA at 60-22.

Those 60 wins were tied for the team's third-most in franchise history and the most since the 1980-81 season. The Bucks then won their first playoff series and advanced to the Eastern Conference Finals for the first time since 2001.

Budenholzer earned Eastern Conference Coach of the Month honors in both January and February last season. He was named head coach of Team Giannis for the 68th All-star Game after the Bucks had the best record in the Eastern Conference on Feb. 3.

NBA Coach of the Year was voted on by media.