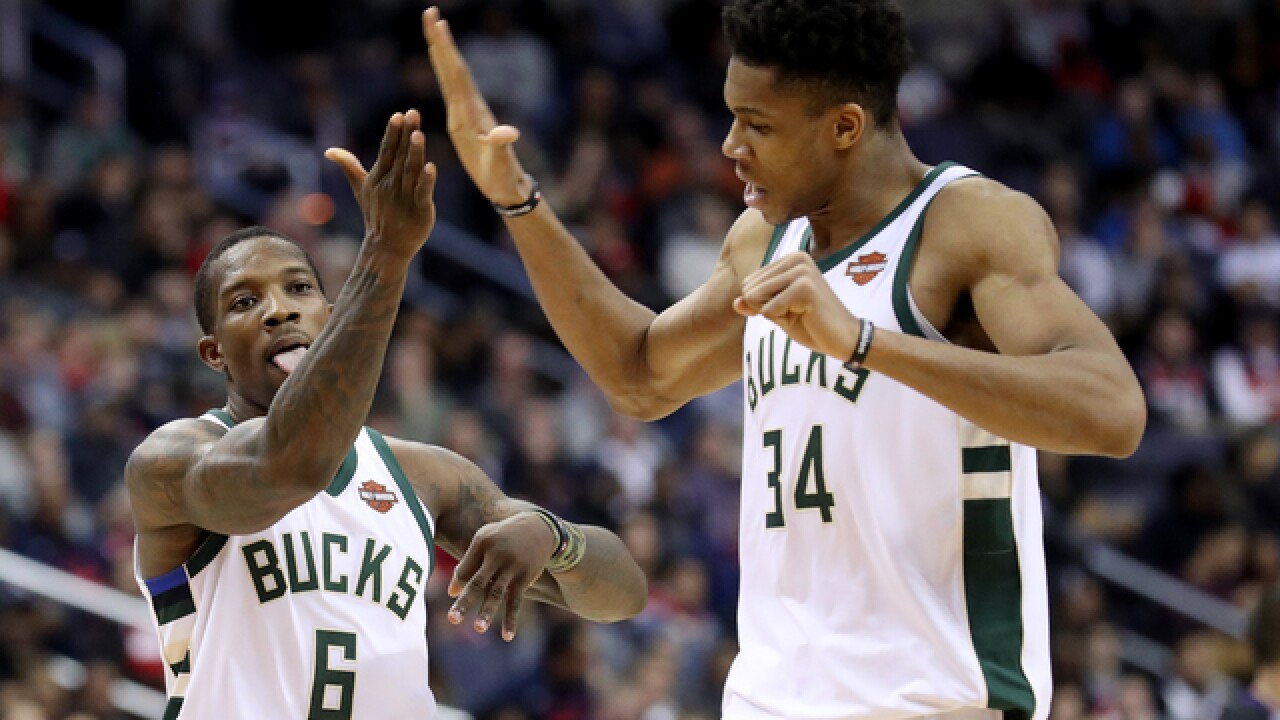 Copyright 2018 Scripps Media, Inc. All rights reserved. This material may not be published, broadcast, rewritten, or redistributed.
Rob Carr
WASHINGTON, DC - JANUARY 6: Eric Bledsoe #6 celebrates with Giannis Antetokounmpo #34 of the Milwaukee Bucks after hitting a three pointer in the fourth quarter against the Washington Wizards during the Bucks 110-103 win at Capital One Arena on January 6, 2018 in Washington, DC. NOTE TO USER: User expressly acknowledges and agrees that, by downloading and or using this photograph, User is consenting to the terms and conditions of the Getty Images License Agreement. (Photo by Rob Carr/Getty Images)

The Milwaukee Bucks have officially clinched a playoff spot.

We are IN. #FearTheDeer pic.twitter.com/YzvxWrObpY

The Bucks needed a loss from the Pistons Wednesday night, and Detriot delivered after they fell to Philadelphia 115-108.

The Bucks currently sit 42-36, tied with both the Heat and the Wizards, but because of tiebreakers, they own the eight seed. CBSSports currently predicts them to finish as the seven seed.

Milwaukee was the eighth and final team to clinch a playoff spot in the Eastern Conference, meaning the entire field is now set.

If the season ended today, the Raptors would the one seed and the Bucks first-round opponent.

Outside the Raptors, the Bucks could also potentially run into Boston, Cleveland, Philadelphia or Indiana in the first round.

The Bucks have four more games left in the 2018 regular season, and only two home games against Brooklyn and Orlando.

Their final game of the season will be April 11 against Philadelphia on ESPN.