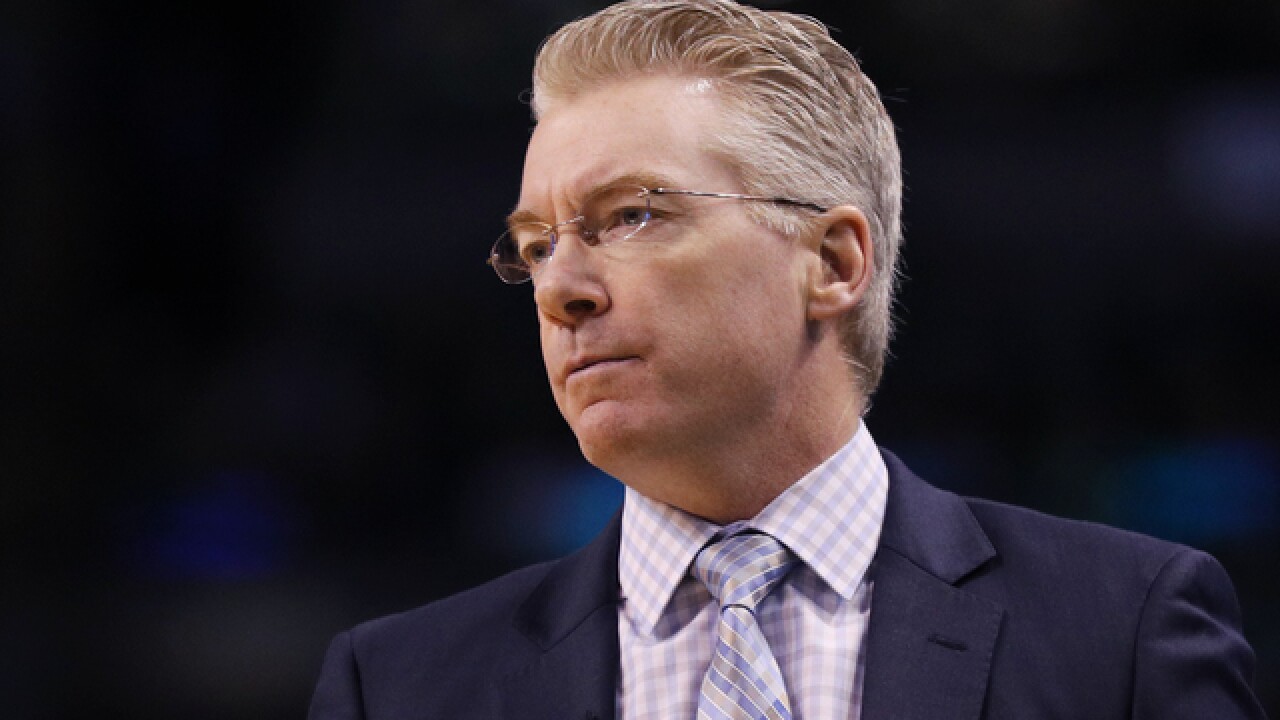 Copyright Getty Images
Maddie Meyer
<p>BOSTON, MA - APRIL 15: Joe Prunty of the Milwaukee Bucks looks on during the third quarter of Game One of Round One of the 2018 NBA Playoffs against the Boston Celtics during at TD Garden on April 15, 2018 in Boston, Massachusetts. (Photo by Maddie Meyer/Getty Images)</p>

MILWAUKEE (AP) -- The Milwaukee Bucks' coaching search is underway, with interviews starting as early as this weekend.

"For us we're on a really thought-out process," general manager Jon Horst said Friday. "It will start out immediately and we'll hopefully get to a great result at the end of it."

Current coach Joe Prunty will be among those interviewed after the former assistant led the Bucks to a 21-16 record following the firing in late January of Jason Kidd. The Bucks said then that Prunty would get a shot to keep the job.

"Joe has earned the right to be part of this process. He will be," Horst said at the Bucks' training facility. "Now it's our job to not only focus on Joe but the other candidates that we're going to bring in and try to come up with a great result."

The Bucks' job is attractive with a new arena opening in the fall and budding NBA superstar Giannis Antetokounmpo leading a young core.

Interviews could start as early as Saturday, Horst said, and there was no timeline to make a hire. Teams are also preparing for the NBA draft on June 21, and free agency begins July 1.

"So we'd like to have someone in place in a timely manner, but we're not going to rush a decision ... at the end of the day, we'll take as a long we need to take the right person," Horst said.

The Bucks took a small step forward this year after winning 44 games, two better than last year. They were eliminated in seven games in the first round of the playoffs by the Boston Celtics, a year after losing in six in the first to Toronto.

Forward Jabari Parker returned in early February from the second major left knee of his career. About the same time, key guards Malcolm Brogdon (quad) and Matthew Dellavedova (ankle) went down with injuries that forced them to miss of the last two months of the year.

Milwaukee adjusted to the arrival of guard Eric Bledsoe by trade from Phoenix in November, along with the firing of Kidd.

"I was really proud of our guys, I thought we continued to get better," Horst said. "We kind of fought through some adversity and to put ourselves in position to have a real chance to win in spite of all those things, I thought was pretty remarkable."