Jason Terry intends to return to Milwaukee for 2018-2019 season 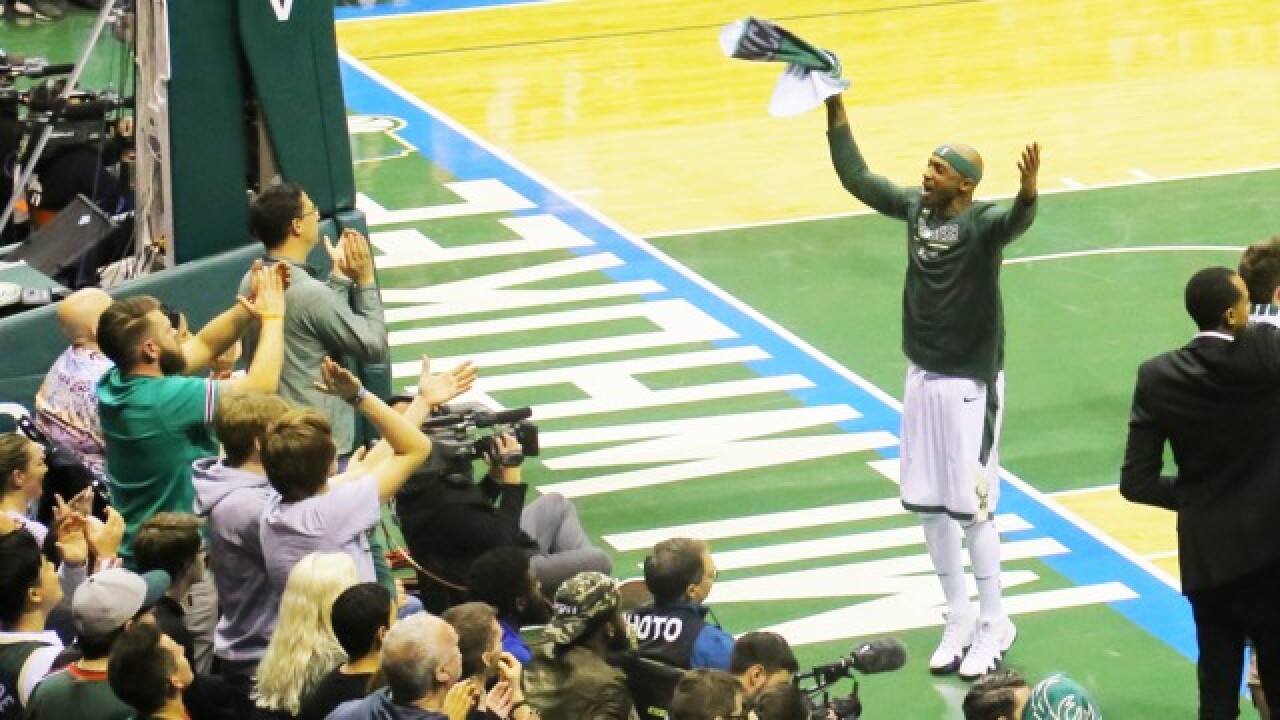 Copyright 2018 Scripps Media, Inc. All rights reserved. This material may not be published, broadcast, rewritten, or redistributed.
<p>Jason Terry riles up the fans. </p>

Jason Terry intends to play another season with the Bucks, per the Journal-Sentinel's Matt Velazquez.

Jason Terry says he intends to play another season and wants it to be with the Bucks. Has discussed that with management already. Wants to see things through here in Milwaukee.

Terry, who turns 41 this September, would be returning for his 20th season in the NBA and his third with the Milwaukee Bucks.

But more than his on the court impact, Terry was a mentor to the locker room and an inspiration for Bucks fans.

"He’s an inspiration to these guys," Bucks assistant coach Vin Baker told the Tucson Stars Jon Gold ."If you’re 40 years old and doing the things the staff is asking you to do — I mean, we’re watching film sessions or going through practice, and he’s inspiring guys half his age by saying, ‘Hey, if I can do it, you can do it.'"

JET, a nickname given to Terry based on his initials, Jason Eugene Terry, might not have a lot of jet left in him, Bucks rookie DJ Wilson joked the last time he dunked was in college , but he still wants to keep living the dream of being in the NBA.

“For any kid in America who ever had a dream, when you’re living your dream, why would you want to wake up?" Terry told Gold . “You stay asleep as long as you can, and one day, yeah, you’ll wake up. For me, it’s just not right now.”