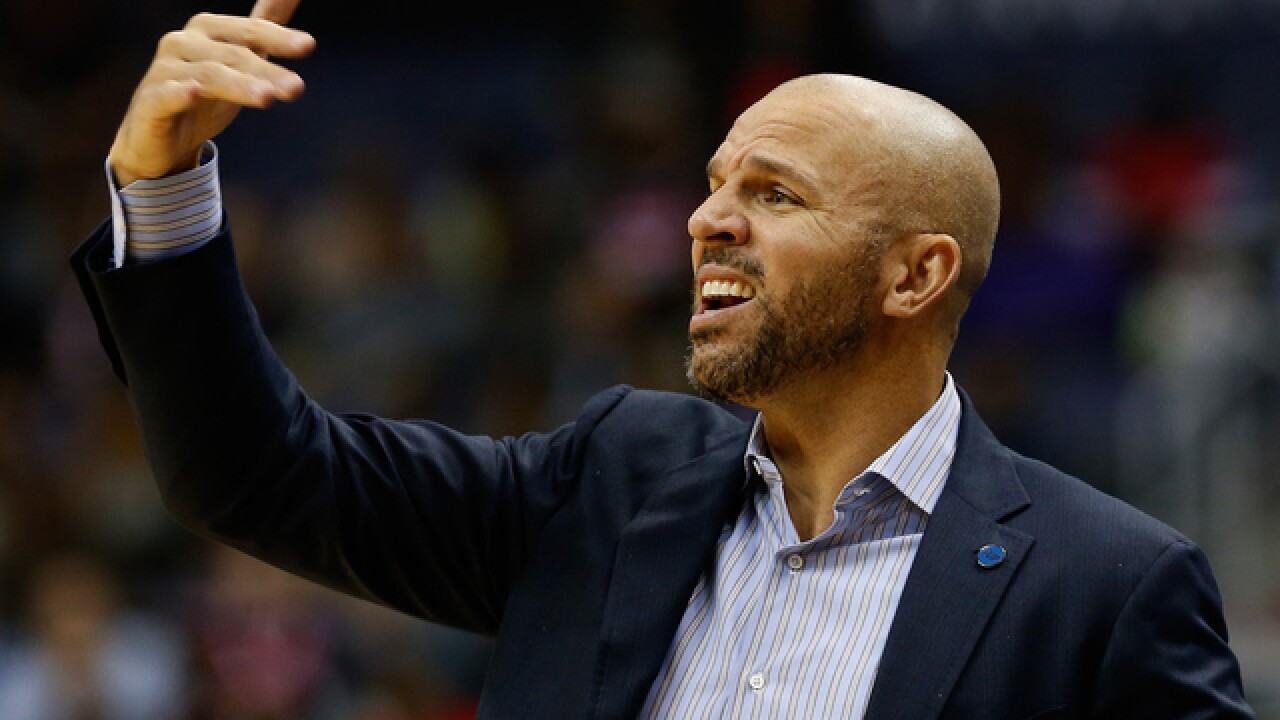 Rob Carr
<p>WASHINGTON, DC - NOVEMBER 17: Head coach Jason Kidd of the Milwaukee Bucks motions to his team in the first half against the Washington Wizards at Verizon Center on November 17, 2015 in Washington, DC. NOTE TO USER: User expressly acknowledges and agrees that, by downloading and or using this photograph, User is consenting to the terms and conditions of the Getty Images License Agreement. (Photo by Rob Carr/Getty Images)</p>

NEW YORK (AP) -- The NBA has suspended Milwaukee Bucks coach Jason Kidd for one game without pay for his aggressive conduct toward a referee.

His actions came during Wednesday night's 129-118 home loss to Sacramento. Kidd is to serve his suspension Friday night when the Bucks play at Orlando.

Kidd was assessed a technical foul and ejected with 1:49 left in the game. The league on Friday cited him for ''pursuing and confronting'' the official, slapping the ball out of his hands and not leaving the court in a timely manner when ejected.

Kidd got no chill https://t.co/OIZWR5wxJg