Giannis Antetokounmpo sues contractor for $238,000 worth of work, which included a custom shoe closet 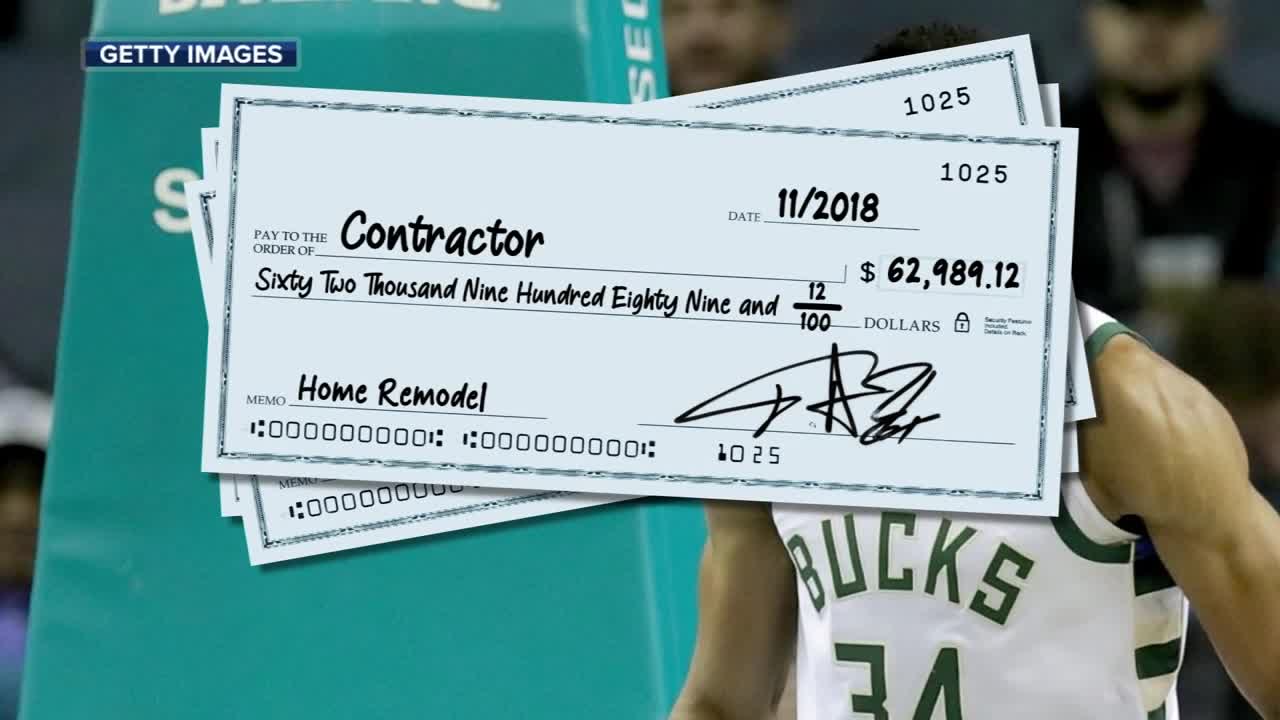 Bucks superstar Giannis Antetokounmpo is suing his contractor for allegedly not finishing work on his River Hills home.

RIVER HILLS — Bucks superstar Giannis Antetokounmpo is suing his contractor for allegedly not finishing work on his River Hills home.

The lawsuit filed in Milwaukee County Civil Court Monday alleges the basketball player paid $238,154.92 for the work, some of which was never completed.

The suit says Antetokounmpo asked the construction company to do extensive painting, new counter-tops, electrical work, a basement remodel, landscaping, new light fixtures, flooring, in-home and entertainment system, shoe closet, and exterior fencing for the property. The fence alone was valued at more than half of the project at $144,750.00.

Contractor being sued by Giannis ignores request for comment

The suit says the proper permits were not obtained by the contractor from the Village of River Hills and the fence was never built. It also says the contractor "... did not perform the work called for in the description of labor in a workmanlike manor, and some construction was not completed at all."

TODAY'S TMJ4 left messages for the Cedarburg based contractor and stopped by their headquarters, but was unable to get a comment from a business representative.