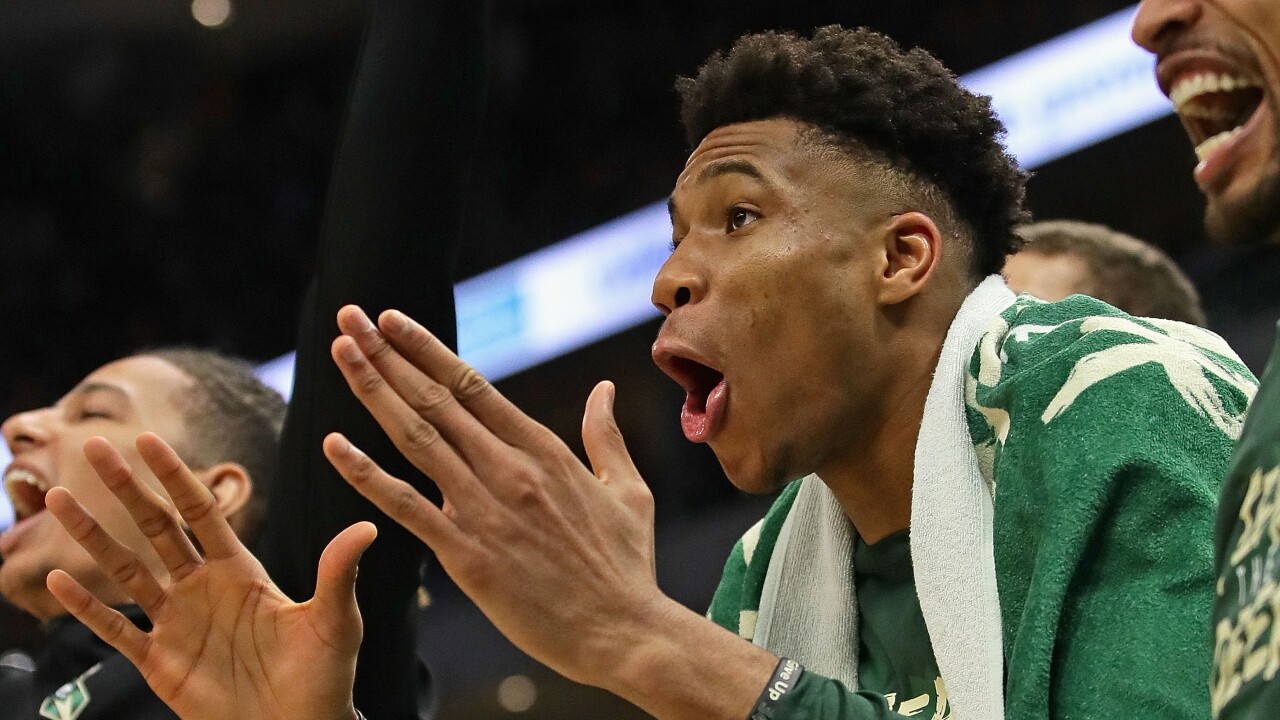 Jonathan Daniel/Getty Images
MILWAUKEE, WISCONSIN - MAY 08: Giannis Antetokounmpo #34 of the Milwaukee Bucks reacts on the bench after a teammate dunked against the Boston Celtics at Fiserv Forum on May 08, 2019 in Milwaukee, Wisconsin. The Bucks defeated the Celtics 116-91. NOTE TO USER: User expressly acknowledges and agrees that, by downloading and or using this photograph, User is consenting to the terms and conditions of the Getty Images License Agreement. (Photo by Jonathan Daniel/Getty Images)

MILWAUKEE — Milwaukee Bucks MVP Giannis Antetokounmpo has been named the Eastern Conference player of the week for Oct. 28 - Nov. 3.

After a tremendous game on Saturday, Giannis has led the Bucks to a 3-1 record while averaging 25.3 points per game last week. He had at least 20 points and 10 rebounds in three of the four games, and has already won this award nine times throughout his career. Six of these wins came from last season alone.

According to the Bucks, Giannis is averaging 13.8 rebounds which is 3rd in the NBA. He also is, "the first player in NBA history to tally at least 150 points, 80 rebounds and 40 assists in the first six games of a season."