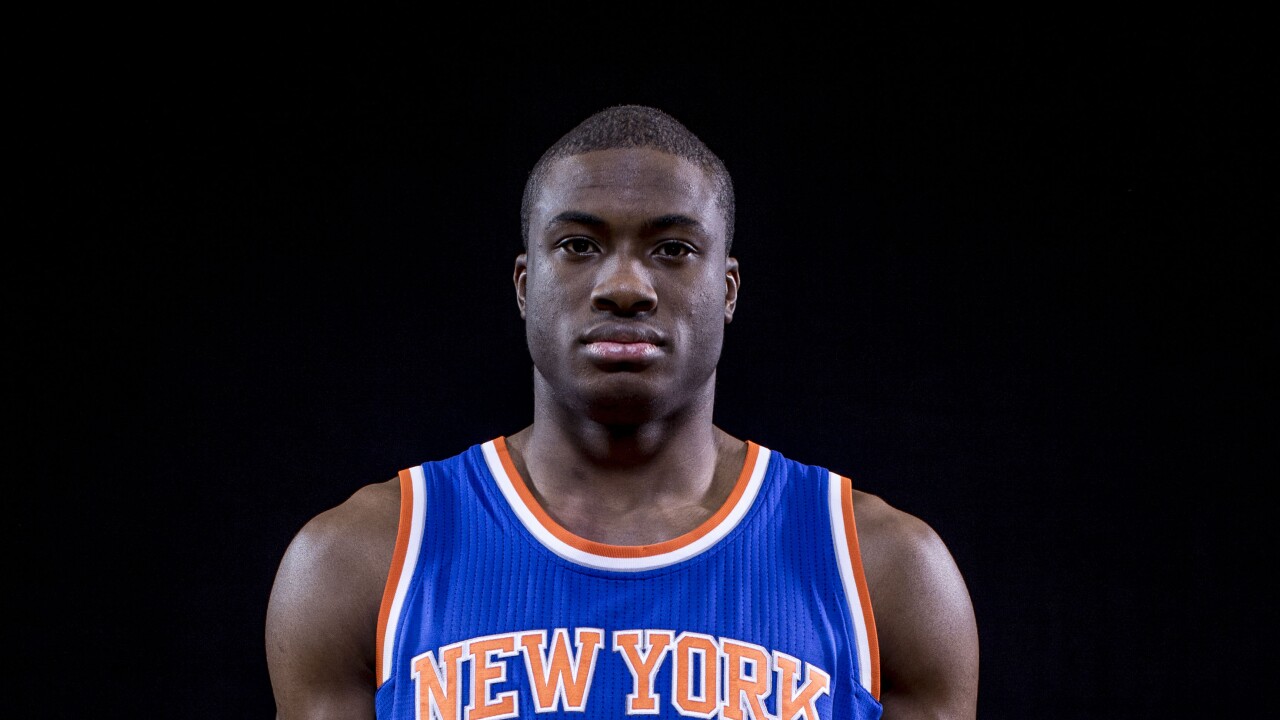 Nick Laham/Getty Images
TARRYTOWN, NY - AUGUST 03: Thanasis Antetokounmpo #43 of the New York Knicks poses for a portrait during the 2014 NBA rookie photo shoot at MSG Training Center on August 3, 2014 in Tarrytown, New York. NOTE TO USER: User expressly acknowledges and agrees that, by downloading and or using this photograph, User is consenting to the terms and conditions of the Getty Images License Agreement. (Photo by Nick Laham/Getty Images)

The Bucks are adding an Antetokounmpo to the roster. Giannis' older brother, Thanasis, is finalizing a two-year deal with the team, according to Eurohoops.

The 26-year-old's contract will be guaranteed, and is expected to bring him in a total of $3 million.

Thanasis has played basketball in Greece with Panathinaikos for the past two years. He averaged 3.6 points and 2.2 rebounds in 33 games last season, according to ESPN.

He was originally drafted by the New York Knicks in the second round of the 2014 NBA draft.