Giannis Antetokounmpo to be featured on '60 Minutes' this Sunday 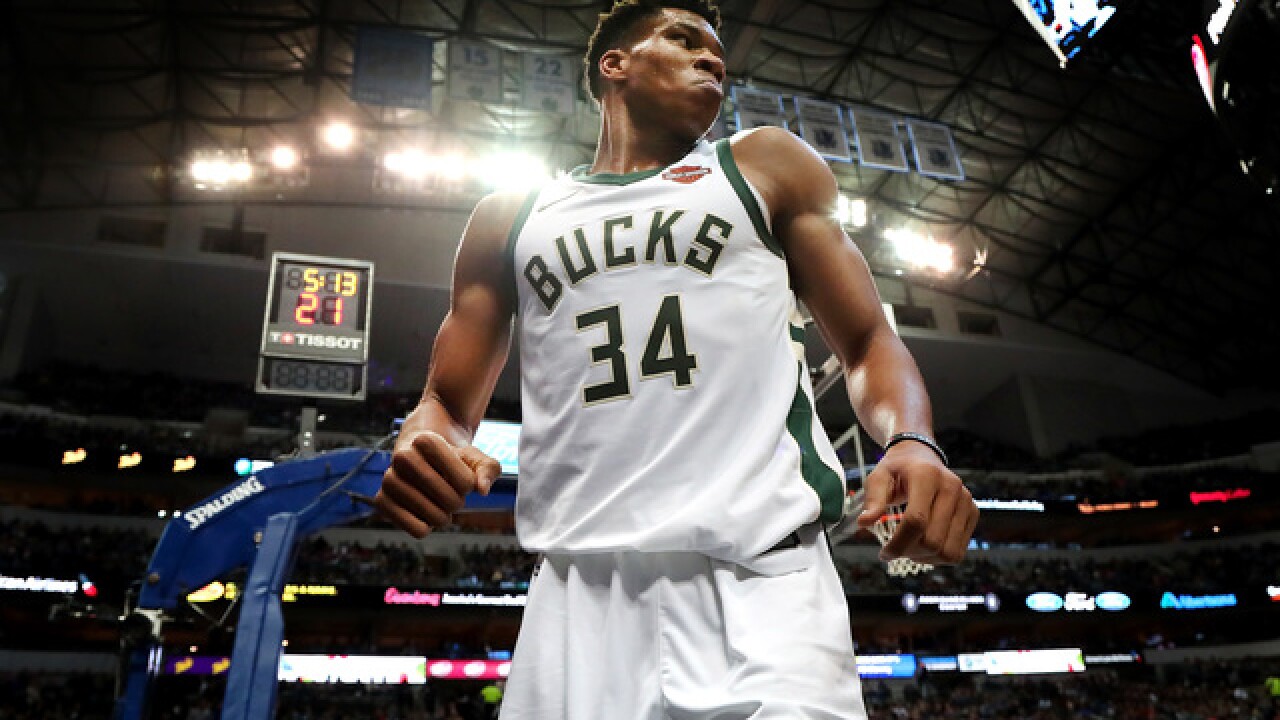 Copyright 2018 Scripps Media, Inc. All rights reserved. This material may not be published, broadcast, rewritten, or redistributed.
Tom Pennington
DALLAS, TX - NOVEMBER 18: Giannis Antetokounmpo #34 of the Milwaukee Bucks reacts against the Dallas Mavericks in the second half at American Airlines Center on November 18, 2017 in Dallas, Texas. NOTE TO USER: User expressly acknowledges and agrees that, by downloading and or using this photograph, User is consenting to the terms and conditions of the Getty Images License Agreement. (Photo by Tom Pennington/Getty Images)

Bucks forward Giannis Antetokounmpo will be featured on '60 Minutes' this Sunday.

The rising NBA star will discuss the struggles of growing as a member of an impoverished family in Greece and how his persistence to support his family has translated to his basketball career.

Milwaukee Bucks superstar Giannis Antetokounmpo tells 60 Minutes about selling trinkets on Athens streets to help his family and how that persistence has propelled him in the NBA. Steve Kroft reports, Sunday. https://t.co/U61lo3R8Ey pic.twitter.com/jhCX1pl2ZS

Most of Milwaukee knows Antetokounmpo as the Greek Freak, a jaw-droppingly athletic, do-it-all super athlete who is one of the most exciting players in the NBA.

But, before the once lanky, 19-year old kid from Athens was drafted as a raw prospect by the Milwaukee Bucks in the 2013 NBA draft and shifted all his attention to basketball, he spent a majority of his childhood trying to help out his family in any way he could.

The full interview will air this Sunday.